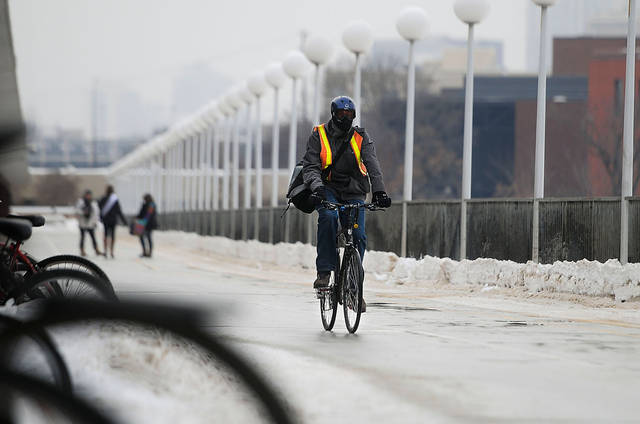 Hennepin County added a bicycle and pedestrian coordinator position to address biking issues in the metro area, including improvements to transportation near the University of Minnesota.

Kelley Yemen, who previously worked for the New York City Department of Transportation, assumed her new role Monday. She will coordinate collaboration between county and municipal units and help lead initiatives like implementation of Minneapolis’ Bicycle Master Plan.

Bill Lindeke, a University researcher who specializes in non-motorized transportation, said the new position is a step in the right direction for the county.

The county’s transportation initiatives will help increase accessibility for bicyclists and pedestrians around the University,
he said.

The new position echoes the county’s goal of improving non-motorized transportation infrastructure, which will be accomplished in part by a bike path update plan, which is set to begin this summer.

“We’ve been doing a lot of work and making a lot of investments with bicycles, but we’ve been doing it on a project-by-project basis. … This is a smarter way to do it,” said Peter McLaughlin, commissioner for Hennepin County’s 4th District.

He said he hopes the new position will help organize current and new bicycling projects, like adding bike lanes on the Franklin Avenue Bridge.

McLaughlin said the county hopes to add a protected bicycle lane on Washington Avenue, separating cyclists from vehicles with a curb.

The opening of the 8-mile light rail Green Line on June 14 will change non-motorized transportation routes in Minneapolis, McLaughlin said, and Yemen will help address those issues.

“We will try to make sure that [the light rail] has good bicycle connections to the stations,” he said.

Besides planning new projects, Yemen said she will analyze data to measure the county’s bicycling and pedestrian progress.

In 2012, more than 10 percent of all Minneapolis residents commuted by either walking or bicycling, according the U.S. Census Bureau.