In ancient times children gathered around the fire, listening to the stories of their ancestors – stories they would later on keep alive for generations. From September 23-25 the African heritage was carried on at the 19th Annual Black Master Storytelling Festival “Signifyin’ & Testifyin'” in Minneapolis and St. Paul. The stories will continue at the 28th Annual National Black Storytelling Festival and Conference “In the tradition…” in Minneapolis from November 17-21, 2010.

“Children always needed stories to entertain them but they also needed tales to teach them how to act with one another, how to take care of the environment and what things to watch out for”, said Nothando Zulu, president of the Black Storytellers Alliance. “I believe most cultures have that – a time and place where people would come together with the children and tell their stories.”

Well-known artists from all over the country-Dallas, San Juan Capistrano, Providence and Chicago, for instance-performed at the conference. Among them were several local storytellers, who entertained their audience with music, singing, and dancing. The festival’s events were free, open to the public, and attracted more than 1000 people during the whole weekend, according to organizers. 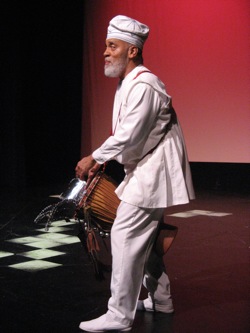 “This festival is about sharing experiences, historical pieces, giving inspiration, entertaining – it is all of those things,” said Zulu. “Our philosophy is that art is a direct reflection of our culture. Each performance draws from the richness of the African and African American experience.

“Each one of us has a different method and different way of finding the story they want to tell. Storytelling and stories come from such a wide range that there are no categories for them.”

Among the many stories were one about an ancient African king discovering America years before Columbus, another about an ape and a lion, and a story about a lazy farmer forgetting to act according to the morals he teaches.

While many stories share values, each artist has a motivation of their own to carry on their stories and tales. For Tejumola F. Ologboni, storytelling is a long and meaningful family tradition.  Beverly Cottman, a local storyteller, said that she does “storytelling to pass on culture and history, to keep the spirit of our ancestors before us alive.” 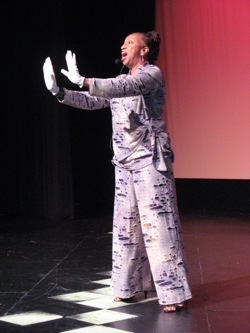 Victoria Burnett performs her stories because for her “it is a way of teaching, deposing types of truth and sometimes to encourage, sometimes to educate, and sometimes to admonish.” Rhode Island Black Master Storyteller Valerie Tutson said, “I am passionate about making sure that we know the broad expense of the black experience around the world.”

Keeping this oral tradition alive becomes increasingly difficult in a world strongly influenced by various communication flows, broadcasting media, the internet, and social networking. “We were telling stories before Twitter” was the motto for September’s Annual Black Master Storytelling Festival. “We want to continue the oral tradition. We want to keep the human contact”, said Nothando Zulu.

Ologboni, from Milwaukee, confirmed Zulu’s statement, saying that “the thing the electronic media does not have is when I come up playing my drums and see the audience that’s when I decide what I am going to do. I can feed off the audience, I can look at their faces and see the point where they become a little uncomfortable and I can see the point when their eyes begin to show a little enlightenment. And I know what to push. You can’t do that on Twitter – it has to be done immediately face to face.” 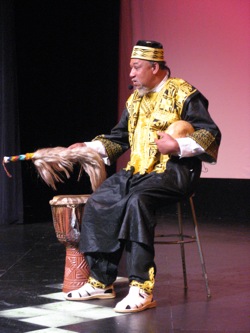 Through such festivals the Black Storytellers Alliance wants to ensure that, in the coming decades, children will still come together, listening to the stories of their families and friends, of their history and background and that they will be able to retell the stories when they grow older.

“I call the children down, because I really do want them near me. They give me energy,” said Zulu. “Despite all of this technology that comes through, still the human contact is the best we have, and we shouldn’t forget that. The technologies, those things pass, but it is the human contact that makes the difference and remains. And our stories help us to keep that contact.”