The soft-spoken Masanari Kawahara knows it takes a special talent to convince an audience that a puppet is more than just a hodgepodge of paper, paste and paint. “As a puppeteer,” he says, “my job is to make this object come to life.”

The 41-year-old master puppeteer and performance artist has refined this talent since he began working with In the Heart of the Beast Puppet and Mask Theatre (HOTB) in 1998.  Kawahara’s latest production, a one-man puppet show called “A Path Home: A Story of Thich Nhat Hanh,” opens November 6. He still has a handful of puppets to make; yet he is confident all will be ready for opening night.

When he first arrived In the Minnesota from Hiroshima, Japan 21 years ago, Kawahara worked as an actor for several local theatre groups. It wasn’t until 1998 when he joined Heart of the Beast that he discovered his niche. At HOTB, he developed his craft of creating lifelike puppets. Kawahara’s performances capture the imagination of an audience.

“It’s kind of a happy marriage,” Kawahara said. “I have always loved being in the sandbox and then creating something and destroying it and repeating. So the clay is just an amazing medium because it is so forgiving.”

Produced by Heart of the Beast, “A Path Home” is an inspirational portrayal of the life and teachings of Thich Nhat Hanh, a Buddhist monk, peace activist and Nobel Peace Prize nominee who never wavered in his commitment to find a peaceful end to the Vietnam War. At age 83, Hanh continues to inspire many people, including Kawahara, who respectfully refers to him as Thich-or teacher.

With the accompaniment of one musician, Kawahara will introduce the audience to Hanh and highlight his efforts to comfort those ravaged by the war. Regardless of political affiliation, teacher Hanh and his students helped all those in need, sometimes with dire consequences.

“The country was divided by the communist and the anti-communist. Even uttering the word peace was a communist activity. Some of the students were killed,” said Kawahara. “But Thich [Hanh] told them, ‘It’s not the people who are our enemy; it’s the hate and ideology and misunderstanding.”

Hanh’s continued efforts to bring about reconciliation between North and South Vietnam led to his exile in 1966, and he has only returned to his homeland once, in 2005.

After leaving Vietnam, he traveled to the United States to meet with government officials regarding the country’s involvement in the war. Hanh also met Dr. Martin Luther King, Jr., and their discussions led to the civil rights leader publicly opposing the war. King also nominated Hanh for the Nobel Peace Prize in 1967.

“In my show, I’m using the reading of a not-so-well-known [King] speech called ‘Beyond Vietnam,” Kawahara said. “It is my understanding that is when he started speaking out against the war, which was rather courageous.” 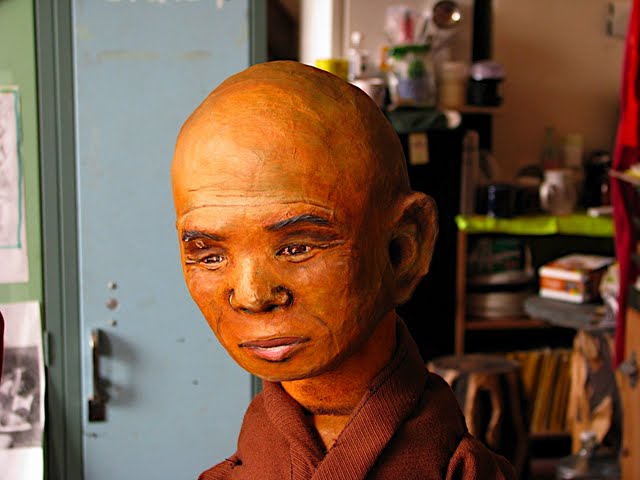 Kawahara is creating an MLK puppet or the show.  Another featured puppet is of Sister Chan Khong, a Buddhist social worker who aided Hanh during the war and still works alongside him today. Kawahara describes her as Hanh’s “right-hand person.”

Additional puppets will represent the countless people who brutally died during the war. Kawahara will blend music, puppetry and props to convey the magnitude of fear and suffering the people lived with day after day. A simple cardboard airplane repeatedly moving across the stage will symbolize the constant barrage of bombs. Kawahara is emphasizing this volatile time in Vietnam because he believes it is the basis for Hanh’s teachings.

“I believe that’s when his teachings manifested,” Kawahara said. “His particular Buddhism is called Engaged Buddhism. His Buddhist teachings are connected with social change, particularly at a time of war… After people see the show, I would like them to look at themselves and what we can do for everyday peace.”

In addition to performing “A Path Home” at HOTB, Kawahara plans make this a traveling show. He already scheduled a ten-day residency program at International Academy LEAP, a high school in Saint Paul that primarily serves new arrivals to the United States or those with limited English skills. He expects additional schools or organizations will also be interested in the show. 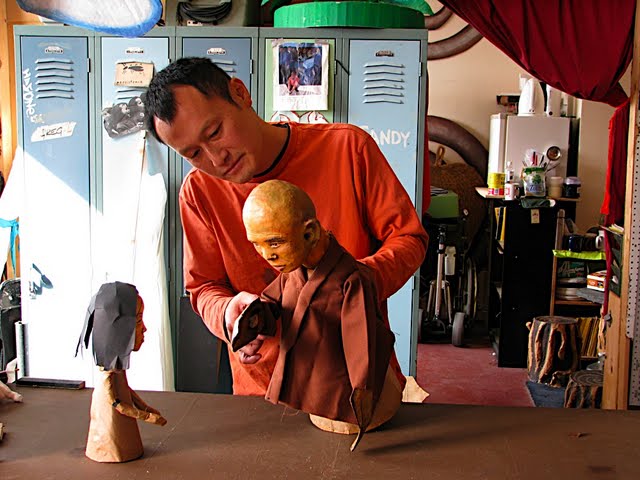 “I would like to bring the show to the high school and college level. They can see the show and we can talk about what is mindfulness…what is Engaged Buddhism,” said Kawahara

Regardless of someone’s beliefs, Kawahara thinks Hanh’s Engaged Buddhism can resonate with anyone because at its core, it tries to unite people rather than divide them by religion.

“We have to do mindful speech because for everything we utter there is a consequence,” said Kawahara. “In America or even Japan, we are not good at listening. We’re good at speaking up or expressing your opinions but not just listening, purely listening. That’s a lost art I think.”

Kawahara hopes the audience will understand it is actually about “the pure sense of love.” Specifically, according to Kawahara, love for humanity, brotherhood, sisterhood and nature.

“We are totally connected,” Kawahara said. “Without seeing that connection we will never achieve peace.”