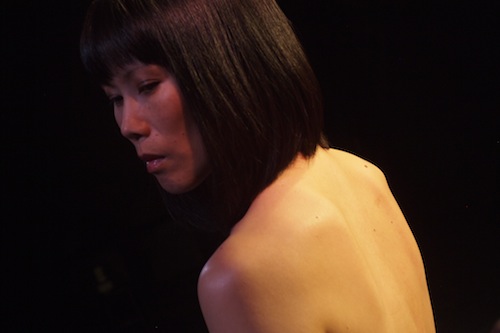 Two Korean-American writer-performers will share their personal stories about being adopted in a show co-produced by Dreamland Arts, in St. Paul. In The Origin(s) Project: Memoirs in Motion, directed by Zaraawar Mistry, Katie Hae Leo and Sun Mee Chomet describe their own experiences with Korean Adoption—from two different perspectives.

Katie Hae Leo, who was an actor for many years and made the switch to writing back in 2006, when she attended the University of Minnesota to earn her MFA through the English Department, said she began her piece as a series of essays, which she then turned into a theatrical piece. The focus of her monologue is the health issues that she’s encountered, and the difficulty of not knowing her family medical history. In the piece, she creates far-fetched mystical mythologies to explain the origins of genetic diseases, as well as describing the modern-day experience of navigating our health system- particularly as a woman of color.

Leo began some preliminary searching for her birth parents when she went back to Korea in 1998, and then again in 2007, when she attended a conference for Korean adoptees all over the world. Leo hopes in the future that she’ll be able to return, and spend some more time trying to find her parents, but she has not been lucky so far. “Some adoptees are able to find their families, and some just don’t,” she said.

A big challenge for Leo has been turning her essays into a theatrical performance. “Writing for the page has a different rhythm,” she said. “There’s a different language—and journey for the reader. In an essay, the reader has a private experience as they read a writer’s work, but in theater, you don’t have the luxury of going on tangents,” Leo said. “It has to be clear so the audience can follow you.” In other words, you can’t just perform the essay.

Although Leo has a background in playwriting and acting, she’s never done a one-woman show before. “It’s terrifying,” she said. “It feels very exposing, but also very exciting. It’s scary—in a good way.” An inherently shy person, Leo got into acting as a way to hide behind a character—and be able to put herself out there without being herself. Performing her own story is a new challenge.

Leo first performed N/A last November as part of the National Artist Exchange Program and Festival at Asian Arts Initiative in Philadelphia: a program that brings together performance-based projects from around the country. But she wanted to be able to perform the piece for the Minnesota Korean adoptee community as well, so she originally approached AK Connection—an organization that provides resources to adult adoptees—to possibly produce a performance locally. 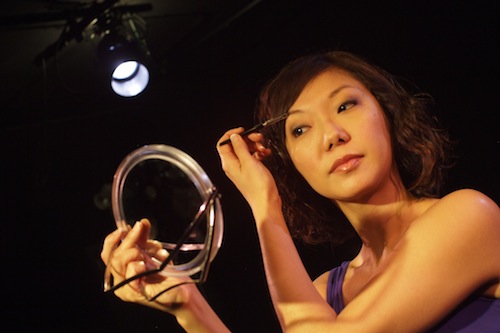 Meanwhile, Sun Mee Chomet performed her own one-woman show about being a Korean adoptee at Pillsbury House Theatre’s Late Nite Series, the same weekend that Leo performed in Philadelphia. As Leo was moving forward with organizing a performance here, she realized Chomet’s show would make a great pairing.

The two artists are co-producing the show with Dreamland Arts, with Zaraawar Mistry directing both pieces. In addition, they are partnering with various organizations such as AK Connection and Adopt Source to bring in groups to see the performance.

Chomet said her piece is about finding her birth family in Korea a year and a half ago. “I was on a TV show in Korea,” she said. It was a reality show for people looking for their relatives. “A lot of Korean adoptees go on the show from all over the world,” she said. “It was a last ditch effort to look for my birth families. There’s nothing in my record—no information about my family.” Her play is the story of what happened in order for Chomet to find her birth mother, and what the reunion was like.

Chomet said the whole journey was very confusing. “I didn’t necessarily feel a void, but it left me feeling like there’s a whole other layer to the process,” she said. Chomet found her birth mother, and her aunts and grandmother. “There were no men involved,” she said. “I’m a secret still. My mother’s remarried.” Her mother’s husband doesn’t know about Chomet. Her piece explores being a woman, and how she was raised by an “extremely feminist left wing” mother in the United States, and then meets these Korean women “who are extremely strong in their own right, but definitely have been affected by the patriarchy of Korea.”

Chomet’s mother, aunts and grandmother were horrified because they believed Chomet wasn’t feminine enough, and because she wasn’t married and didn’t have children. “They were perplexed by my entire life,” she said. “I feel like I’m trying to find a way to have a relationship with them, at the same time incorporate aspects of what they want me to be and hold fast to who I am,” she said.

“I don’t have any answers,” Chomet said. “I needed to write this,” she said, even though she doesn’t necessarily understand it herself. “I don’t have any answers about adoption, about womanhood…Korea is a certain country where international adoption started. We don’t have any role models about how to navigate reunions or lack or reunions. We don’t have any role models of anyone who has gone back to their country and tried to have some kind of relationship.” In a larger sense, Chomet is doing the piece not only for herself but also for the 2,000 adoptees in Korea searching on any given day—some being rejected, and others, even after the reunion happens, not necessarily having an easy time of it. Though it might not be exactly the same as others’ stories, Chomet hopes that it will resonate with people with similar experiences.

When Chomet first performed the piece at the Late Nite series, she did a 15-minute excerpt, but since then, she’s developed it a lot with the help of Zaraawar Mistry, so that it’s now nearly an hour. “He encouraged me to play a lot of the people rather than to talk about them. It’s a lot of character work.”

Chomet said she plans to visit her mother again for her mother’s 60th birthday, but she won’t go for the big party: she’ll have to go months later. Her mother plans to take a vacation with her sisters who know about Chomet—because Chomet is still a secret. When she asked her birth mother when she would be able to visit her freely, her birth mother responded that perhaps it would happen in 20 years when her husband dies.

Still, Chomet’s approach to the situation is to find the humor in it. “I have to laugh,” Chomet said. “My aunts are like the three stooges. So it’s intense. It’s a crazy roller-coaster ride.”