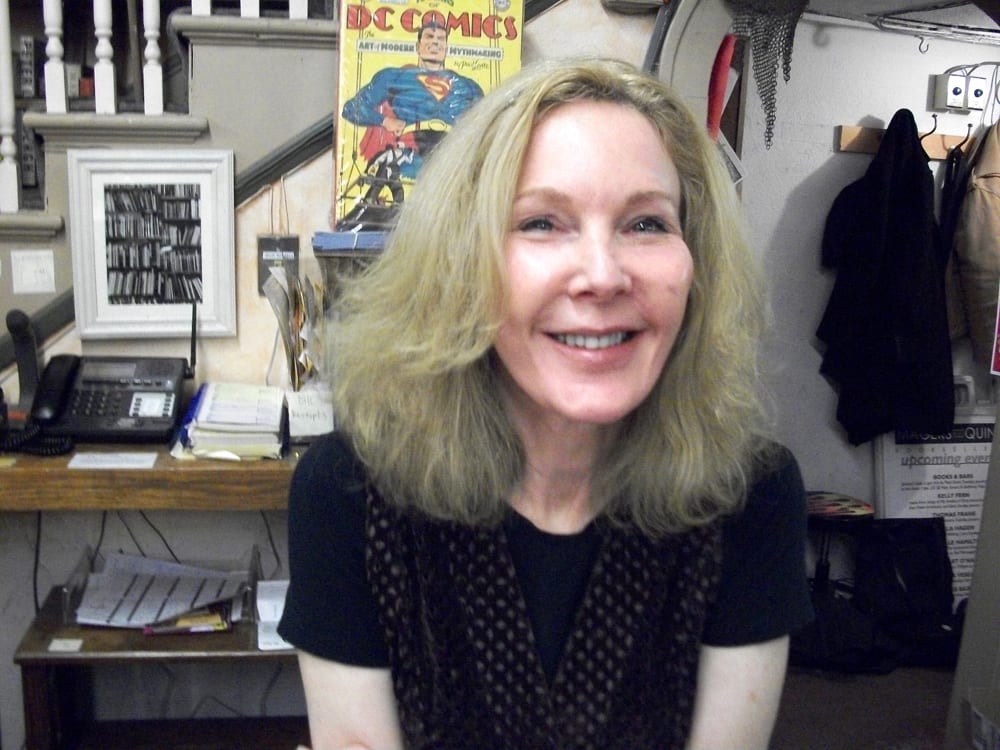 Reporting results to funders is a challenge every nonprofit faces. “We gave you $50,000 last year. How can you prove the world is a better place this year?” It’s particularly a challenge, though, for nonprofit journalism enterprises like the Twin Cities Daily Planet. An organization like Feed My Starving Children can tell you exactly how many starving children they fed with your money. What can we report? We can report the number of stories we told.

Can a story make a difference? That’s the hope of journalists like Katherine Boo, one of the country’s most acclaimed nonfiction writers. She grew up in the D.C. area after her parents moved from Minnesota; a Pulitzer Prize, a New Yorker staff appointment, and a MacArthur “genius grant” later, she visited Magers & Quinn in Minneapolis on Monday to present her first book, Behind the Beautiful Forevers: Life, Death, and Hope in a Mumbai Undercity. (I’m glad publisher Random House wasn’t so anticolonial as to oppose the use of an Oxford comma.)

The bookstore was packed—my aunts and I arrived one minute after the reading’s scheduled (and actual) beginning, and we had to crane to catch a mere glimpse of Boo as she read a few pages from the book’s compelling opening, a description of a harrowing night in the life of a boy in Annawadi, the shantytown where Boo conducted three years of research.

Boo took several questions after the reading, and many of the questioners wanted to know how Boo’s mere presence had affected the course of events in Annawadi during her years doing research there. She conceded that she couldn’t know for sure, but pointed out that the residents of Annawadi had much bigger, more pressing concerns than how they would present themselves to a visiting journalist. In general, she said, “they understood that if people in Minnesota knew more about their lives, things might change for the better.”

The book itself is a ripping read, and if you share the belief of Boo and the Annawadi residents that telling stories can change things for the better, you’ll be heartened at the tremendous interest being taken in Behind the Beautiful Forevers. The large, fascinated crowd at Boo’s reading reminded me of the crowd at a recent Minneapolis appearance by Isabel Wilkerson, author of The Warmth of Other Suns.

People want to hear these stories, and hopefully they want to hear the stories we tell in the Daily Planet as well—stories like the story of Abdikarim Hashi, a Somali-Minnesotan who’s deeply worried about his friends and family back home as foreign armies march into Somalia. We’ll keep telling these stories, and we hope you keep reading them, in the hope that the more we know about our neighbors’ lives—their celebrations and their struggles—the more likely it is that things will change for the better.