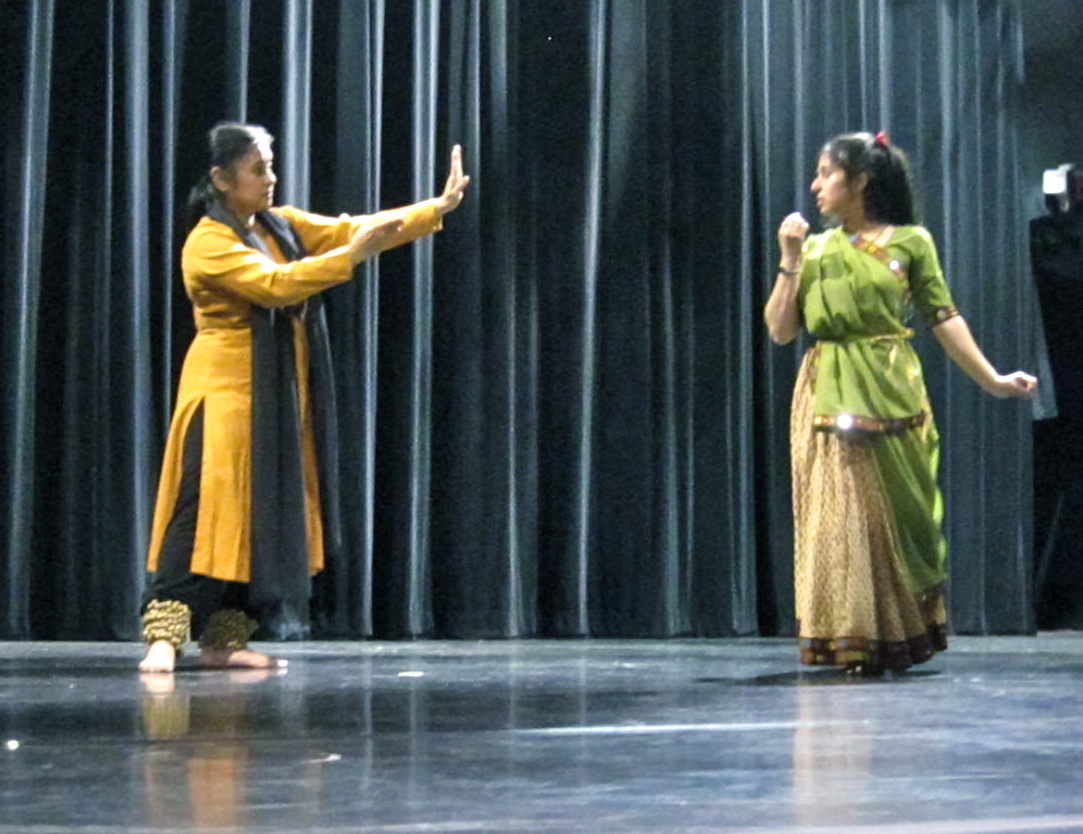 Katha Dance celebrates Nobel Laureate Rabindranath Tagore May 5-8 at the Ritz Theater in their presentation of Rabindranath Tagore—a collaboration between Katha Dance’s artistic director Rita Mustaphi and Pangea World Theater’s artistic director Dipankar Mukherjee—and Chandalika: The Untouchable Maiden. The performances take place the weekend of the 150th anniversary of the poet’s birth (May 7).

A Bengali poet, writer, composer, musician, painter, and playwright, in 1913 Tagore became the first non-European to be awarded the Nobel Prize for Literature. He primarily wrote in the Bengali language, but translated many of his works into English, according to notes provided by Katha Dance. He wrote over 1,000 poems, eight volumes of short stories, two dozen plays, eight novels, many books and essays on philosophy and social topics, composed more than 2,000 songs, and created paintings that can be found in many museums today, especially in India.

Katha Dance was founded in 1987; the company is rooted in the classical Kathak dance of North India. The word Kathak is derived from the Sanskrit work Katha, meaning “story,” and the dance is characterized by rhythmic footwork, fast pirouettes, and a complex language of symbols  created through precise gestures. In traditional Kathak performances, audience members are able to understand each of the subtle miming gestures, but to make their work more accessible, Katha Dance often uses either actors to tell the story or voiceover, as is the case in their presentation of The Untouchable Maiden.

Rabindranath Tagore wrote Chandalika as a dance opera. It tells the story of a young woman—Prakriti—who is condemned by birth as an outcaste. One day, a wandering Buddhist Monk approaches her and asks for water, but she refuses since she is an outcaste. He tells her that all people are equal and she falls in love with him. She pleads with her mother to cast a spell on the monk to get him to come back. Much of the play is about the girl’s realization that what she thought was love was actually her search for recognition and acceptance in society. 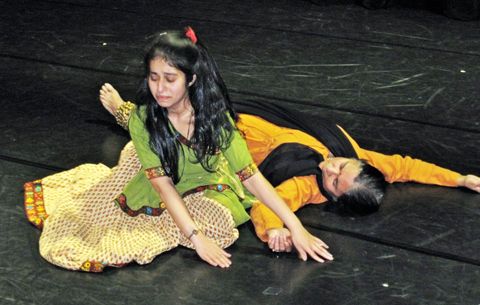 Mustaphi said she was drawn to the text because of its relevance in today’s world. “People lose sight of how similar we all are,” she said. “The same color blood flows through each of us. We must open our hearts.”

The second piece of the program, titled Rabindranath Tagore: A Timeless Mind, is a tribute to Tagore. “We wanted to show the relevance of Tagore’s work today,” Mustaphi said. The piece will include reading, little music, and choreography.

At a rehearsal I attended, the dancers from Katha Dance showed both their agility and technique and also their skill at storytelling through movement. Gesture and facial expression, in combination with the voiceover storytelling, create an experience that is both engaging and moving.