An ambitious civic engagement movement is being launched by several African American churches in collaboration with Solidarity, a social activist volunteer group. This collaborative effort towards community self-education, presented in a series of community forums, will begin at Progressive Missionary Baptist Church, Saturday, June 15, 10 a.m. – 12 Noon. 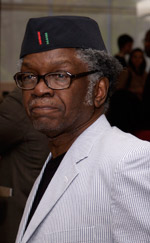 This year marks the 150th anniversary of the Emancipation Proclamation, a document signed by President Abraham Lincoln, January 1, 1863. This anniversary, along with the upcoming 50th anniversary of the March on Washington, August 28, 1963, will be used as a back drop to critical questions to be raised at the forum. Together, the Proclamation of 1863 and the inspiring March on Washington represent two of the greatest events in our national heritage: The signing of the Proclamation by President Lincoln and the groundbreaking patriotic oratory of Martin Luther King Jr. These events are separated by 100 years and yet are joined at the hip in the struggle against the institutions of enslavement and segregation, which was a legacy of slavery and the caste system.

Discussion on two recently-produced Hollywood feature films, “Lincoln” and “Django Unchained,” will broaden the content of the forum. The release of these two films marks unprecedented territory for the American film industry. Revealing anything of substance about American enslavement of Black People in Hollywood-produced films has historically been an unmentionable; it has been a conspiracy of silence on the part of popular media. By presenting the question of slavery to popular culture (via these films), the Black and larger community have been provided a window of opportunity to think critically about the institution which held Black people in bondage for roughly 2.5 centuries.

This series of forums will be held monthly at our faith institutions and are open to all members of the community: faith and secular, our youth and seniors, activists and scholars, the people with ties to the criminal justice system, from both sides and of the law. And last but not least, the working class, employed or not.

The meetings will be held under the title Karamu House. The first Karamu House Meeting will be held at Progressive Missionary Baptist Church, 1505 Burns Ave., St. Paul.
Karamu is a Swahili word, which is widely spoken in East Africa. It means “center of community life, a place of festive enjoyment.”

Solidarity is comprised of a group of African American citizens who are committed to social action. The word Solidarity is a call for any and all who are sincerely committed to serve. Solidarity is committed to serve the struggle historically and contemporarily for social justice, participatory democracy, and pro-human values. Solidarity is a call to all who dare to struggle and dare to win. Over the past 2.5 years, Solidarity has sponsored several community political education programs at the renown Capri Theater; documentary films with expert panelists has been the format. The response to these presentations has been positive beyond measure. In addition, Solidarity presents every fourth Friday of the month, classic African American Films with educational, political and entertainment content. This collaboration between our churches and an activist group bound to the history of the Black church institution is an attempt to energize our community towards social change.