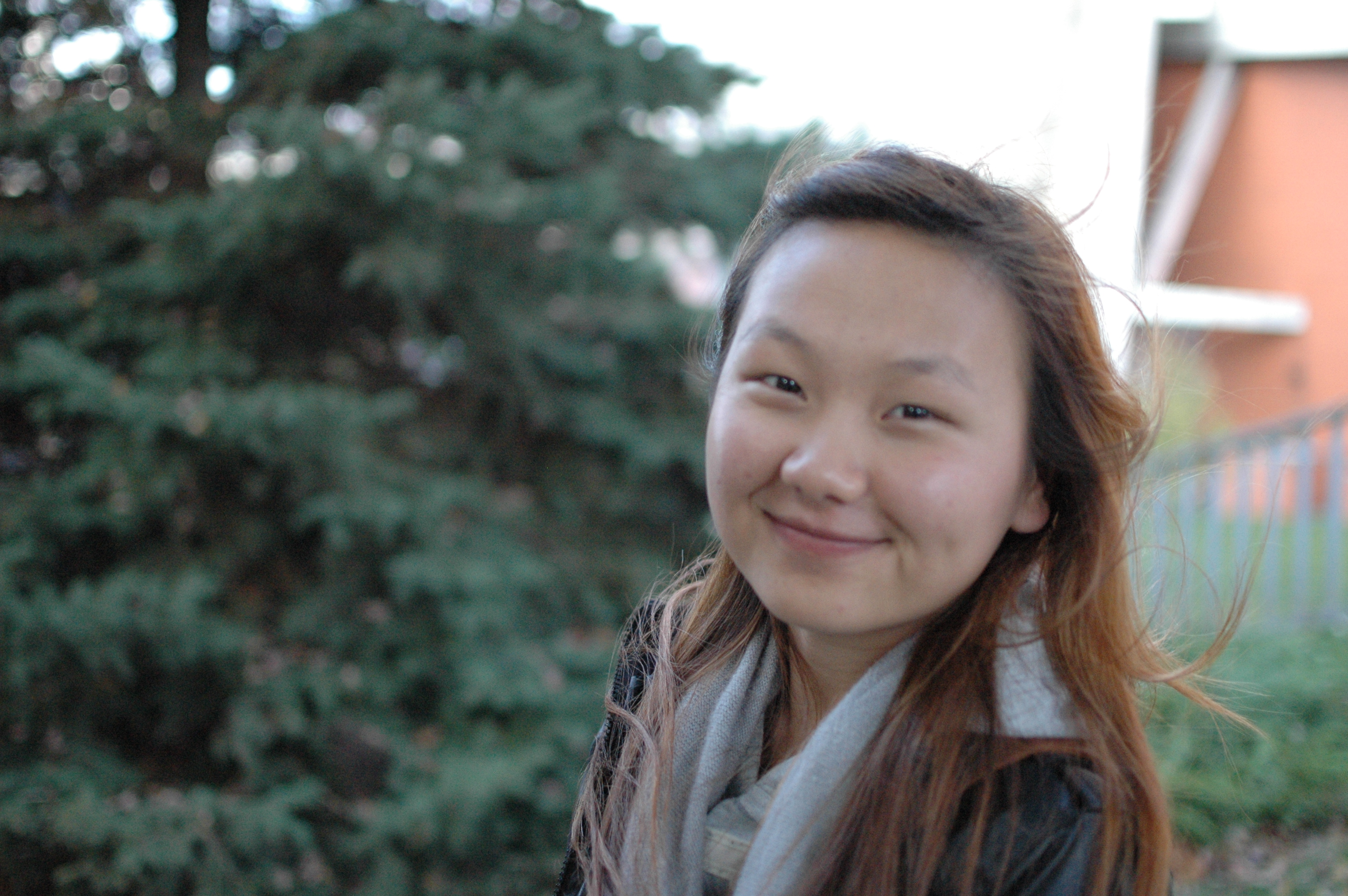 For the first ten years of her life, Kaoxue Vang lived in a refugee camp in Thailand, where she was born. She remembers running outside without shoes, playing all day under the sun, with her younger brothers and sisters. She had to walk a mile to get to school, where she and the other Hmong refugee children were taught by Thai teachers, who she says hated the Hmong students.

She didn’t learn much there, she says. Basically, she went to school to play. But she did get a different education in the camp, where there were no street names and she learned to navigate by oral directions. To this day, she never gets lost, even attending classes on the massive University of Minnesota campus.

Vang moved to Minnesota with her mother and siblings, and later her father and stepmother came, too. The children have lived with them ever since. She lived in Brooklyn Park and Brooklyn Center, and finally ended up in Minneapolis.

For elementary school, Vang went to Hmong International Academy, in Jordan Park, a Minneapolis public school. While she liked it very much, because she had many friends and had no problem speaking in class (in Hmong), she wasn’t learning English, because most of her teachers were Hmong and she rarely had to speak English.

In the ninth grade, Vang chose to take advantage of the Choice is Yours program, which allows Minneapolis students on free or reduced lunch to attend suburban or Minneapolis schools not in their neighborhood.

“Homework got more complicated,” she says of attending high school in Hopkins. More than that, she didn’t find it easy to speak in class. She felt that the English-speaking students at her school thought differently than her, and she had a feeling that they thought she talked funny.

If the challenges of high school weren’t enough, Vang also had the unique challenges of being the eldest daughter of a Hmong family of seven children, and much of the responsibility of taking care of her siblings fell on her. Vang had cooking and cleaning responsibilities. Also, since her parents don’t speak English very well, it’s always been Vang who does paperwork for welfare payments; she’s the one that calls the electric company, the heating company, etc, because she can speak and read English.

“In high school, I couldn’t concentrate on homework until everyone was asleep,” she says, which usually wasn’t until 10 p.m at night.

Luckily, she felt comfortable in her ELL class at Hopkins. She also received help from a tutoring group organized by Jay Clark at the Center for Urban and Regional Affairs, at the University of Minnesota. Throughout most of her ninth and tenth grade, Vang received tutoring help from volunteers, many from the U of M’s Hmong Minnesota Student Association (HMSA). She still went to tutoring in her last two years of high school, but not as often, because by then she had gotten a much firmer grasp on her schoolwork.

Vang remembers giving a speech to HMSA, requesting help from them. Now, as a freshman at the University of Minnesota, she is a member of the organization, and is becoming a tutor for young Hmong students herself. Those she tutors include her siblings, who are part of the tutoring program through CURA.

She’s also living in the school dorms, a decision she made in order to be able to devote the time she needs to her studies rather than taking care of her family. “In college I have to pay a lot for school,” she said, “so I want to do well. I need quiet time and a quiet place.”

Vang’s younger sister, still in junior high, is taking over a lot of her duties at home. Her brother, 16, isn’t expected to. In Hmong culture, “boys don’t do a lot of things,” she says, “but girls have to help with the babies and cook and clean.  It will be harder for my sister.”

In the first HMSA meeting, Hmong gender roles were one of the topics they discussed — how Hmong men are treated differently than women.

At the university, Vang is doing great. She was scared before she moved, because of the challenges of the classes, but she’s living with a group of Hmong students in her dorm, making a lot of friends, and working extra hard on her classes.

She still goes home every week, for a couple of hours. But she can’t do spend too much time at home, because she has a lot of work to do. “ I take longer than other students, because of my English,” she says. “I put in extra hours.”

Vang hopes that she can go back to Thailand to do study abroad, but she may not be able to go back to where she lived. The refugee camp where her family stayed only has a couple of families left, she says. “It’s becoming a jungle,” she says. “It would be scary to find my own house and walk deeper in the camp.”