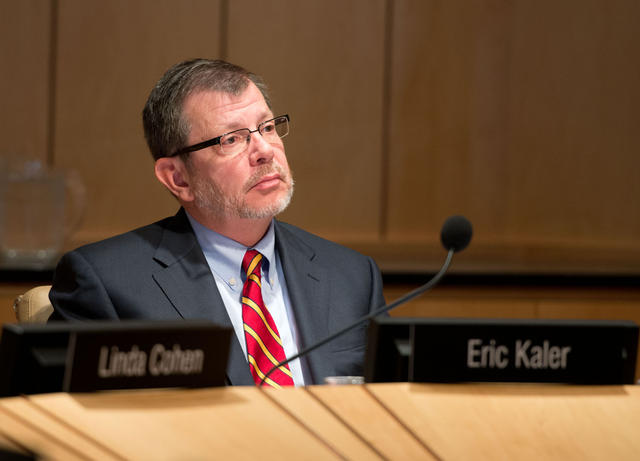 The University of Minnesota is trying to make the state Legislature an offer it can’t refuse.

The University offered to freeze tuition for in-state undergraduates for academic years 2014 and 2015 if the state will fulfill a $42.6 million request.

The tuition freeze, tax credits, and new accountability and research programs were the focus of University President Eric Kaler’s biennial budget request he presented to the Board of Regents on Friday.

The nearly $1.2 billion budget for 2014-15 is centered on three broad categories — reforming how higher education is funded, how students and families pay for education and how the state invests in its future.

“Reform is a very big part of the theme,” said University chief financial officer Richard Pfutzenreuter in a meeting with the press Thursday.

Including the tuition relief proposal, the University’s request is 8.4 percent higher than its current budget for 2012-13.

“We believe stabilizing tuition is the best investment we can make in our future,” Kaler said. “We believe bright, well-educated students will transform our economy and are essential to our way of life.”

Minnesota Student Association President Taylor Williams said he thinks the request is reasonable, considering the number of budget cuts the Legislature has pushed.

“I think it’s a no-brainer,” Williams said. “In some ways it’s an offer the state can’t or should not refuse because it could help thousands of students from the state of Minnesota by doing this.”

Also included in the budget request is an accountability program that would set aside $11.5 million from the state’s appropriation only to be used if the University can complete at least three of five goals. The goals include increasing the amount of financial aid distributed and awarding at least 15,000 degrees on all campuses in 2014, among others.

The credits include tuition discounts for students from middle-income backgrounds, improved tax credits for University donors and loan forgiveness for students in health care fields willing to work in underserved parts of Minnesota.

“This is not part of our budget process, but it is starting a conversation that I believe will be very helpful,” Kaler said.

The president’s biennial plan also takes the future of the state into account. A funding program called MnDrive — Minnesota Discovery, Research, InnoVation Economy — will focus on four categories of scientific research in which the state excels.

The four categories cover robotics and advanced manufacturing, advancing treatment for brain conditions, conserving the environment and playing on Minnesota’s historic relationship with the food industry to develop what Kaler calls “the Silicon Valley of food technology.”

“Food has been one our state’s trademarks,” Kaler said. “In the coming decades, it must continue to be. We can lead that effort.”

Kaler closed his proposal by pointing out that the $604 million he requested for fiscal year 2015 is the same amount that the University received from the state in 2001 — even though the University’s enrollment has since increased by 15 percent between fall 2001 and 2011.

The regents will meet in October to approve the request before it heads to the Legislature.

“This biennial budget request is about changing the conversation around funding higher education at the Legislature and in the homes of families across the state,” Kaler said. “It is about renewing and reviving our historic partnership with the state of Minnesota.”