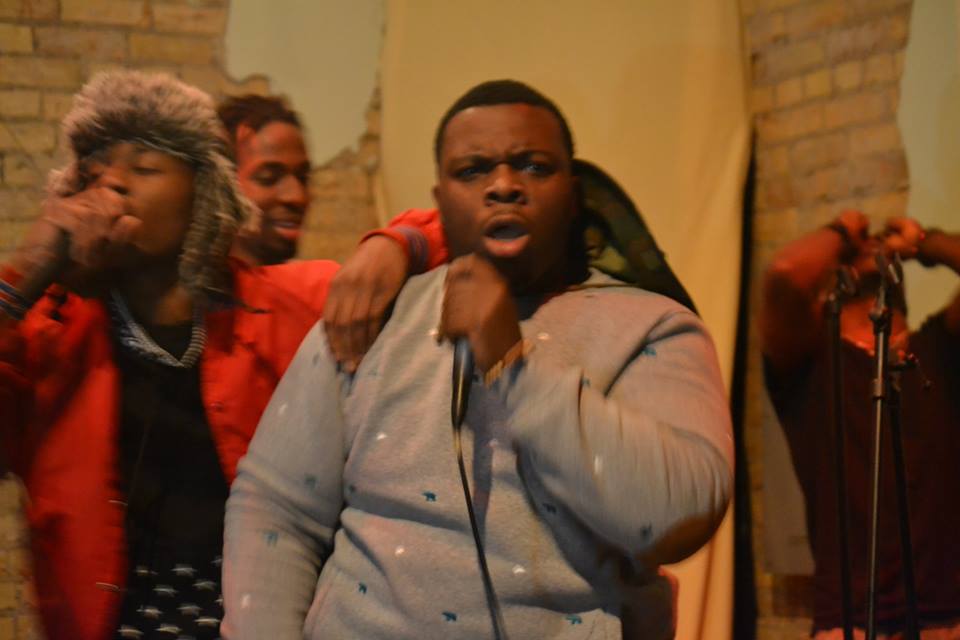 Coolife Entertainment’s hip-hop artist Young Suave, along with fellow rapper Casso, performed live at Fallout Arts Initiative in Minneapolis to round off a night with live performances on Dec. 6. They will perform again at the Winter Wonderland Showcase on Dec. 21 at Arneilla’s in St. Paul.

“I loved it. It was energetic,” Casso said. “We got the crowd moving and I feel like we executed tonight.”

In addition to Young Suave and Casso, Founder and CEO of Coolife Entertainment Kilo Gotti was in attendance, and Young Suave was honored to have him there. Gotti explained the vision of Coolife and what he sees in his artist Young Suave.

“The vision of Coolife is to put out nothing but good music. Good genres of music all over the world. We messing with everybody: country, rock-and-roll, hip-hop, everything,” Gotti said. “[Young Suave] is a hard worker…I send him an instrumental and he’s done with it the same day. If you ain’t working hard you ain’t going nowhere.”

Among the many bangers Young Suave has released, the two he performed at Fall Out was Medicinal, along with Casso, and Just Another Day.

Casso said he thinks their banger Medicinal got the crowd into their music and that some will have that track stuck in their head.

Young Suave announced to the crowd at the end of his performance that he had to make some last second changes to the music they performed after the seeing the crowd was different than what they anticipated. He advised any of his new fans to come to his show on Dec. 21 at Arneilla’s in St. Paul where he will perform more of his hits.

After the show, Young Suave said during their time off until his next performance he will be working on two tracks. One track called “Jigglypuff,” inspired by his favorite childhood television show Pokémon. His second track will be called “Rap It and Trap It.”

“The tracks that I make correlate to what I’m doing right now in life,” Young Suave said. “Right now I feel like I’m rapping and trapping the game. I’m trapping everybody else out. I’m the hardest working man in the business. This is the mentality I have and that’s the mentality I’m going to keep.”

Young Suave said he and Coolife Entertainment will be adamantly working to turn their vision into reality, after all their work ethic is embedded in their company name. In the documentary Hip-Hop comes to Hamline U, Coolife music artist Vinny Santana shared the meaning of their acronym COOLIFE Entertainment.

Suave said the team will continue to push and he thinks they have the right people in place to transform their vision into reality.

“I feel like we have a really strong team. We got a vision and the vision never stop, the vision don’t stop, the grind don’t stop for one minute. We’re a collective group,” Suave said.