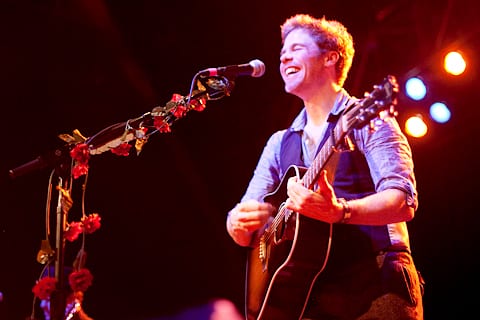 In the days leading up to a concert, I listen, almost exclusively, to the music of the artist I’m going to see. This way, I familiarize myself with any material I’ve not yet heard and am reminded of their sound and style. Also—and perhaps it’s unwise to admit this as a music reviewer—I’m mildly hard of hearing and it would be unfair to judge an artist based on my inadequacies as a listener.

My pre-show music binge turned out to be particularly useful for the Josh Ritter and the Royal City Band concert at First Avenue on Saturday. My hearing trouble makes it especially difficult to understand the lyrics of a song, and as Josh Ritter is a master lyricist, it would do him an injustice to miss his lyrics. Ritter’s most musically simple songs, like “Come and Find Me”—which was the first song of his set, featuring only Ritter and his guitar—captivated the audience. The silence as everyone listened was nearly complete, a surprising rarity at a rock club.

The questions I couldn’t get out of my head throughout Ritter’s two-hour set were: Why didn’t I start listening to this guy years ago instead of months ago? Why isn’t everyone I know listening to Josh Ritter? And how can he be so happy? By the end of the concert, none of my questions were answered, but I left with a smile on my face as I overheard another attendee exclaim, “He’s so happy!” Ritter’s latest album, So Runs the World Away, does not convey the energy and enthusiasm of his live performance.

Ritter seems as comfortable performing alone as he does backed by his excellent band. Two of his solo songs, “Come and Find Me” and “Thin Blue Flame,” called to mind the music of Glen Hansard of the Frames and Swell Season, and I was not surprised to read on Josh Ritter’s blog, “Book of Jubilation” that he and Hansard know one another. Ritter insisted that the stage lights be turned turned off completely for “Thin Blue Flame,” which lent him an ethereal presence: just a clear voice and acoustic guitar floating through the room.

The set never sagged because Ritter knows when to pick up the pace, slow it down, or throw a curve ball. The pop ditty “Real Long Distance” was followed by “Rattling Locks,” an intense, angsty song made even more so by Ritter who couldn’t stand still—and didn’t play guitar, which left him to sing, stomp his feet, and anxiously mime drumming or piano playing. One of the great moments of the night began with “Kathleen,” but halfway through Ritter stopped to tell a story about the snow obliterating everything outside of First Avenue, forcing us inside to jet off to an alien planet, “Free of [Michele] Bachmann, free of so many of the annoyances of everyday life,” to a place where, “we will have more slow dances,” and, “awkward will come with us.” The story drew amused chuckles from the crowd and outright laughing when, moments later, the band slowed the pace and Ritter stopped playing to ask us all to slow dance with a neighbor, arms out like Frankenstein.

For the encore, opener Scott Hutchison of Frightened Rabbit joined Ritter on stage for a well-harmonized cover of “Stories We Could Tell” by the Everly Brothers. Hutchison’s opening 45-minute set was characterized by insistent, intense strumming, which felt flat and received lukewarm audience response.

The last song of the night was “To The Dogs or Whoever,” which showcased what makes Josh Ritter and the Royal City Band so great: a talented and funky band, clever lyrics, a catchy melody, and a true entertainer to orchestrate it all. 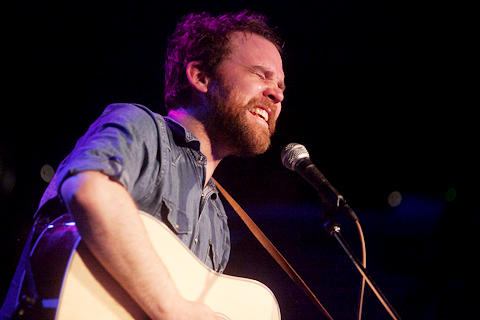 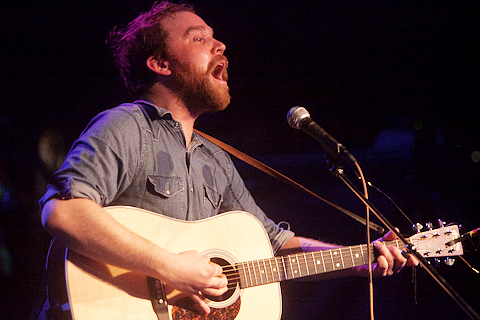 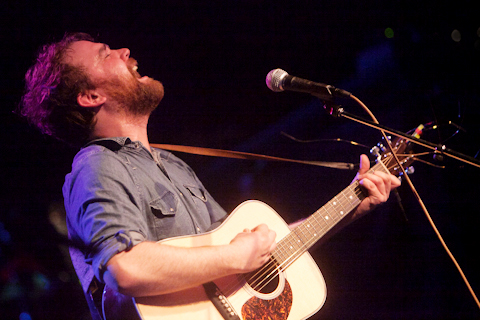 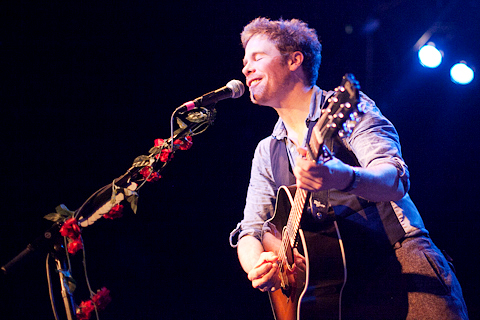 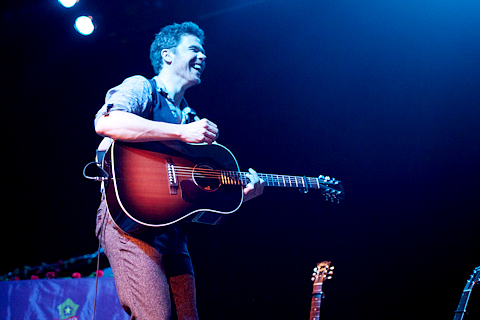 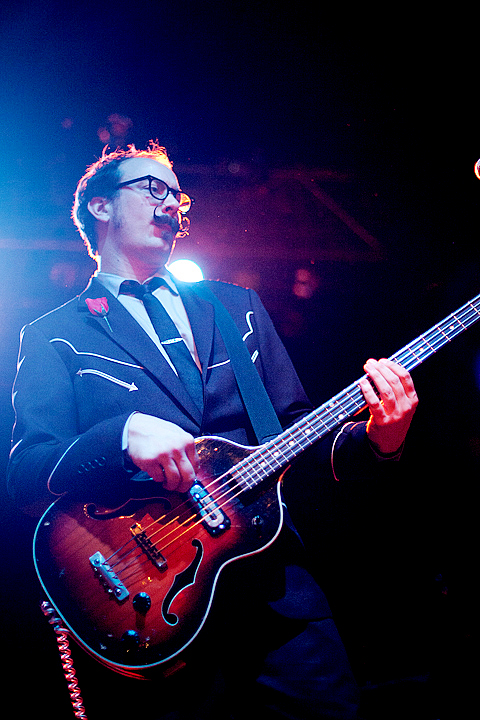 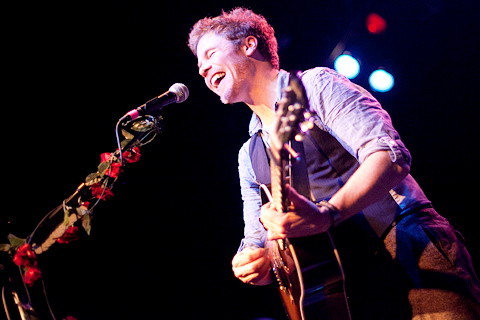 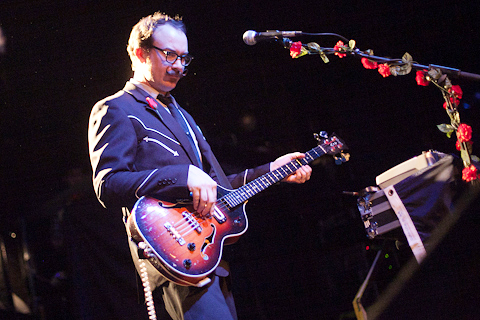 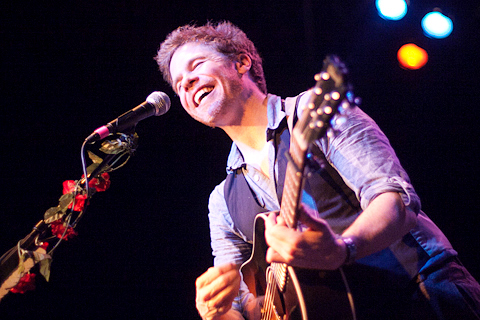 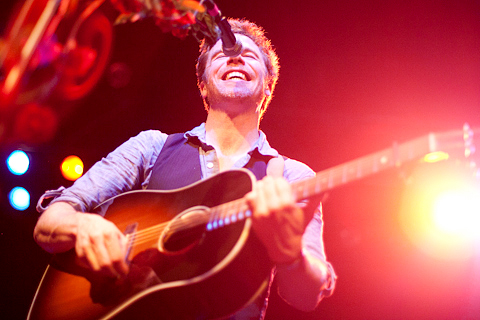 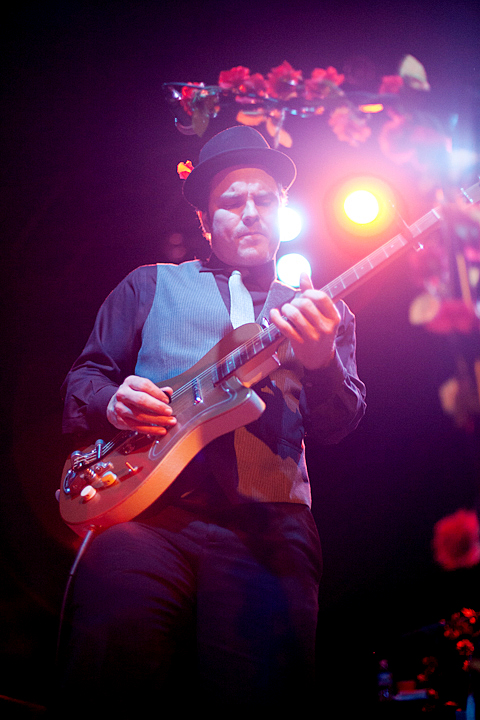 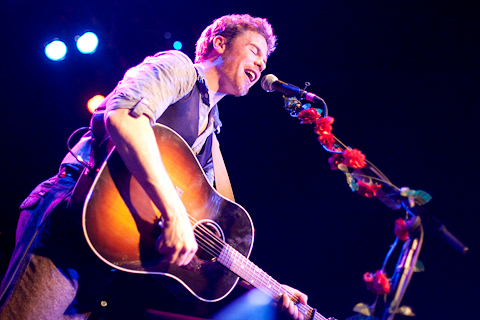 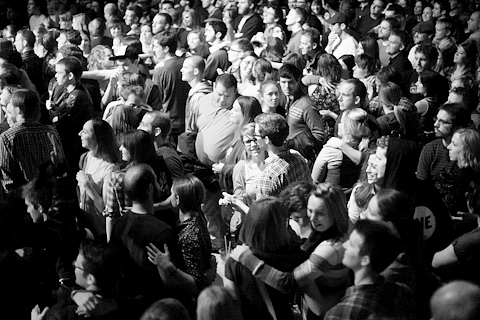 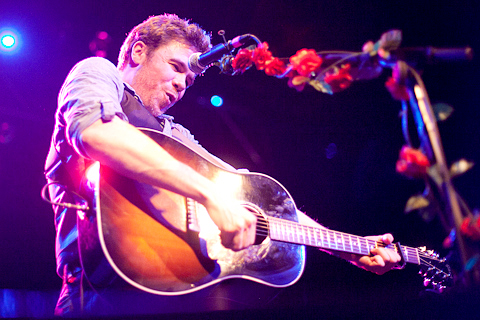 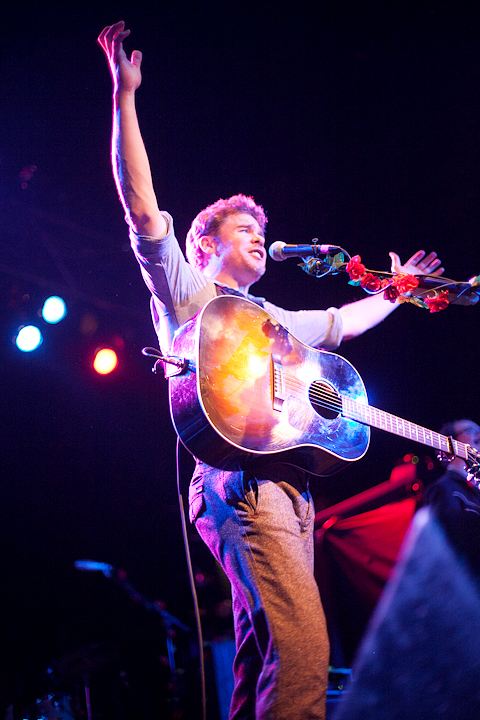 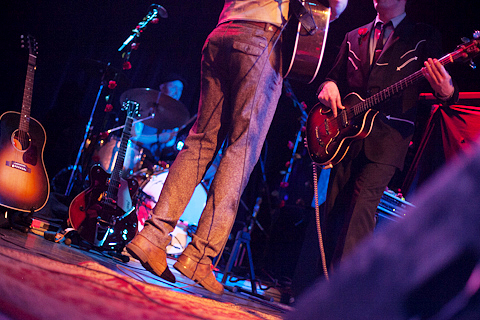 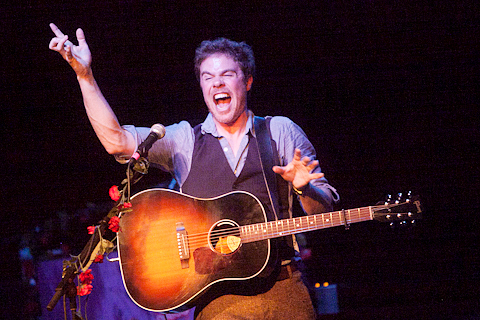 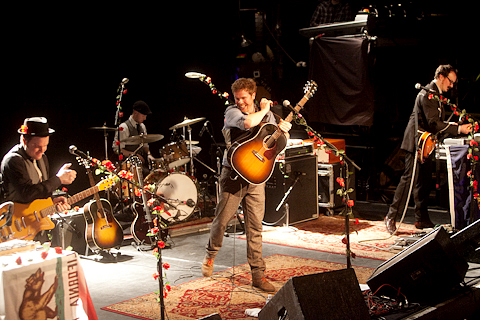 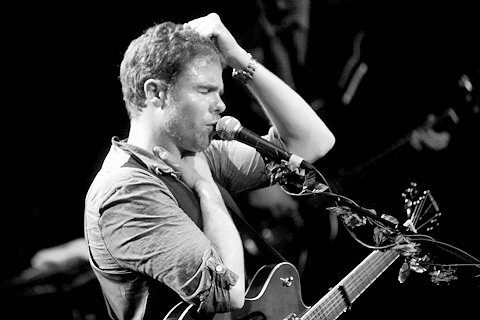 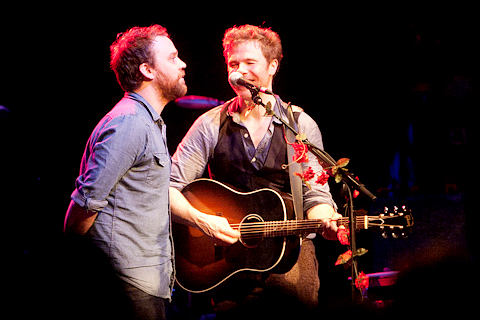