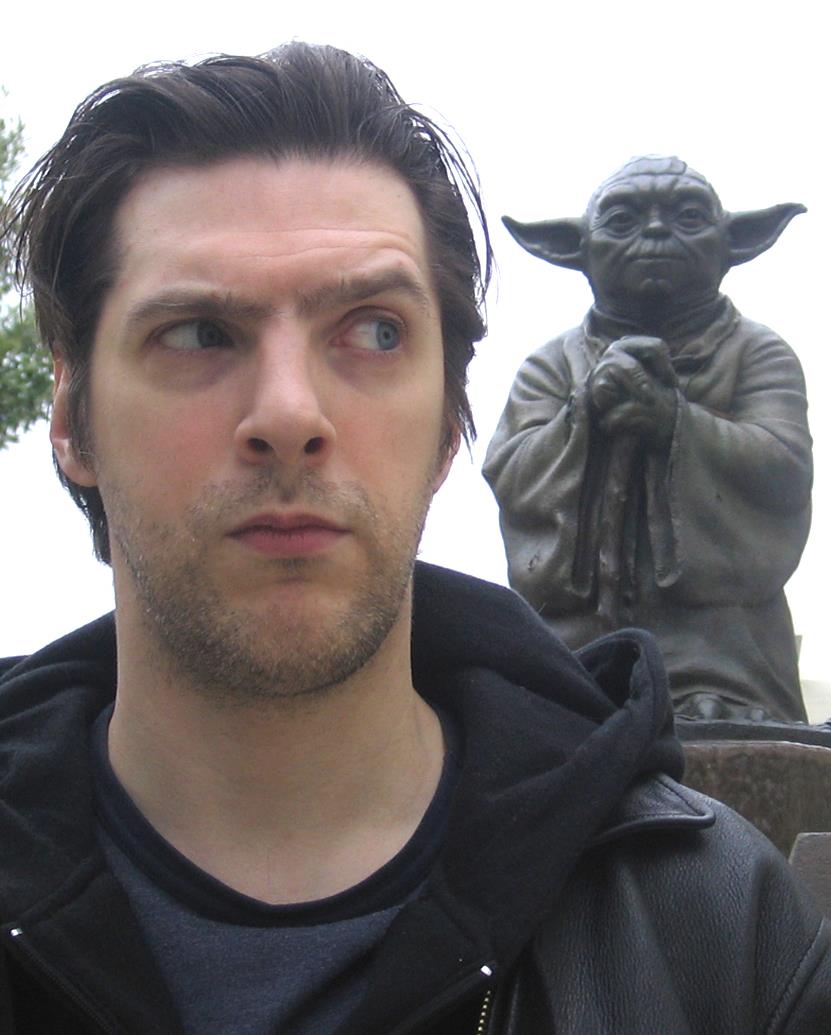 What’s your job?
“I’m a comedian, writer, and stay-at-home dad who does not have any children. I do a lot of shows at the Bryant-Lake Bowl including live recordings of my podcast about liking things too much called Obsessed and performances with the spoken word group Rockstar Storytellers. I’ve had a lot of top-selling shows at the Minnesota Fringe Festival and I’m a featured performer at the annual geekstravganza convention and 4-day party called CONvergence. This year, I’ve been a writer and performer for the Minnesota Public Radio show Wits. I also performed on Jonathan Coulton’s JoCoCruiseCrazy where I did naughty Star Trek jokes with my random audience volunteer Wil Wheaton. Also, I just finished writing my first book Comedy of Doom for release this July because I guess I hate sleep.”

Other than your job, what are your claims to fame?
“I used to work at the Kinko’s in Downtown Minneapolis. One night many years ago a frenzied man rushed in at 11 p.m. and said I had to make 17 copies of the final proposal for the Hiawatha light rail in 15 minutes or there would be no light rail in the Twin Cities. Obviously, I succeeded.”

What’s your relationship status?
“Dude, I am so married right now. You don’t even know.”

Where are you most likely to be seen?
“The Bryant-Lake Bowl, Moto-i, the Fitzgerald Theater, my home, or other places with alcohol and/or stages.”

Where are you least likely to be seen?
“Kinko’s.”

What neighborhood do you live in now?
“South Minneapolis.”

What’s your ride?
“A Toyota Yaris that everyone tells me is ‘cute.’ If you could briefly date a car until an older badder car comes along, people would absolutely do that to my car.”

What’s the best way for someone to start a conversation with you?
“Challenge me to holding an entire casual conversation in which I am only allowed to respond by using quotes from Star Wars.”