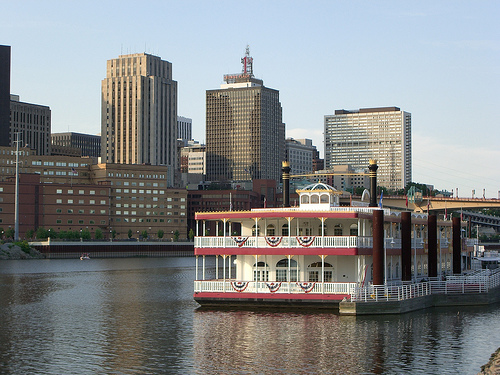 Local comedy teams don’t get much dreamier than Joseph Scrimshaw and the Four Humors theater company, who are storming up the gangplank on July 27 for a one-time-only late-night gig on the Minnesota Centennial Showboat. The evening’s theme? Comedy: The Show. It’ll be funny, trust me. Or, rather, trust them. Should you? I don’t know, but the Showboat proprietors probably aren’t lying when they say that the on-boat bars open at 10 p.m., so everything will be fine.