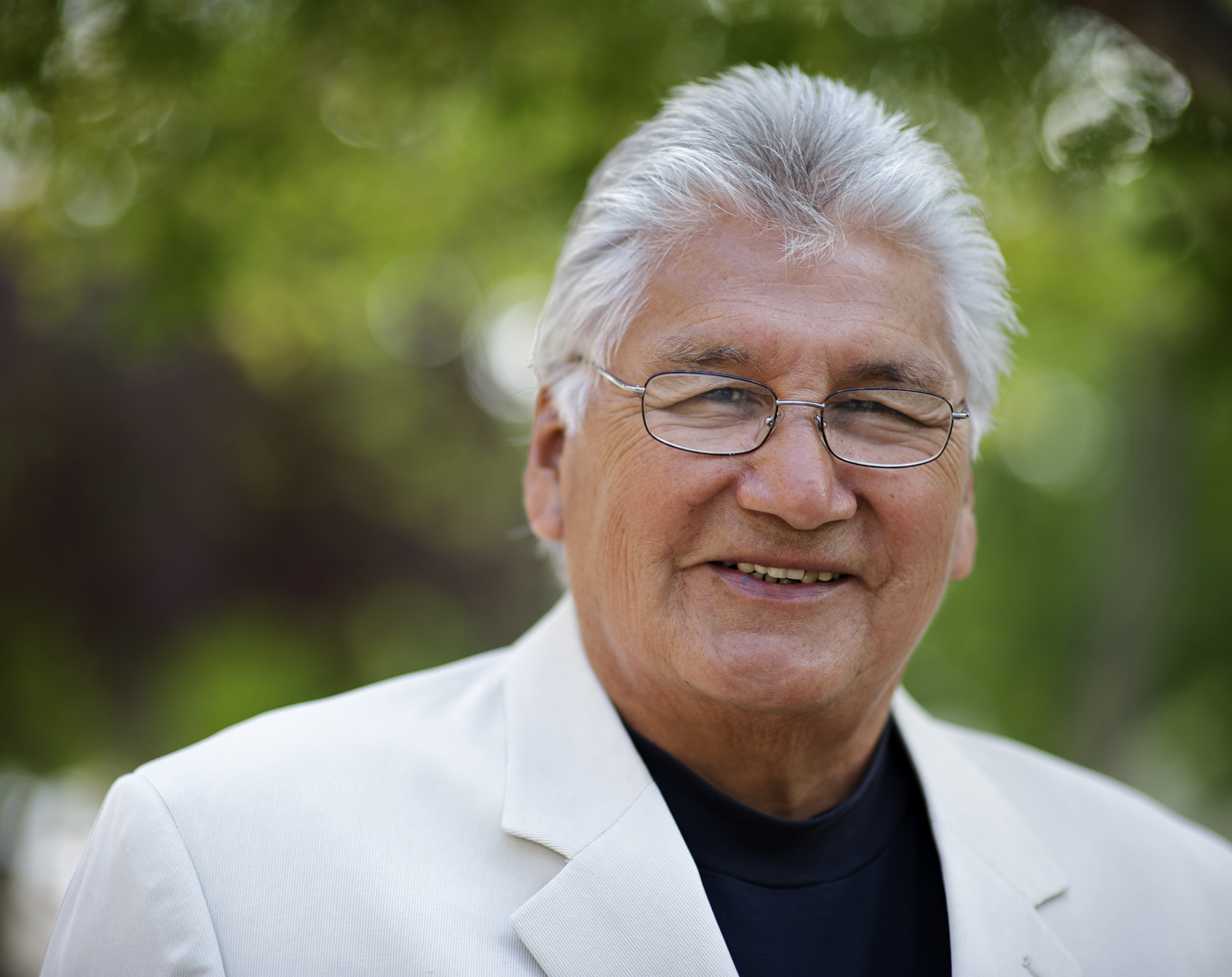 “Our oral history defines who we are. Our language comes from the Creator as a gift to us as a people, and we are the original people of the Western Hemisphere. We have an oral history maintained by the language,” says John Poupart of West Saint Paul, president of the American Indian Policy Center and facilitator for the Dakota-Ojibwe Language Revitalization Alliance (DOLRA), one of the few statewide indigenous language revival efforts in the United States. He has worked there since 1994.

On Thursday, August 27, at a special ceremony in Minneapolis, John Poupart will receive the McKnight Foundation’s Virginia McKnight Binger Award in Human Service, along with five other nominees . The award is given annually to individuals who selflessly serve their communities.

Poupart has worked for the past 40 years to strengthen American Indian communities through organizations such as the American Indian Policy Center. As facilitator for DOLRA, Poupart  works to preserve the oral tradition and sacred texts of the Dakota-Ojibwe, bringing together youth, public school staff, linguists, and American Indian Elders to conserve the stories and traditions of the culture.

“We depend on our older people to retain and pass on to the younger generation all of this knowledge that we have,” he says. “Stories are very important to our identity. In any society, identity is really important. In my personal life, I’ve grown to appreciate that more and more.”

According to Poupart, cultural identity is something the American Indian community is quickly losing in a progressively more materially driven world. The culture struggles to retain traditional values in a society that operates in contradiction to its core belief system. Poupart calls this erasure of the American Indian identity an extension of “manifest destiny,” aided by the work of social institutions that try to “fix people that aren’t broken.”

Growing up in Lac du Flambeau Indian reservation in Wisconsin, Poupart experienced these problems first hand. He struggled to conform to a Judeo-Christian based social system that rejected the traditions and beliefs of the Ojibwe. Feeling discarded from society, Poupart spent much of his youth battling alcoholism and spent a period of time in prison.

“As a child there was a coercive, almost destructive, influence by the schools and churches to deny my Indian heritage and identity. And that really caused a lot of problems for me,” Poupart says. “Alcoholism, crime, delinquency, dropping out of school … the first half of my life was a total disaster because I was listening to all these external voices and people and direction. I was always trying to be what other people wanted me to be, and I could never do that very well. I consistently failed again and again.”

According to Poupart, “coming to grips” with his Ojibwe identity and finding spiritual solutions from his culture is what led him out of a life of homelessness and chemical dependency, ultimately empowering him to help other American Indians. After getting his GED, Poupart went on to start his college education. He received a B.A in criminal justice administration from the University of Minnesota in 1977 and after being awarded a fellowship from the Bush Foundation, received a master’s degree from Harvard University in public administration in 1980.

“I learned from all this failure about who I was by going back to my roots and traditional ways,” he said. “I came to understand that there were three things I needed to do; I had to quit drinking, I had to find a job- full-time and I had to finish my education.”

After graduating from Harvard, Poupart worked in the Minnesota Department of Corrections from 1970 until 1994, developing the first program in the nation that advocates for American Indian offenders. He is also the author of an extensive list of publications and reports on various issues within the American Indian community.

Poupart remains dedicated to helping others in the American Indian community to find solutions and strength within their heritage, and to pass along the sacred traditions and knowledge of his culture.

“The thing for me to come to grips with is to create a place for other people to talk about they’re issues and to find strength within themselves,” he says. “There’s an old Indian saying, ‘Respect your brother’s vision,’ and I respect my brother’s vision.”

Jaclyn Evert (email evert027@umn.edu) is a journalism student at the University of Minnesota.