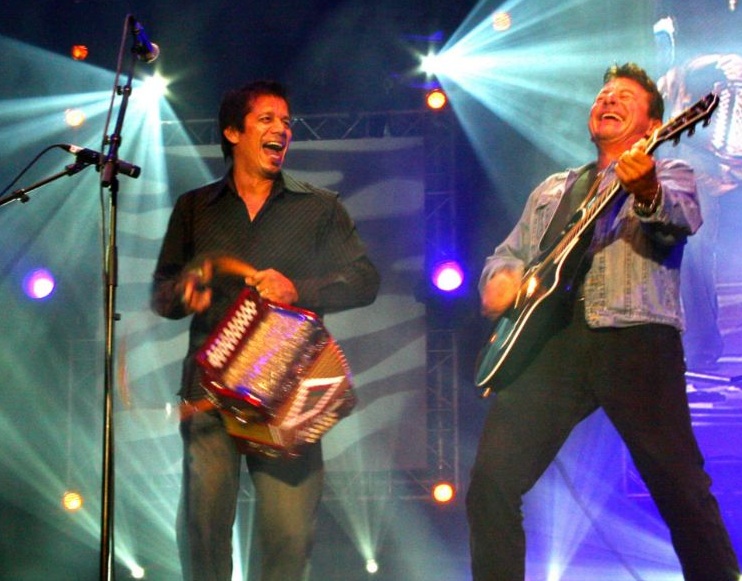 Joe Ely, storied West Texas rocker, played at The Cedar on Oct. 23rd, 2012, a beautiful autumn evening that would have been perfect had the concert been at an outdoor bonfire. Minnesota’s own Paul Metsa opened for his pal Ely, ending his heartfelt, bluesy set with a fitting tribute to the late Senator Wellstone. I’ve been watching Metsa play since about, oh, 1980. His stance, his strumming and his raspy voice continue to achingly reinforce his adoration of his music and the lifestyle that comes with it—interesting and soulful to say the least.

Ely is currently touring with musician extraordinaire Jeff Plankenhorn (dobro, guitars, mandolin, vocals) through what Minnesotans would reference as “the South.” Actually it’s the “flyover states”: Oklahoma, Missouri, Iowa, Arkansas, and Nebraska. They’ll end up back in Texas soon after Chicago and St. Louis, then Ely performs with the guys who “started it all” back in the 70s: The Flatlanders at Carnegie Hall next Spring. Joe Ely is a big deal.

Ely’s been around for long enough now that he’s “super cool” again. Not that he ever wasn’t, but his career has been in low profile , at least “up North.” He’s recently been featured in both Rolling Stone and Men’s Journal magazines, bringing his story to the children of his original audience. He’s out touring with a 2011 album release called Satisfied at Last. Gutsy title for any musician, but as amazon.com notes “When you have spent more than 40 years writing and recording songs that underscore a sense of turbulence, where violent winds, thunderstorms and tornadoes figure prominently and beckoning, and distant horizons are ever present . . .” I guess you’ve probably figured out that you are just that. Or at least “satisfied” for a good, long while.

I know better than to get all preachy in a review, but walking into the Cedar and seeing only three or four people (out of a couple of hundred seated) under 40 made me sad. If you like Brother Ali, Dessa, Calexico, Neko Case, The Clash (he opened for them in the late 70′ and sang background vocals on the recorded “Should I Stay or Should I Go”), or listen (even occasionally) to country music, you would enjoy listening to this guy. (Did I just put Brother Ali and country music in the same sentence?) Or maybe it’s more inclusive to say that if you like hip-hop, blues, country, rock, or folk you’d enjoy listening to this guy.

Ely’s reach is vast. He creates paintings using a guitar-shaped brush. He’s an epic guitar player, a great vocalist, and an extraordinary storyteller. Which is what unifies him to the aforementioned artists. Ely’s a little bit country and he’s a lot of rock of roll. He’s a little bit of folk and a lot of blues. He’s all folk artist, with a little bit of soulful swag. He wears black like a punk rocker but boots that are sh*t kickers. I think anyone would love an Ely show … from my hip-hop hopeful nephew to my K102-lovin’ neighbors, from my Ranchera loving brother-in-law to my folk-vocalist-adoring sister.

Ely will be visiting again in a year or two, I’d guess. He has friends here and a sustaining, supportive audience. Sue McLean & Associates brought Ely to town this time, and that’s worth noting as she brings quite a few important, storied acts to town. McLean helps the Twin Cities keep its reputation for being a great place to play. I just hope that the next time he is here, he has a new audience as well. Young musicians, indie supporters as well as retro rockers deserve to hear him. And more importantly, he deserves to be heard.