Despite the fact that it meant ending an extended acting hiatus, it must have been irresistible for Joe Dowling to cast himself as the title character in Brian Friel’s Faith Healer. Not only is Friel a playwright whose work has long been particularly significant for Dowling, Faith Healer is much more a meditation on art—and theater in particular—than on faith.

As a faith healer, you wade out into the masses and watch them respond…to what? To the razzle-dazzle, yes, but also to something intangible, something about your eyes, something about your manner. Often, nothing special happens and they leave in disgust, but once in a while, the magic happens and someone is healed. You have a gift, and it draws lovers and admirers to you; but then they expect you to take responsibility for them, and responsibility is not your gift.

Certainly not Joe Dowling, who’s anything but a fly-by-night mesmerizer. Dowling is a gifted director, but if he were truly a slave to that gift, he wouldn’t be performing in a fantastically expensive state-of-the-art facility built under his stewardship. Maybe that’s why he should have resisted the temptation to step into the role of faith healer Frank.

In her Daily Planet review of the Guthrie’s production of Faith Healer, Sheila Regan fails to find praise for Dowling’s acting; in fact, she calls it wooden. I don’t know that I would use that word; instead, I might call Dowling’s performance technical. There’s nothing exactly wrong with the performance, it’s just that Dowling failed to convince me that his Frank was the same one spoken of in the heart-stopping monologues delivered by Sally Wingert and Raye Birk. Instead, Dowling comes across as more of a narrator, describing Frank from outside rather than embodying him.

So who should have played Frank? I have a suggestion, but I don’t think you’re going to like it.

The idea first popped into my mind when I noticed the way Dowling, as Frank, purses his lips and pouts them out. Then, I noticed his brightly-colored socks. That started me thinking. What local artist is known for his soothing demeanor and strange magnetism? Who radiates warmth while remaining emotionally distant? Who travels from place to place, charming the locals at outdoor tent shows? Who’s known for his troubled romances and a conflicted relationship with his native land?

All those things describe Frank, and they also describe a certain Minnesotan who’s known to amble about the stage reminiscing as does Frank…except this guy’s socks aren’t green, they’re red. That’s who should have played Frank. 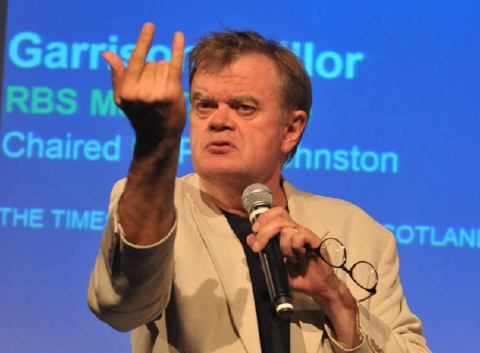