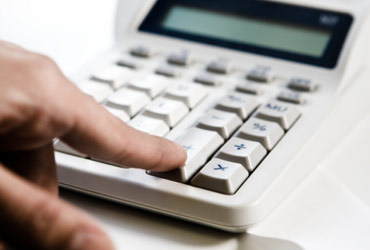 One of Minnesota’s nationally recognized experts in dissecting community issues is having a tough time figuring out recent business and economic trends in his hometown and county.

“The numbers don’t add up,” complains Reed Anfinson, publisher of the Swift County Monitor-News at Benson, who tracks job growth and unemployment in his home area. He sees business expansions creating jobs in his community while people remain unemployed and other residents continue to move away.

Anfinson will become president of the National Newspaper Association later this month at the annual meeting for community newspapers and regional daily newspapers. His family has published the Benson newspaper for more than 50 years and chronicled Swift County events through good times and bad.

What Anfinson may be detecting now is an upturn in Minnesota’s economy that includes manufacturing, based on state employment data released last week.

In a semi-annual jobs vacancy report issued on Thursday, the Minnesota Department of Employment and Economic Development (DEED) found 57,700 job openings statewide in the second quarter, the largest number of job opportunities for the quarter in four years.

In a Friday article on the jobs numbers, the St. Paul Pioneer Press carried warnings from State Economist Tom Stinson that the year-over-year improvement may not prove durable. What’s more, national and international economic problems could impact Minnesota’s economy in the months and quarters ahead.

Regardless, job openings at Benson are in the manufacturing sector and are full-time positions that suggest these jobs are sustainable. What Anfinson is seeing are conflicting data sets that aren’t easy to explain. But they reflect how Benson and Swift County have become microcosms of what communities across the nation face when finding their places in the global economy and linking 21st Century jobs and business opportunities with available human resources.

On the positive front, Case-New Holland Agriculture is expanding its manufacturing plant at Benson by 75,000 square feet and will need 50 new hourly employees and about 10 more salaried, front office and administrative people.

This will raise employment at the plant to about 530 people, up from 375 in September 2008, Anfinson said. And on top of that, he added, Custom Roto-Mold is holding a jobs fair in the coming week to alert prospective employees of expanding job opportunities, and another local plant, SpecSys, also has job openings.

Anfinson knows of other manufacturers in the west-central Minnesota region who are also expanding. “If we could actually link the unemployed with available jobs, we should have about a zero unemployment rate,” he said.

Swift County had the sharpest population decline of Minnesota counties in the 2010 Census, 18.2 percent, while 37 of Minnesota’s 87 counties had out-migration and lost population since 2000. Nearly all such counties were in rural Minnesota while most of the metropolitan Twin Cities area continued to see sprawl and growth.

This has left a good supply of homes available in and around Benson for people who might move in, Anfinson said. Most of these multi-bedroom, “family” homes are affordable in the $60,000 to $100,000 price range.

What Benson and rural communities will need to do is convince people that opportunities exist and there are quality of life advantages in rural areas, the Benson publisher said. He cited educational opportunities for family members among them, noting that school districts in Swift County offer youth opportunities in music, athletics, theater and other activities along with core curricula.

There are nearby lakes, golf courses, entertainment venues and higher education opportunities. And still, like so many rural communities across America, there are lingering identity problems with perceptions of remoteness.

That makes the current job growth and out-migration in Swift County all the more perplexing. Swift County isn’t remote relative to its world reach.

On any given day, grain elevators at Kerkhoven, Murdock and Benson are loading shipments of area farmers’ soybeans bound for China and Japan, or corn for Russia or other ports in Europe, Asia and Africa.

Meanwhile, agricultural equipment made at the CNH plant in Benson is shipped to Canada, Australia, Brazil, Uruguay, Russia, Argentina and China. When Anfinson visited the plant recently, workers were preparing CNH cotton pickers for shipment to Turkey.

The Benson plant continues to make farm spraying equipment and has added cotton harvesting equipment to its product lines—despite Minnesota’s long distance from cotton fields. Assembling, painting, engineering, packaging and other positions at the plant require a wide range of low to high skills and professional talents, and Ridgewater Community College at Willmar and Alexandra Technical College work with CNH on employee training.

For Anfinson, a leader among American community newspaper publishers, Benson is poised to offer jobs and business activities compatible with the new economy of the 21st Century. “We are in a race to feed the world,” he said. “That will require agricultural equipment.”