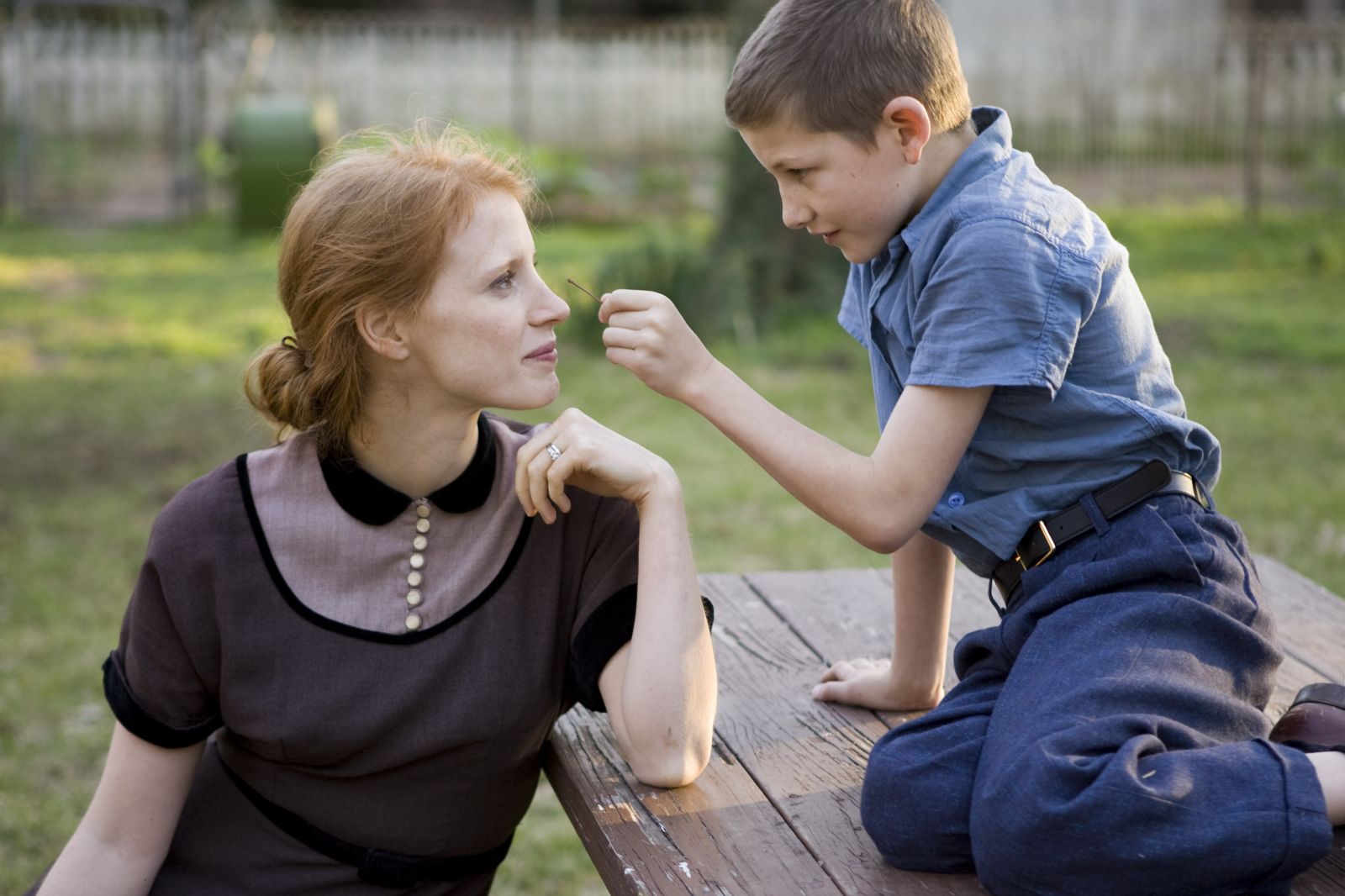 After having its Minnesota premiere at the Walker Art Center on Wednesday, Terrence Malick’s, The Tree of Life will finally open in the Twin Cities at the Uptown Theatre this Friday, June 3. Malick’s film releases have become major events, since he’s only released five films in his 40-year career, and The Tree of Life, is another spectacular achievement in character, direction, story, cinematography, and sound. It doesn’t hurt to have two A-list actors (Brad Pitt and Sean Penn) in your film, but many viewers will be surprised by the performance of Jessica Chastain, who plays Mrs. O’Brien (Brad Pitt’s wife) in the film and might have the most screen time of any actor in the film.

Chastain was present at the Walker screening and in our interview, she was nestled into a chair as she had recently torn her ACL while she was at the Cannes Film Festival—where The Tree of Life won the prestigious Palme d’Or, making it the first American film to win the award since Michael Moore’s 2004 Fahrenheit 9/11. Chastain was also featured in another Cannes winner, Take Shelter, which premiered at the Sundance Film Festival earlier this year (it will be released in the Twin Cities this fall); she might be the only actress in the world to ever be featured in two prize-winning films at the Cannes Film Festival in the same year.

As we began talking about The Tree of Life, Chastain’s face glowed with excitement considering that principal filming was done over three years ago and the film is finally being released. In Chastain’s scenes, she rarely lets her guard down and she can go toe to toe with Pitt, showing anguish and emotion wordlessly. It might be Chastian’s biggest role, to date but she has another five films coming out within the next year, including Coriolanus directed by actor Ralph Fiennes; The Debt directed by British Academy-Award-nominated filmmaker John Madden; and a film that was bought at Cannes by the Weinstein Company, The Wettest County in the World, by the team that made the Australian western The Proposition along with Take Shelter. Chastain is an actress in high demand, and with her performance in The Tree of Life, you can see why.

The first question I asked Chastain was: when she landed the role of Mrs. O’Brien, did she ever imagine what The Tree of Life would like on a movie screen?

Press the play buttons below to hear the interview in two parts.