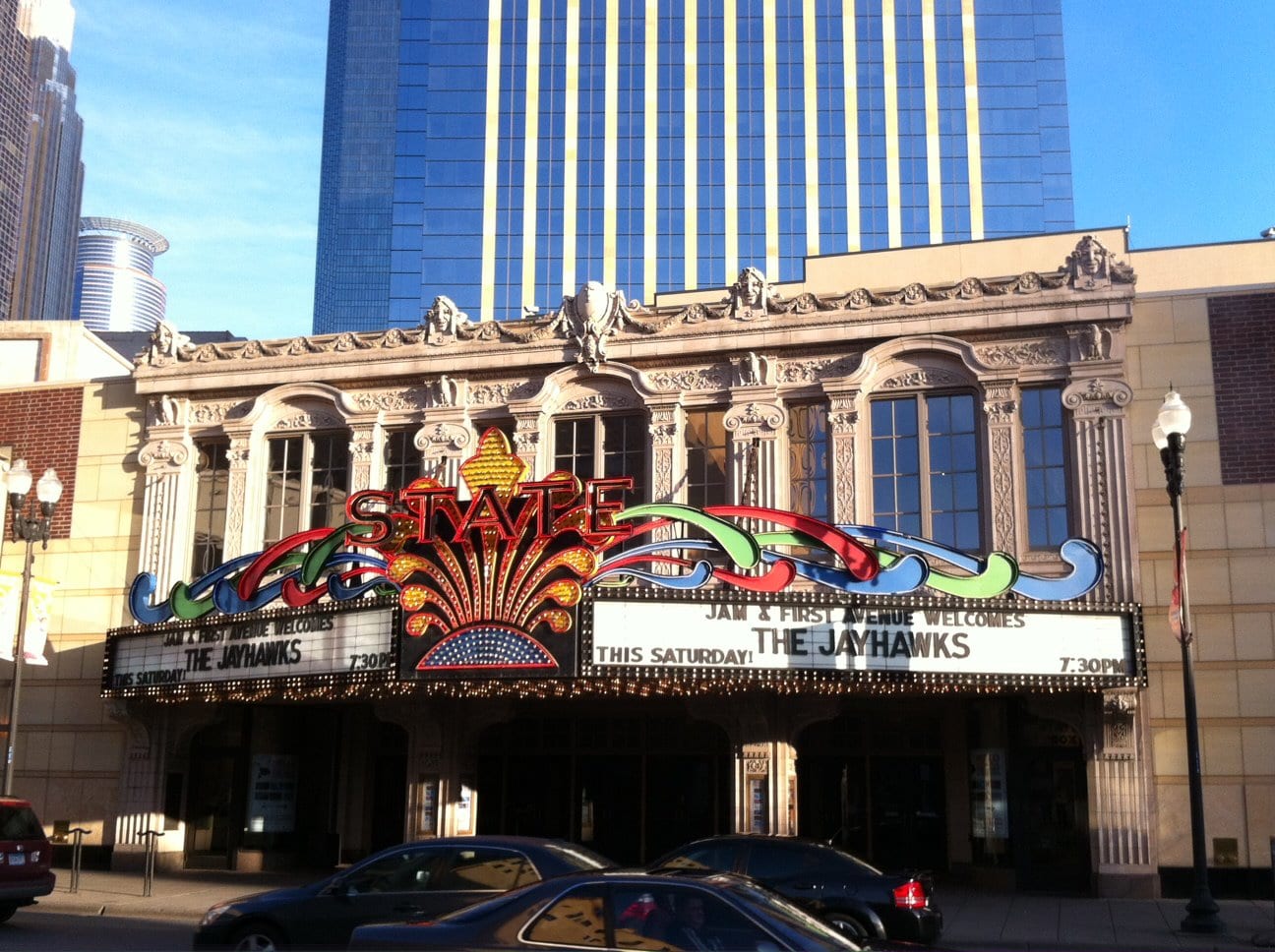 Having heard all over everywhere for the longest about the Jayhawks, practically since I moved to the Twin Cities, my ears went up like a hound dog’s on hearing they be doing a show at Minneapolis’s State Theatre on February 19. Were they even half as strong as their reputation they’d be pretty damned good. Well, the Jayhawks played a gorgeous set of countrified soft-rock. To, quite understandably, a nearly sold-out house.

It was two hours of fine songwriting, solid singing, and strong musicianship what the Byrds that wrought. It is, after all, hard to find an alt-rock band that doesn’t show signs of influence by seminal folk-rocking singer-songwriters Roger McGuinn, David Crosby, and Gene Clark. One of the strongest outfits this side of the Gin Blossoms is no exception: the Jayhawks echo the Byrds with a bit of the Band and, from the fabled British Invasion, the Beau Brummels thrown in. All of which sweetly flavor ingenious originality.

A couple problems with the performance: If you’re going to cover a cut, especially an historic one, add something. The Jayhawks’ rendition of Grand Funk Railroad’s “Bad Time (To Be In Love)” was beautiful. But it sounded, basically note for note, like the original. The piano, bass, and drums could’ve been mixed much more cleanly. Still, powered by upbeat energy, beautiful guitar work, and wonderful vocals, the Jayhawks showed why they’re an enduring legend.

Gifted duo Kaiser Cartel opened. Courtney Kaiser (lead vocals, guitar) and Benjamin Cartel (vocals, drums, guitar) did a half-hour or so of inventive melodies and pulling off a beautiful blend of rich harmonies. It’s kind of a cross between the Everly Brothers and Stevie Nicks that worked well from beigning to end. Why, however, they decided to close the set by going off mic and wandering down into the audience where no one out of immediate hearing could make out a single word or guitar chord is a question that begs asking. Doing a great bunch of originals, they did one cover: Dire Straits’ “So Far Away.” Sacrilegious as it is to say, tight as Mark Knopfler’s original vocal is, Kaiser Cartel afford incredible texture, harmonizing rich, bright as daylight. The performance was, if not an improvement on the original, certainly lacking for nothing—which, of course, is the purpose of performing someone else’s song.

All told, it was a roughly three-hour show that so thoroughly entertained it was over much too quickly.