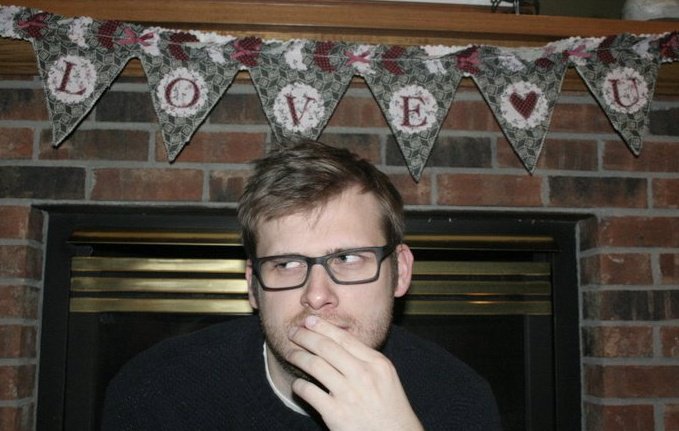 Name: Jason Zabel
Website: “Well, here goes: I edit and write for the Twin Cities A.V. Club. I also edit and write for The Tangential. I have a Tumblr that I don’t use, really. But I tweet a lot because I’m alone all day. Cry for me?”

What’s your job?
“I’m the editor of The A.V. Club in the Twin Cities. Sometimes I have to tell people that that’s part of The Onion, but not ‘the funny part’ of The Onion, even though I think it’s pretty fuckin’ funny.”

What’s your relationship status?
“Attached to the nephew of Omarosa from television’s hit reality contest show The Apprentice.”

Where are you most likely to be seen?
“Lowry Hill Liquor Store, Ramaley’s Liquors in St. Paul, Big Top Liquors in St. Paul, and Chicago-Lake Liquors in Minneapolis. Sometimes I even go out to drink, mostly at show sites like First Ave and the 7th Street Entry, or at bars such as Club Jäger and Lyle’s. There’s also that place in Northeast everyone is talking about, that little joint just beyond where the hipsters live, located just past where the yuppies have built their condos, but before you reach the epicenter of the aging Poles. That place.”

Where are you least likely to be seen?
“I’ll go anywhere for a good time.”

With what people are you most likely to be seen?
“This question makes me feel gross. I can assure you, though, that I don’t go out of the house without myself.”

Where were you born?
“I was born in St. Paul, grew up in Como Park, and was reared or whatever in Roseville, a city that is not, contrary to popular belief, a shopping mall. I moved to Minneapolis to go to the U, and got stuck there for a while. It was great.”

What neighborhood do you live in now?
“I live in the Ramsey Hill area of St. Paul. The Manigault-Stallworths bought a big house and I live in the servants’ quarters, just as I should.”

What’s your ride?
“I obviously have a Volkswagen Jetta, black. I also take a lot of cabs.”

What’s the best way for someone to start a conversation with you?
“Ask me about the time I showed Josh Hartnett my nipple.”