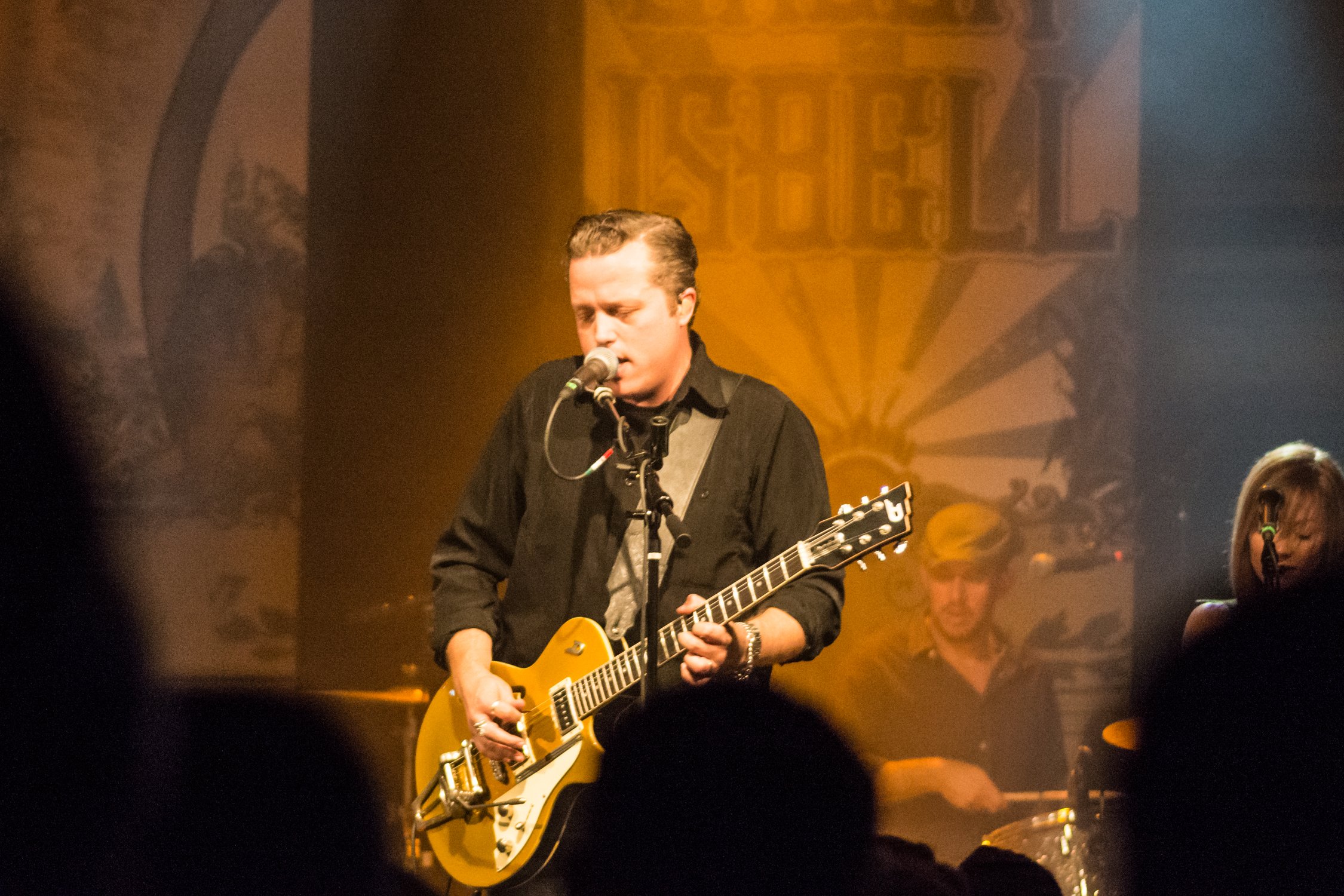 The first dozen or so times I saw Isbell perform with the 400 Unit (the band he typically tours with) — you could say he was a different man than today. Then, on stage between songs, he’d soothe his voice with a gulp or six of Jack Daniels from a bottle the size of my head. He’s now sober and it truly shows in not only his vocal talents, but also in his general demeanor during the show. He’s grown up and his crowd seems to have grown with him somehow, both in size and behavior.

This is his third stop in the Twin Cities in the past year and I’ve made sure to attend the others as well. He’s absolutely my favorite singer/songwriter going currently. Perhaps those words are bold, but so is this guy’s voice. On his newest album, a solo offering (with appearances by the entire 400 Unit, as well as his talented, beautiful and fiddle-toting wife, Amanda Shires), Isbell brings you through the emotional wringer, full spectrum.

Friday night at the Varsity was no different. Isbell started out with his full band, the 400 Unit along with Amanda Shires, his newlywed wife on fiddle with the song “Flying Over Water” which was an instant hit with the sweaty, sold out crowd.

Editor’s note: This is Ryan Cutler’s first article. He explains: “Typically, I find myself at shows to photograph them. It doesn’t pay particularly well, but can get me access to shows that I’d never have otherwise. I chose Jason Isbell as my first show to actually write about due to the fact that I absolutely wouldn’t have been able to attend otherwise.”

Isbell and the band performed  for almost two  hours, a much more energy packed, witty and impressive show than his last time in town with the full band (before he quit drinking). Though only messing up one verse throughout the night, he used that to pitch his new album Southeastern, available hopefully everywhere. They played everything from classic DBT tunes Isbell has written to brand new stuff from the newest album.

I don’t care what you paid for your ticket — it was worth it. Isbell’s voice in the oddly silent (if only for half a song) Varsity Theater during “Cover Me Up” sent shivers up my spine. The mics could’ve cut out and everyone in there would’ve still heard him. He spent a few songs playing a duet with Amanda, including “Elephant” and “Flying Over Water.”

With a sly grin, Isbell joked with a man in the crowd who had  yelled to hear “Outfit” — “You know, a little secret about that song. I never play it after someone yells it out. So, you can keep yelling it and not hear it, or not yell it and then I’ll play it .”He played it three songs later.

They closed up the night with an encore that included the classic Stones song “Can You Hear Me Knocking,” before everyone piled into the crowded streets of Dinkytown. I personally cannot wait for their next Twin Cities appearance. I’m hoping to someday see a DBT type reunion, including Isbell, Mike Cooley and Patterson Hood, but for now – I’ll take one-third of that.