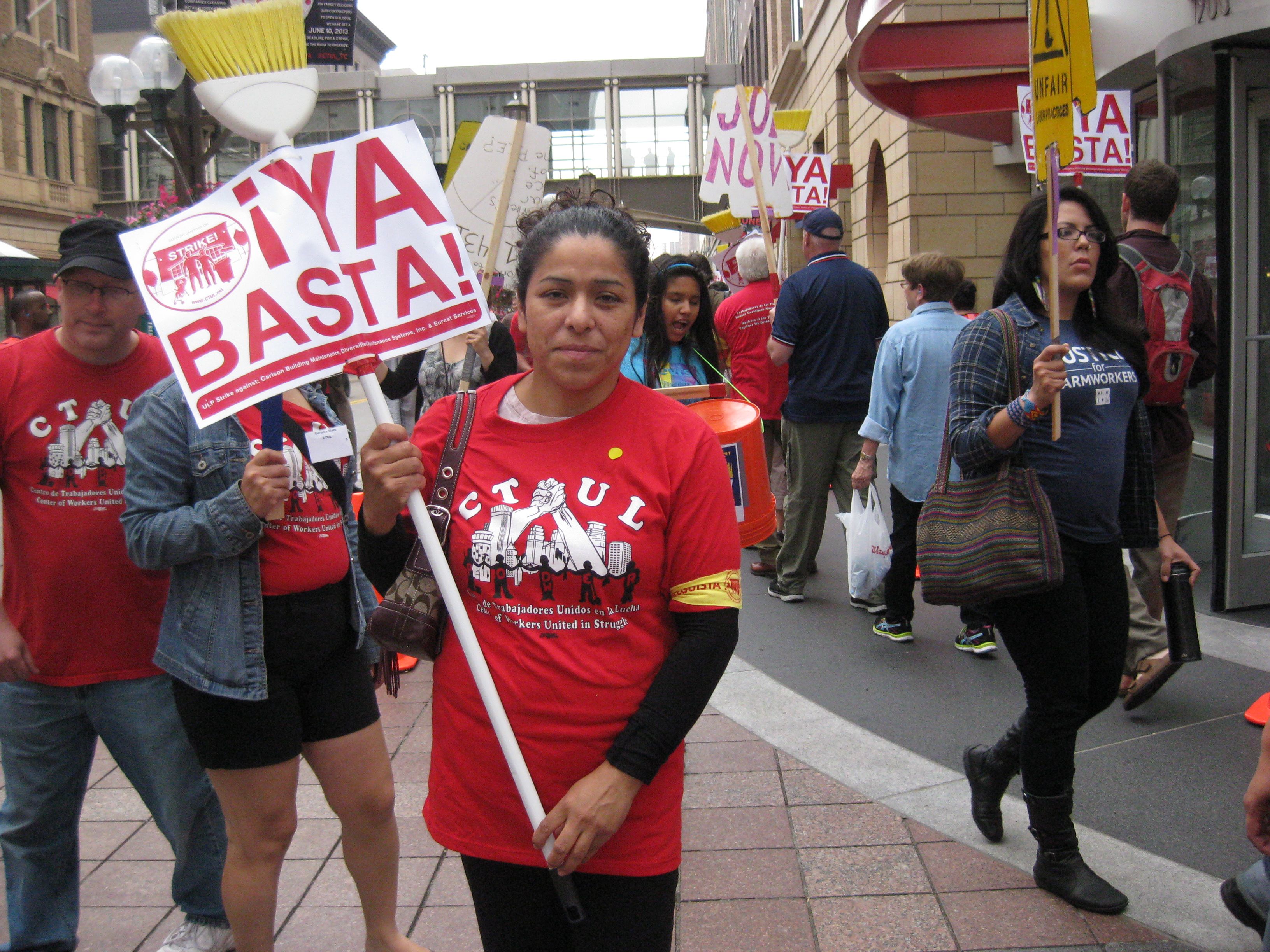 This spring, Maricela Flores was fired from her job cleaning a Target store for Carlson Building Maintenance. She believes it because she participated in a February CTUL strike. The labor group helped her get the job back, but she still worries about what will happen when she returns to work later this week. (Photo by Alleen Brown)

Non-union retail janitors who clean Target stores as well as Kohl’s, Kmart, Sears and Home Depot called a 48-hour strike on June 10, demanding that the subcontractors for whom they work let them unionize. 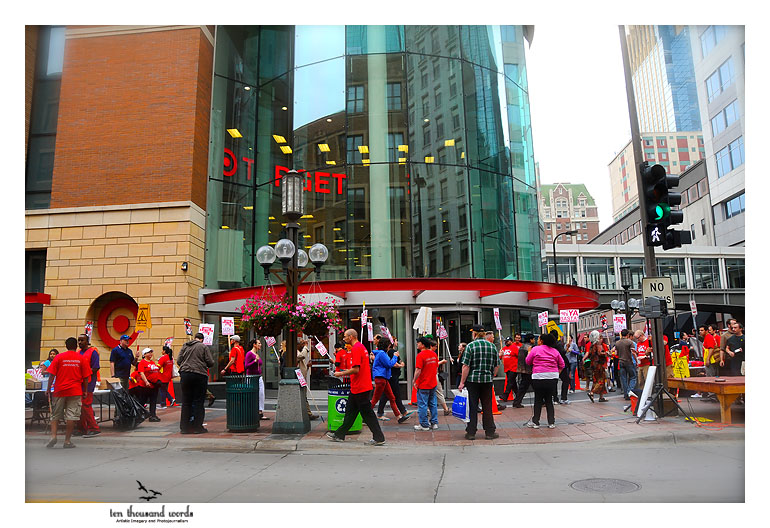 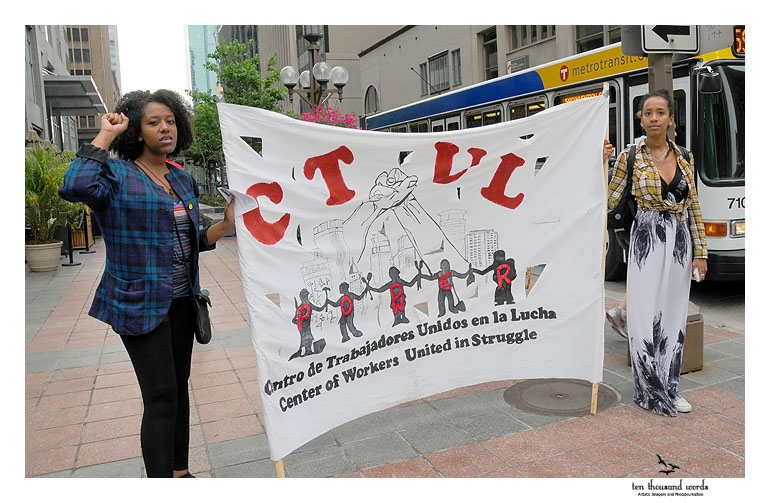 Members of the local labor group Centro de Trabajadores Unidos en Lucha organized the workers. Since only a couple retail janitors work at every store, it’s difficult for traditional unions, like the one that represents commercial office building janitors in Minneapolis, to organize them. CTUL’s model of leadership development better fits the needs of the workers. (Photo by Trang Do) 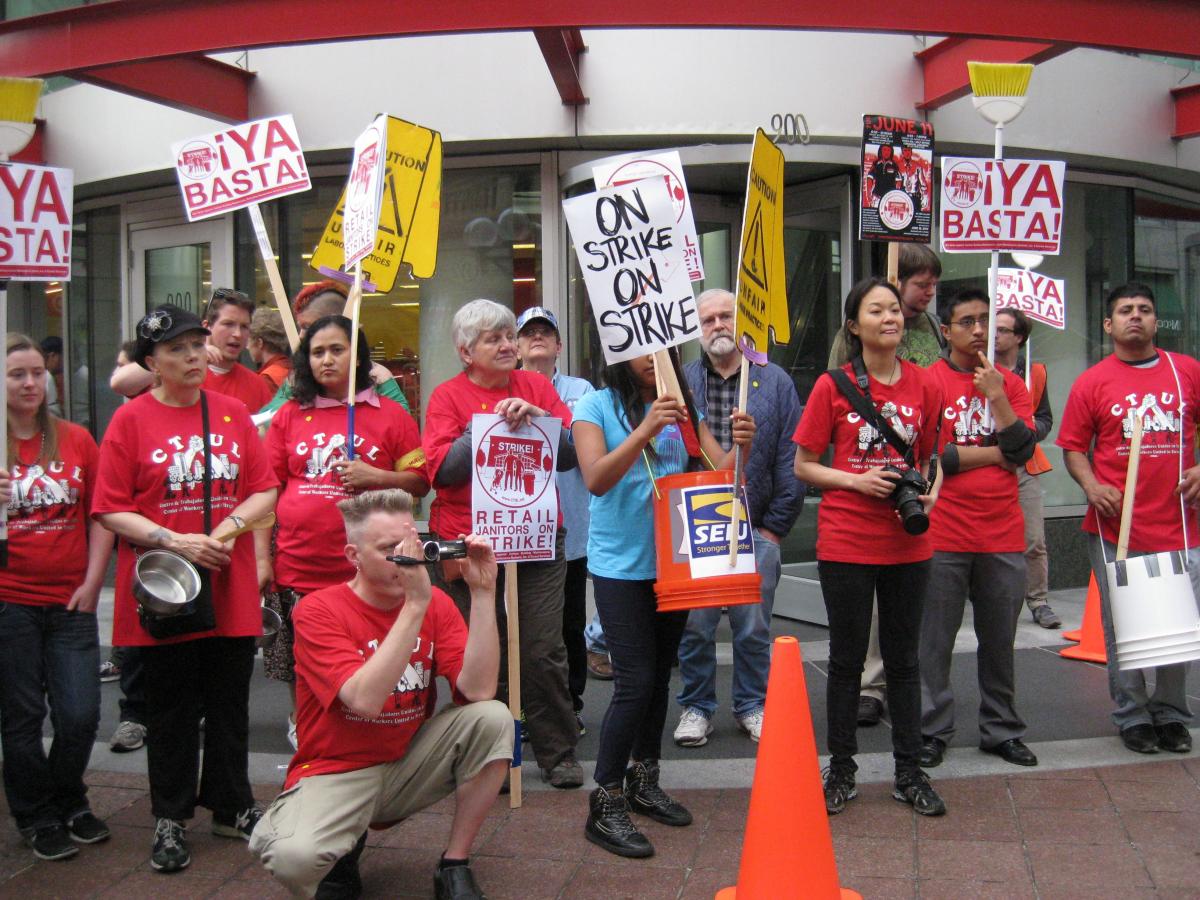 Commercial office building janitors are represented by SEIU Local 26. They earn $13.92 per hour to start, with benefits. CTUL said most of the retail janitors they work with earn around $8.50, with few if any benefits. (Photo by Alleen Brown) 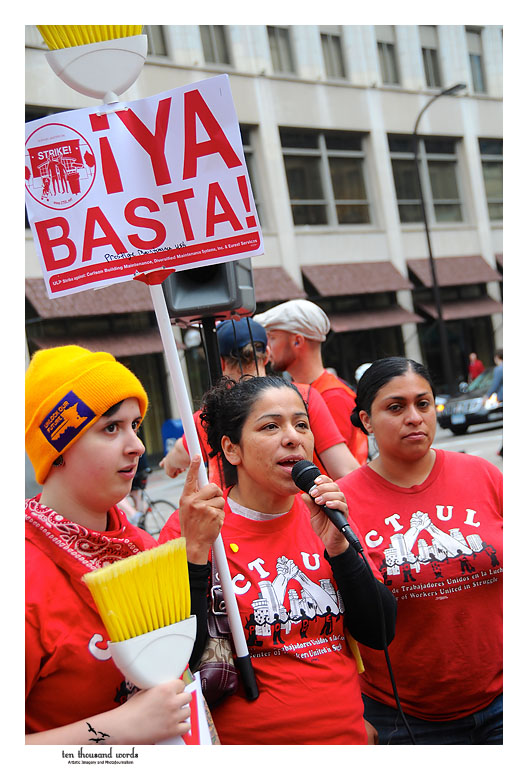 The retail janitors are employed by subcontractors including Eurest Services, Diversified Maintenance, Prestige Maintenance USA and Carlson Building Maintenance. The nature of contract bidding means that companies that cost less win the contracts. The system drives down wages. (Photo by Trang Do) 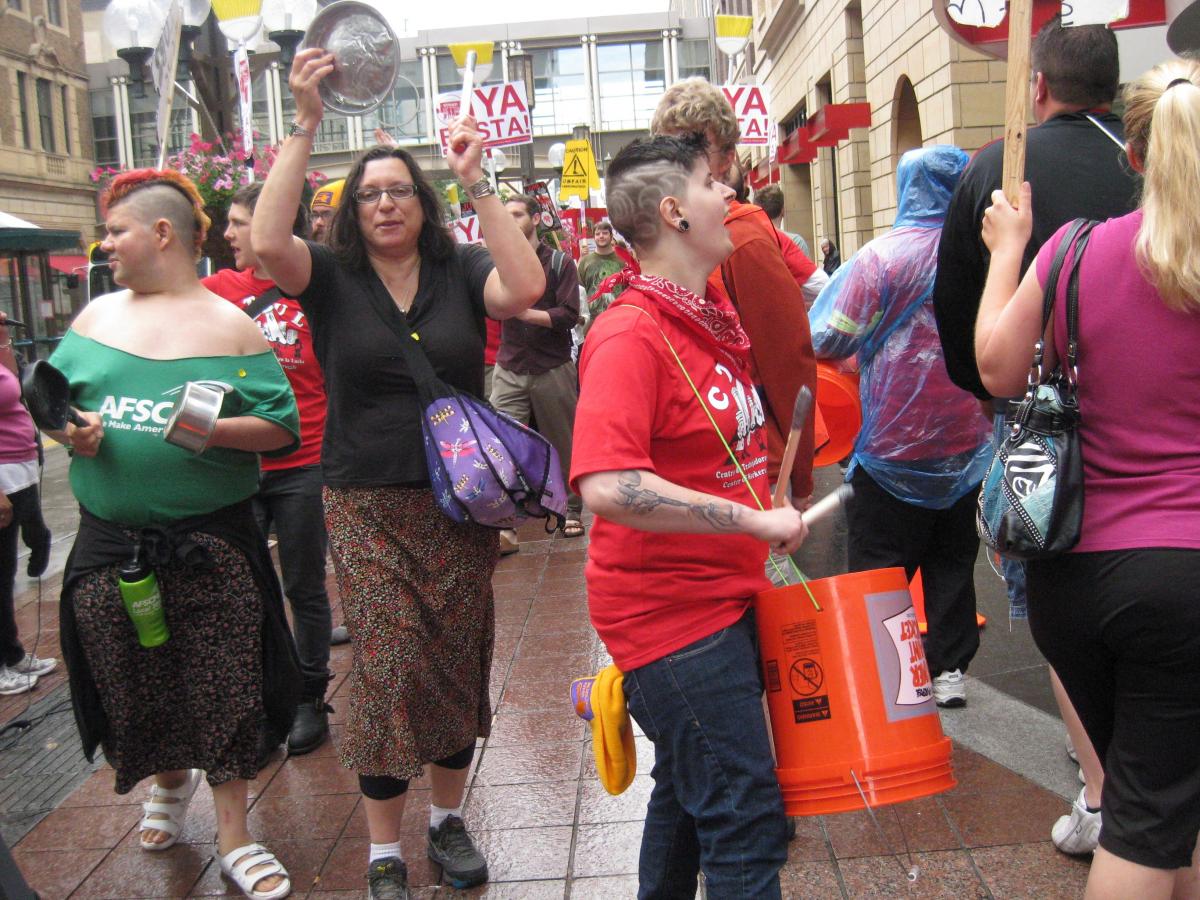 OSHA complaints filed by workers say that the employers failed to provide proper safety training and equipment to protect workers from the powerful chemicals they use. Another complaint said retailers locked janitors in stores at night while they cleaned. One of the companies recently settled a lawsuit accusing them of failing to pay overtime wages. (Photo by Alleen Brown) 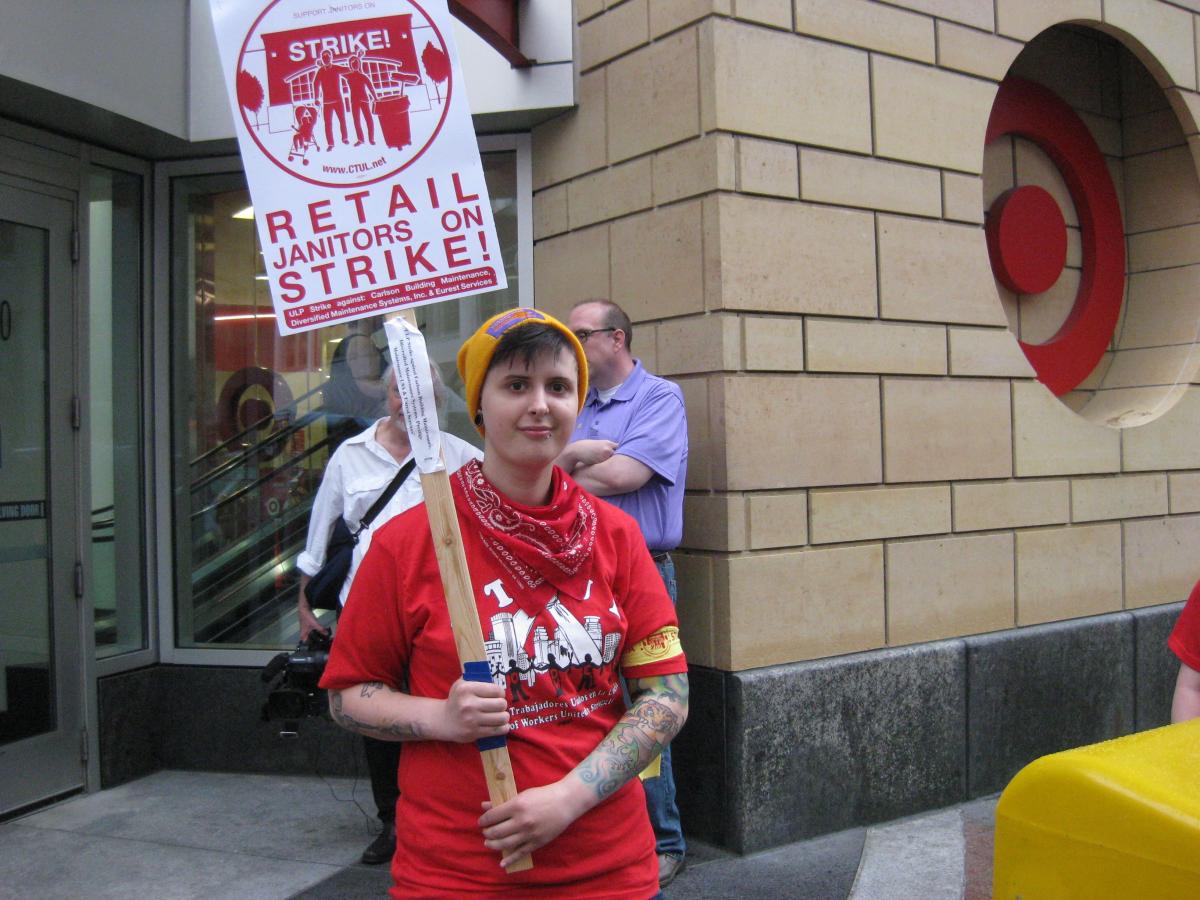 Alora Deplacito cleans a Kohl’s store for Eurest Services. She says cutbacks have meant an increased workload for her. When she became homeless last year, the low pay she earned made it extremely difficult to get back on her feet. (Photo by Alleen Brown) 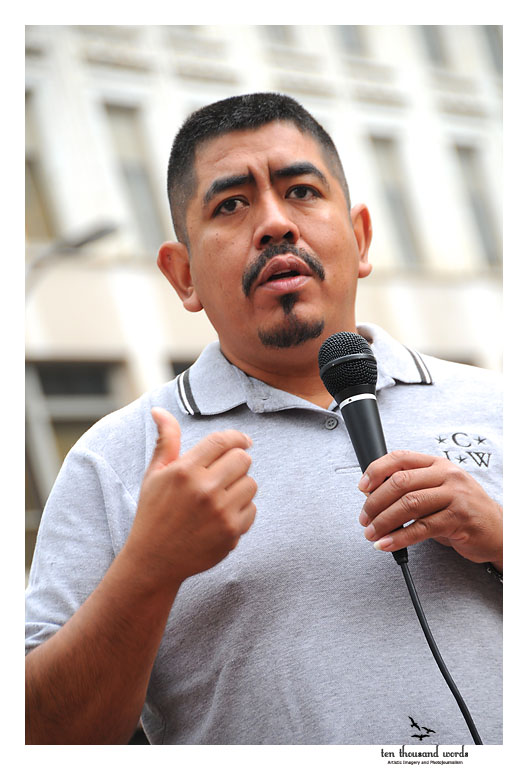 Coalition of Immokalee Workers co-founder Lucas Benitez organizes farm workers in Florida. “For corporations like Target, they don’t care if you’re here in Minneapolis or Florida or any part of the United States. They think in money,” he said. “We’re showing what’s behind Target’s image. We’re showing there are injustices, that Target is exploiting workers.” (Photo by Trang Do) 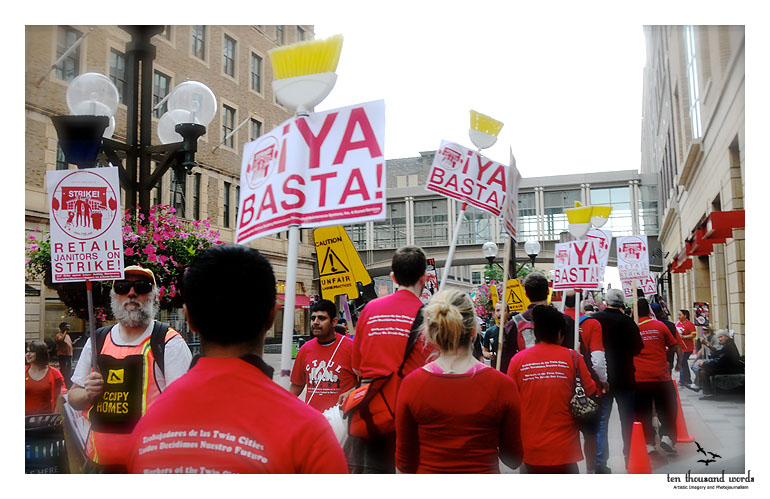 Around 30 workers from 25 stores picketed Tuesday. Around 250 people picketed throughout the day. (Photo by Trang Do) 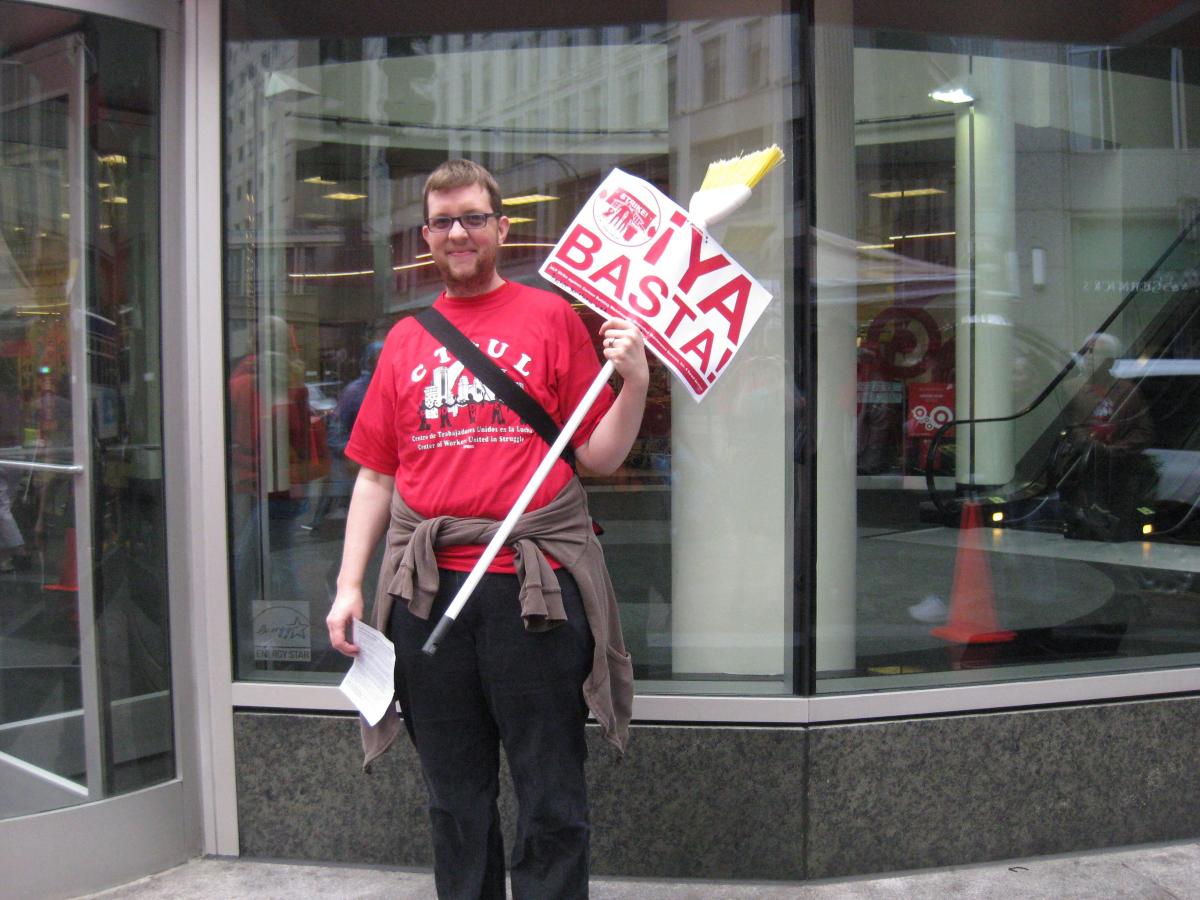 “Wherever there’s workers working full-time and living in poverty, people need to come out and support the workers,” said picketer Galen Smith.  (Photo by Alleen Brown) 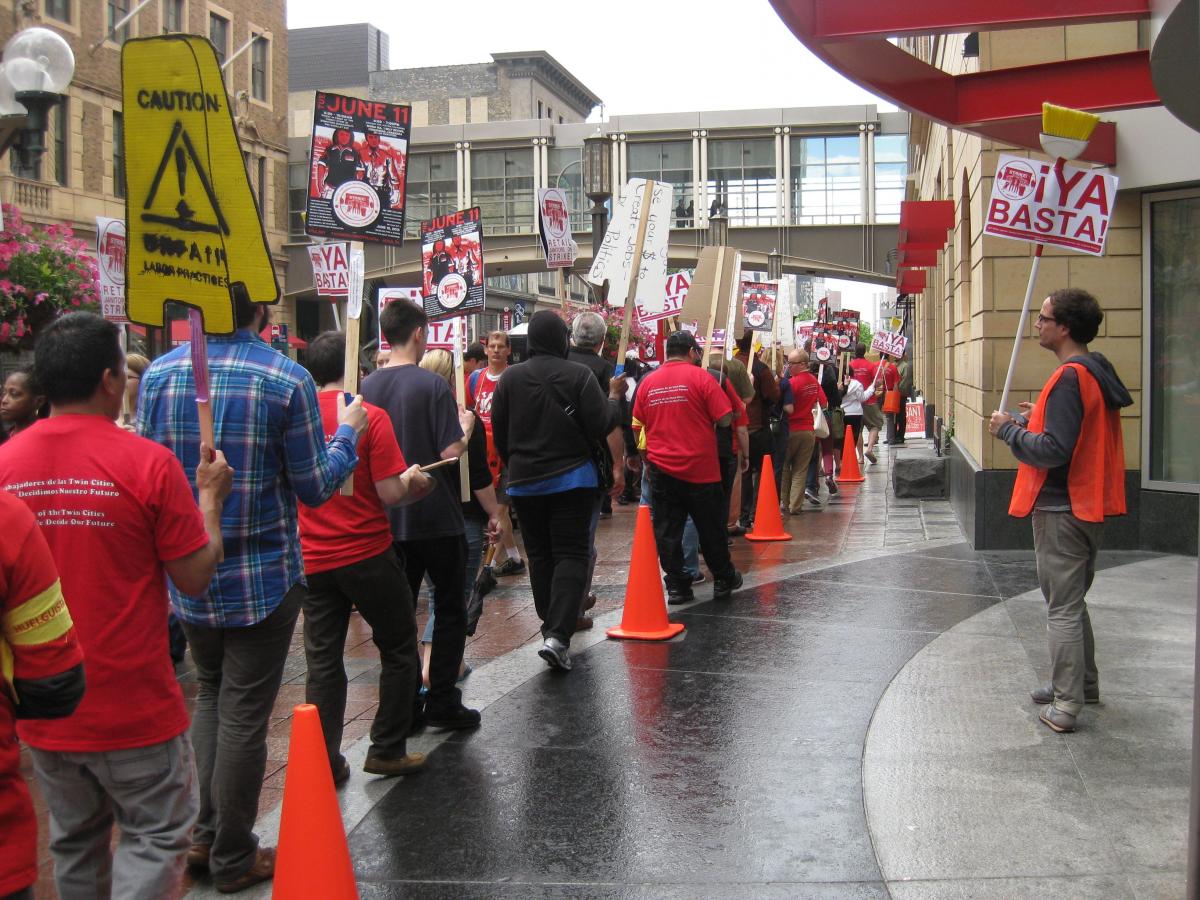 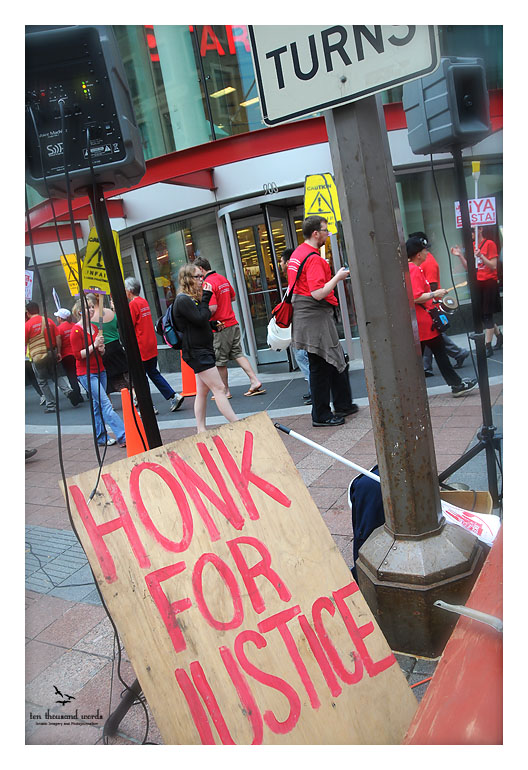 Workers asked passing motorists to honk in soidarity. (Photo by Trang Do)