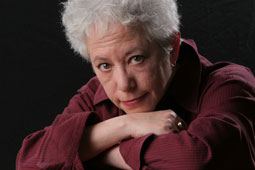 The press release said that Janis Ian and legendary folksinger Tom Paxton (“Bottle of Wine,” “The Last Thing On My Mind,” “The Marvelous Toy,” “Ramblin’ Boy”) were coming to the Twin Cities to perform in a “‘Call to Action Concert’ to honor local organizations working for peace and social justice.” It also said that Janis Ian was available for interviews. I jumped at the chance.

Janis Ian was one of the first musicians on my personal playlist, with “Society’s Child,” her first big hit, written and recorded when she was 14. The song, about interracial teen romance in the mid-1960s, was banned from many radio stations and resulted in threats to disc jockeys (and Janis herself) and the burning of one radio station that played it. I was 15, and I loved Janis Ian and “Society’s Child” and the whole big world waiting somewhere, far from the farm and the chickens and the small-town Minnesota.

Janis Ian kept on writing and singing. The official bio on Ian’s website says she “got most of my big mistakes over with before I was twenty-one.”

At least I got to do something I loved! I could have been working in a factory, or a day job where every day is the same thing, day in and day out. Instead, I got to deal with everything from doing coke with Jimi Hendrix to death threats. I lived an entire life in my teen years, and I don’t regret a second of it.”

The rest of her life has been just about as exciting—you can hear it in her songs and read it in her 2008 autobiography. Musical, political and personal threads are inextricably intertwined in her life and work, from “Welcome Home (The Nebulas Song)” (reflecting her passion for science fiction) to the Pearl Foundation, honoring her mother and funding scholarships for older, returning college students to songs about love, war, domestic abuse, incest, the FBI, same-sex marriage, country music, folk music, and much more.

Ian said that her audiences are usually a “pretty broad range from 16-year-olds to people in their 70s who started with me when I was 14.” She noted that her 1975 Grammy Award-winning “At Seventeen” is still a strong calling card. She said it still gets a lot of radio play, and was featured by Celine Dion in the 2008 Grammy Awards and by Tina Fay in Mean Girls.

Ian is enthusiastic about touring with folk legend Tom Paxton and Natalia Zukerman (daughter of violinist/conductor Pinchas and flutist/writer, Eugenia Zukerman.) “I’ve known Tom since I was 13,” she said. “He’s always been a very good friend to me. … I had this idea that the two of us on stage could do a concert much like we would have done in the sixties, a joint effort, singing each other’s songs. We rehearsed for five days – worked out a series of about 20 songs – three or four solos each, and then we are in and out on each other’s stuff.” Zukerman is “a wonderful lap steel player,” and they have performed together for several years now.

Ian said there will be new songs at the concert, though she doesn’t know when a new album will be out.