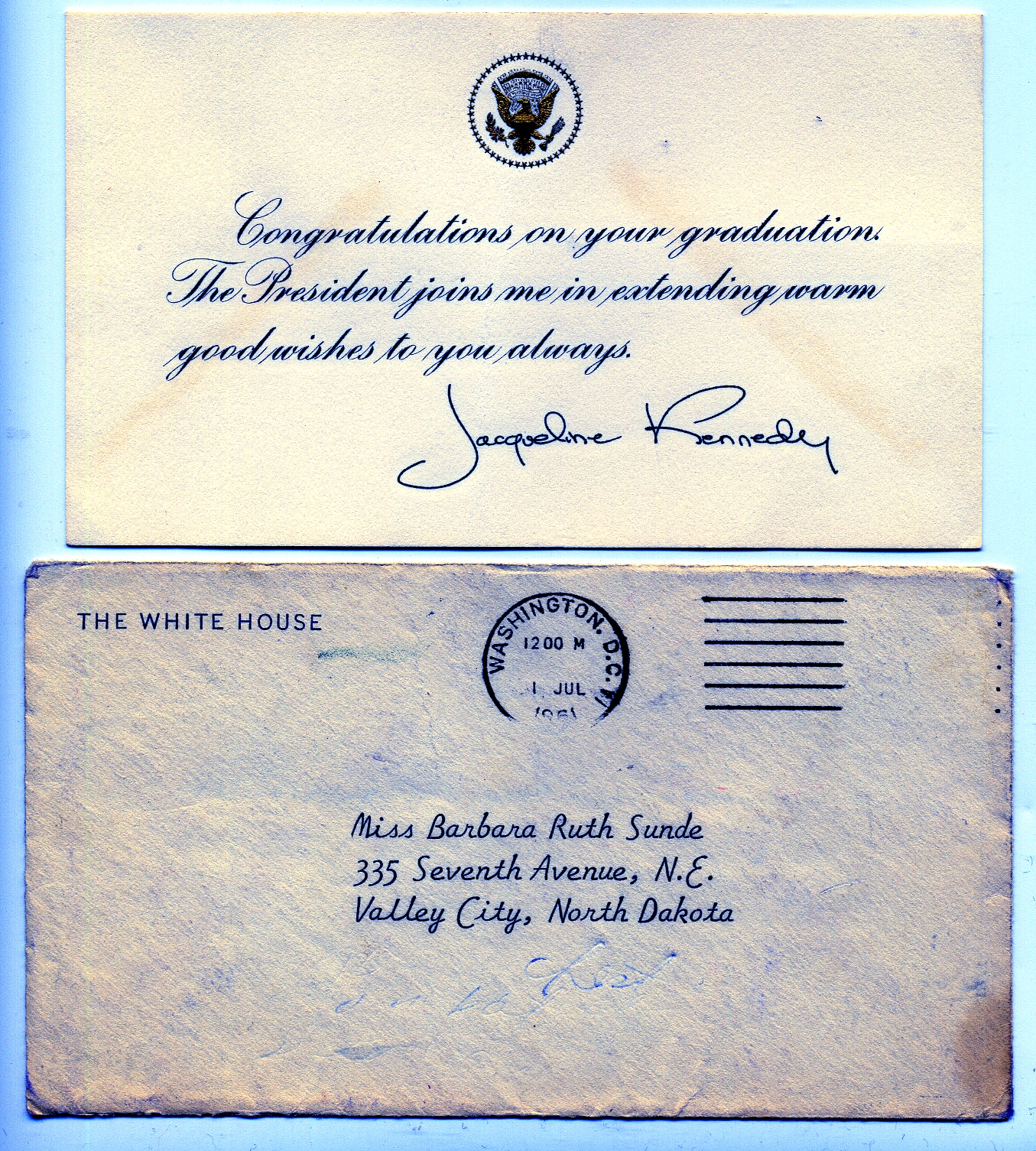 January 2 I was going through a box of old papers and came across a somewhat ragged green high school folder kept by my first wife, Barbara.

Leafing through the contents I came across an envelope, above, whose cover and contents need no embellishment.

I don’t know the history of this little card: Barbara died in 1965 and her fatal illness preoccupied our two years together.

I was a college senior during JFK’s first year in office, and it was in 1961 that Barbara graduated from Valley City (ND) High School.

The card, with raised lettering, was certainly not a unique personally signed note from the First Lady; on the other hand, I highly doubt such a message went to every high school graduate in the land that particular year. There is a story, exactly what I’m not sure, but there is a story…

Those were not necessarily the best of times. John Kennedy barely won the election, facing bitterness from many quarters — politics has always been a celebrated but sordid affair. In 1962 I was in the Army during the Cuban Missile Crisis; I was one month out of the Army, teaching school, when JFK was assassinated Nov. 22, 1963, etc.

But those brief Kennedy years were times of hope and of optimism and of a certain civility in the political conversation. Not long ago a speaker reminded us that Kennedy’s Peace Corps was the Kennedy administration followup on an idea of MN Sen. Hubert Humphrey…

Yesterday began the terms of a new Congress, and a new State legislature in Minnesota.

But one can hope.

But if there is to be hope, it needs to be accompanied by individual and group action. At the website built as a tribute to two friends, Lynn Elling and Joe Schwartzberg, who have elected to make a difference in their world are two quotes, of Margaret Mead and Gandhi, which merit reflection. Take a look…they’re easily found.