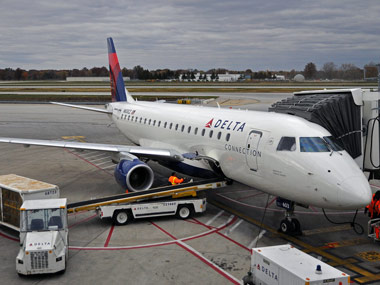 Air travel is one of those modern amenities intricately entwined in many of our lives, even if we don’t enjoy actually using it. Besides all of the TSA procedures and accompanying controversies, airports can be crowded and inconvenient to navigate. At certain times during the day, MSP is no exception.

Though the experience it provides is certainly better than less well organized airports like Miami, its congestion often poses a problem. So much of a problem, in fact, that the Metropolitan Airports Commission (MAC) is weighing its options for improvement, which were recently laid out in a federally-required environmental analysis.

The MSP airport is pretty busy, but does it really need to be changed? And what type of change are we talking about? Well, there were 15.7 million ‘enplanements’ (a count of people boarding aircraft) at MSP in 2010, and those are projected to increase to 20 million in 2020 and 23 million in 2025, increases of 28% and 47% from the 2010 count, respectively. Aircraft operations are projected to rise by 20% by 2025.

MAC has two major options, and several that were considered briefly before dismissal. The latter included building another airport, building another terminal at MSP, and relying on other transportation like high-speed rail. Even if Minnesota’s rail plans came to fruition soon, it wouldn’t be soon enough for the building demand at MSP. That leaves them with two alternatives. One is to avoid changing any of the airline locations and rely solely on infrastrucutre improvements for both terminals.

Their preferred option, on the other hand, is to make improvements and move every airline except for Delta (and other SkyTeam Alliance airlines, which translates to: Delta) over to the Humphrey Terminal (#2). Currently, the only airlines at the secondary terminal are the more budget-focused ones like AirTran and Sun Country. Under this option, they would be joined by big airlines like United and American Airlines.

Both options include expanding the terminals and making a number of smaller improvements, the most noticeable of which would be a new parking ramp.

All in all, the two options would cost $1.3 to $1.5 billion, with the preferred alternative running the higher bill. The environmental analysis found that there would be no significant environmental impact, even with some increase in impervious surfaces and increased air traffic.

Infrastructure improvements are vital to Minnesota’s economic progress, and it’s important to have analyses like these to weigh the options in a transparent manner. And speaking of transparent, you can send in a comment to the MAC on the plan until October 15th.