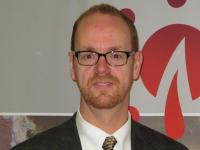 Recently, The Metropolitan Council announced the release of a regional transit equity plan that promises to invest in bus rapid transit and light rail transit, in order to improve service to what the council describes as “racially concentrated areas of poverty and job centers throughout the region.”

The plan, which is to be implemented over the next five to fifteen years, also calls for increasing the number of bus shelters in these areas.

The Metro Council has opened the plan for public comment, and one of the first organizations to weigh in was ISAIAH, a non-profit coalition of over 100 congregations from various faith traditions working on establishing racial and economic justice.

Recently, KFAI’s Yvette Howie spoke with ISAIAH’s Strategic Campaign Coordinator Lars Negstad. Negstad attended a meeting where the plan was to be released, but he called the result “… a bit confusing.” [Audio below]