In 2004, hundreds of Iraqi protesters came to demonstrate in front of a U.S. military base — approximately 200 meters away from the hospital where Azar Maluki works in Najaf, Iraq.

As part of the Iraqi and American Reconciliation Project, Maluki and eight other Iraqis from Najaf came to the Twin Cities on Oct. 16 for a 17-day trip to help foster better relationships between Americans and Iraqis.

Maluki, 40, is a dermatologist and professor at the University of Kufa.

“[U.S. troops] say you can go out of the hospital, but you should run or they will kill you,” Maluki said as he recalled the occupation of the University of Kufa hospital by U.S. military troops in Najaf.

Soon, he said, it “became a battle” that continued until the evening with the hospital — filled with patients, students and doctors — caught in the middle of the scene.

Inside, Maluki said he could hear shots ringing. Troops that guarded the doors told those inside that they couldn’t leave the building or they would be caught in the fire.

Maluki, along with others, ran avoiding the gunfire. When he returned to his home still on the Kufa campus that was now under attack, he immediately arranged for his family to leave.

The hospital was occupied for a year and a half, Maluki said.

Now, he and the other Iraqis visiting Minneapolis are sharing their stories to improve relations.

Minneapolis and Najaf have been sister cities since July 2009. The two cities have formal agreements that commit to sharing cultural and educational resources.

Part of the reason behind their trip is to promote Najaf’s new title as the 2012 Capital of Islamic Culture, an annual designation that travels to a different city each year.

They are extending invitations to Mayor R.T. Rybak and Congressman Keith Ellison, DFL-Minneapolis, to visit Najaf in 2012.

The group, eight of which are physicians, has met with local medical organizations including the University of Minnesota and the Mayo Clinic, discussing professional and personal matters.

Anna Kaminski, a University of Minnesota student, went on a 3-week trip to Najaf through the Muslim Peacemakers Team, the Iraqi counterpart to the IARP.

Kaminski said there are many issues that Iraq faces.

In the first home Kaminski stayed in, electricity was available less than 5 hours a day. There was no air conditioning even in the 120 degree weather. Lack of electricity, garbage problems and poor healthcare are a few of the common problems in Iraq, she said.

According to the IARP, 7.6 million Iraqis are lacking access to clean water.

“There are streets of garbage,” Kaminski said. “And kids are playing in it.”

The war and its consequences are complicated issues, said Sukaina Kamal, a clinical physician in Iraq.

“Some love Americans because they’re kind, and others hate them for destroying their homes,” Kamal said.

She said that she remembers the oppression in the days of Saddam Hussein’s rule. She recalls being unable to fly in an airplane because she was an unmarried woman. Now, she said she can fly wherever she wants.

During the war, Iraq suffered a lot of damage. IARP reports more than 100,000 deaths of Iraqi civilians since 2003,but Kamal said there are health issues as well.

She said that many people injured in the war can’t afford healthcare. Her clinic opens its doors to impoverished patients for free one day a week.

Kamal said that President Barack Obama’s announcement that troops will be withdrawing by the end of the year from Iraq is welcome news for her.

“We have to rely on ourselves,” she said. 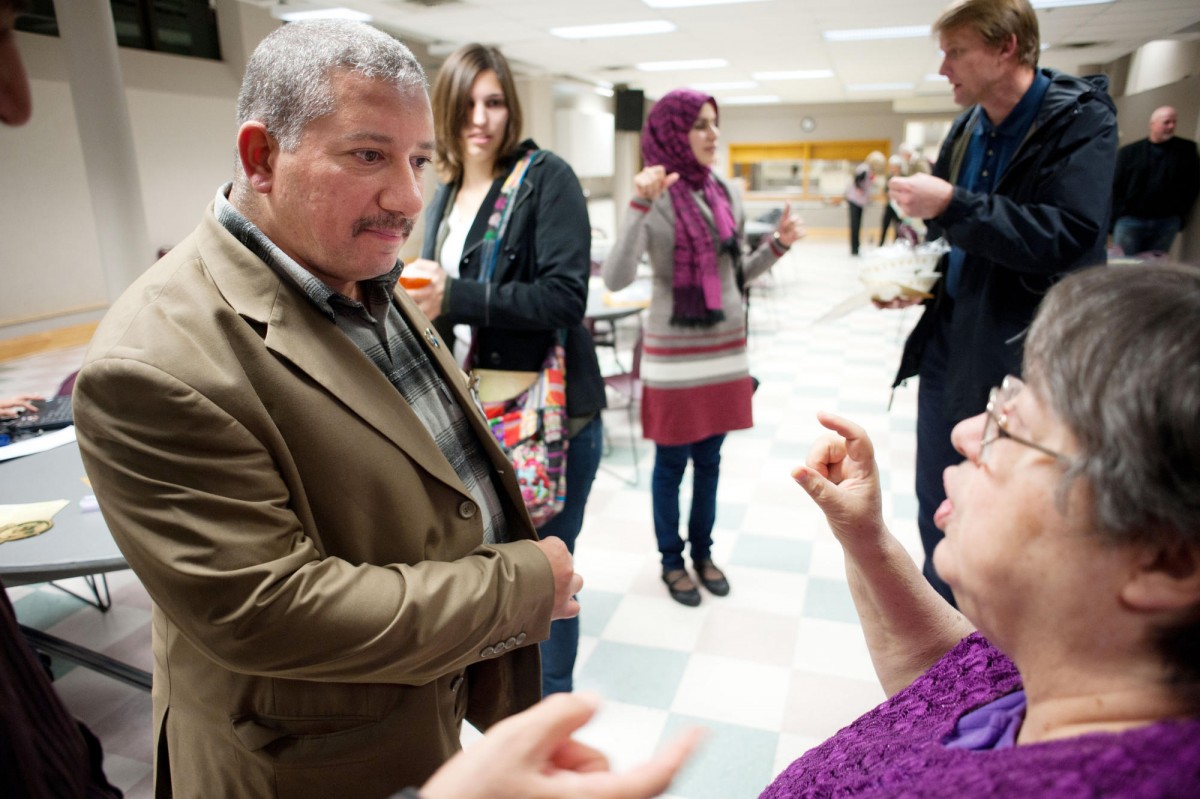