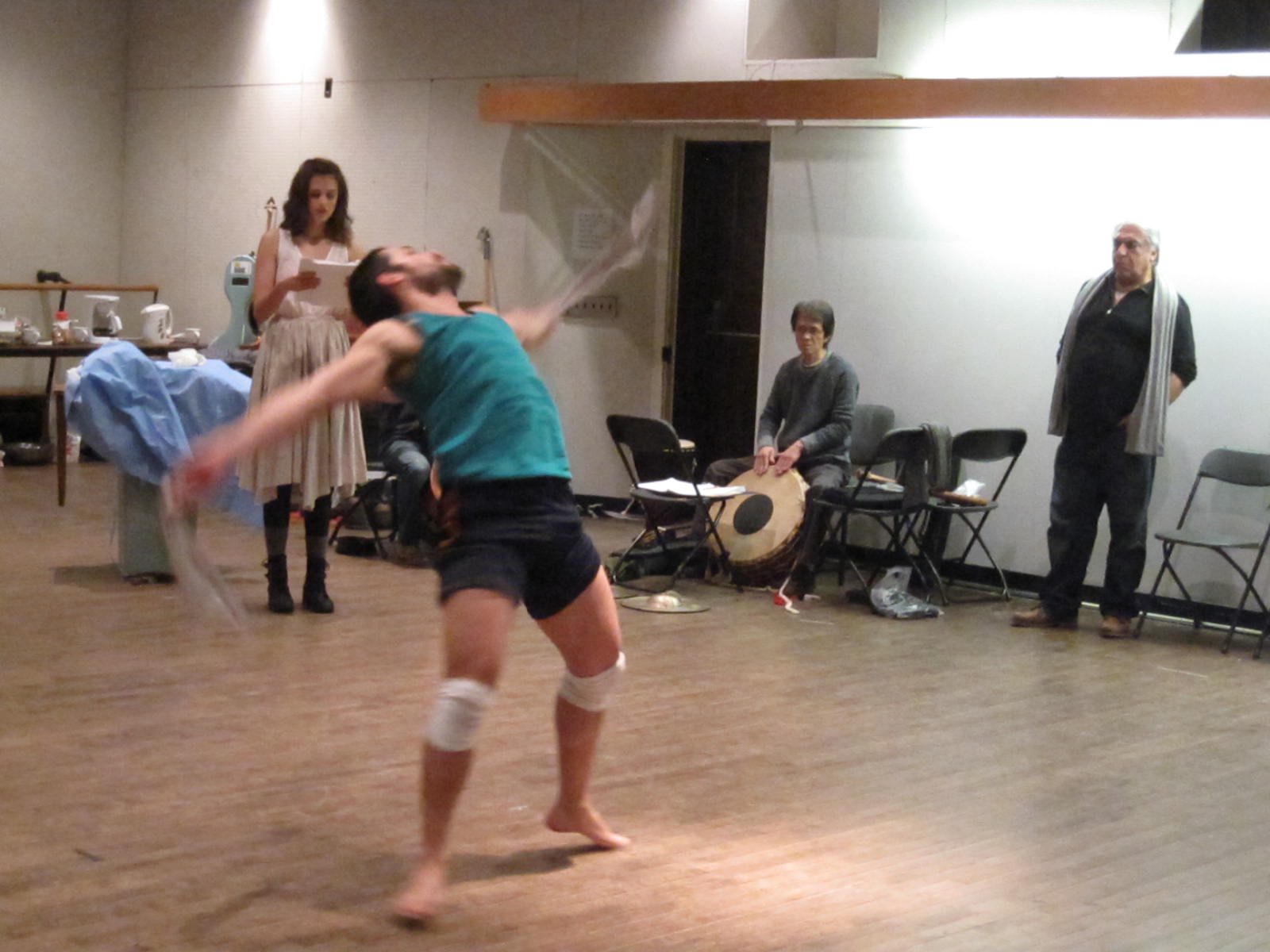 Iranian playwright/director Mohammad B. Ghaffari is trying to bring magic back to theater. “Theater has lost its meaning nowadays,” he said. “I see a few plays—they are more like movies.” With his work, he intends to make the audience not passive, but in active communication with what is happening on stage.

He uses simple house lights. He never uses sets, and often utilizes elements of Ta’ziyeh, a traditional Persian theater form, performed in the round. In many way he attempts to create an aesthetic espoused by the avant garde theater of the 1960s: Jerzy Grotowski, Joseph Chaikin, and Peter Brook were all his personal friends.

Ghaffari began creating theater from an early age in his native Nishapur, before attending the Drama School of Tehran. When the Theatre Workshop of Theran opened, he became active and through that organization and had the opportunity to work with Peter Brook with a project through the International Research Group called Shiraz/Persepolis. In the 1970s, Ghaffari came to the United States to learn English (before the Iranian revolution) and has worked at La Mama, was Grotowski’s assistant when he came to America, has worked with Joe Chaikin, Bread and Puppet, and has taught at numerous colleges and institutions.

On February 24, Ghaffari will be premiering his new work, Journey, a theater piece using storytelling, music, and dance in an adaptation of Havy ibn Yagzan (“Alive, son of Awake” in Arabic), a philosophical novel written by Ibn Tufayl, an Andalusian Muslim who was both a philosopher and physician in the 12th century. The novel is considered one of the spiritual and scientific masterpieces of the medieval Islamic world and Ghaffari calls it “the first science fiction.” (The story was translated into English in the 17th Century and was the inspiration for Daniel Defoe’s Robinson Crusoe in 1719.)

The premiere is part of a three-day conference at the University of Minnesota called Shared Cultural Spaces, examining the relationship of Islam and the humanities in architecture, art, literature, new media, and science. The first three performances on February 24-26 will take place at 8 p.m. at the Kilburn Arena Stage at the Rarig Center. (Admission is free.) The play will then be performed at the Children’s Theatre Company from March 3-13 ($10-20).

In the story, a child is born from the mud, Ghaffari explained. A deer comes to feed him and raises him as her own. When the deer dies, the boy dissects her to see what is wrong with her. He goes about the island working on animals and through his research he comes to an understanding of spiritual truth—how humans and animals and plants are all connected. 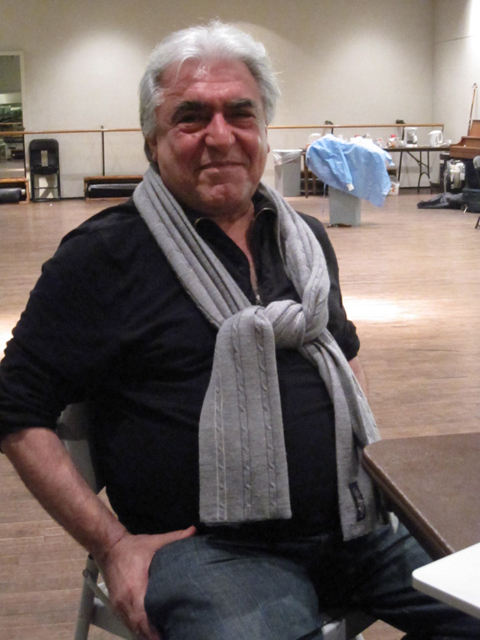 Ghaffari said he was drawn to the story because for him it was very theatrical. While the original novel is quite religious, he took all of the religion out of his adaptation, though an element of mysticism and spirituality remains. Ghaffari also chose to create a work that was told through dance, with narration and also music. “I couldn’t do this production without Eddie,” Ghaffari said of lead dancer Eddie Oroyon.

Local modern dancer Eddie Oroyon plays the main character. Oroyon said that the process of rehearsal has been very collaborative: he creates pieces of movement and Ghaffari formulates how the choreography fits into the piece as a whole. Oroyon said the rehearsal process has been interesting, especially given the range of languages and cultural backgrounds of people working on the show. “It has all kind of gelled together in unexpected ways,” Oroyon said—though there have been moments of confusion as the artists worked to build an ensemble.

Original music for the show has been composed by Yukio Tsuji, who will perform it along with a few other musicians. Tsuji is a nationally recognized musician whose credits include the original production of M. Butterfly on Broadway. The show is narrated by Anika Reitman.

Ghaffari said his intention is to eventually bring the show to New York, if he can get funding.  To see it here first, check it out at the Rarig opening weekend February 24-26 (make reservations at http://z.umn.edu/hayyjourney) or at the Children’s Theatre from March 3-13 (Call 612-874-0400 for reservations). 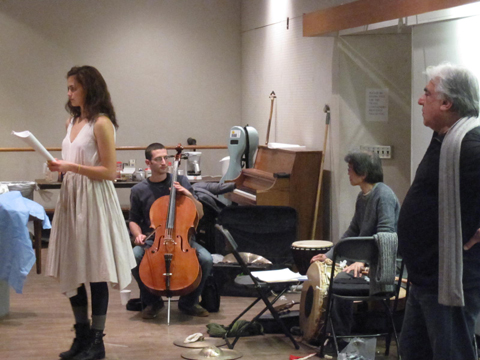