Ever since Mayor R.T. Rybak decided not to run for a fourth term and the State DFL opted not to endorse a candidate, the race for the Mayor’s office has included a busier-than-normal field of candidates.  Among the candidates voters will consider is former city council member Dan Cohen, a registered independent.  Dan Cohen stopped by KFAI and talked with Ryan Dawes, who asked Cohen how his administration would differ from Rybak’s. [Audio below] 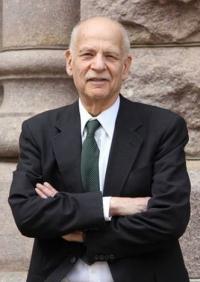