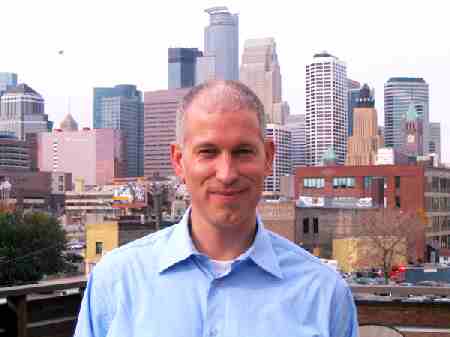 _Daniel Slager is the new editor-in-chief and co-leader of Milkweed Editions, the nation’s largest independent nonprofit literary press. Prior to joining Milkweed, he was an editor at Harcourt Trade Publishers and_ Grand Street, _a leading quarterly magazine of literature and fine arts. Slager is also a widely published translator from the German, and serves on the board of directors for the Ledig House International Writers’ Colony, as well as the advisory board for Archipelago Books, an independent publisher in New York._

*You’ve been in Minnesota since October—so far, have you felt any difference living here that could influence you or your work?*
While I’m still adjusting to the change, and my family is still in New York—which for me is an enormous change in and of itself—my sense after being here just a few weeks is that the pace of life in Minnesota leaves more time for the kind of focus that is necessary for meaningful work on and in books. Along with the fact that Milkweed’s offices in Open Book provide an inspiring setting, I’m very optimistic about the prospects for my work here.

*What changes are in the wind at Milkweed?*
Milkweed Editions is a mature organization, with a fine backlist of titles, a good deal of support from the community, and much good will among writers, agents, and people in the publishing and bookselling industries. I’m hoping to build further on this foundation, to extend our relationships—in the publishing world and among supporters of the press—nationally and even internationally.

*Will your experience as a translator have some bearing on what Milkweed publishes in the future?*
While I’m not sure how much this has to do with my own work as a translator, I do hope to publish more books in translation here at Milkweed. In part, this is because the large, commercial book publishers appear to have decided that such books are inherently unprofitable, which makes some of the most interesting writing in the world available to smaller, independent presses like Milkweed, so long as we can find it. And I suppose it is particularly helpful to read German (the language from which I have translated), as German publishers are notorious for their devotion to books in translation, which means one can discover good writing from all over the world in their editions.

*What recent book or books have you been recommending to your friends?*
I know this will make me sound like a complete company man, but since coming to work here I have been completely engrossed in the novels of Bapsi Sidhwa, a wonderful Pakistani writer whose novels were published by Milkweed years ago. We’re in the process of reissuing the books, and I’ve been reading them with great pleasure. They’re set in Lahore before, during, and after the partition of India, and they address issues—religious fundamentalism, women’s rights, and the difficulties of postcolonial identity—that have considerable resonance today.

*Which local writers are you keeping an eye on?*
There are a number of excellent writers in this area, and I’m looking forward to getting to know them and their work. I’ve been reading Charles Baxter for years, since I was a student at the University of Michigan, and I hope to run into him at some point, but I’m also still getting acquainted with writers like Bill Holm, Faith Sullivan, and others who have been published by Milkweed.