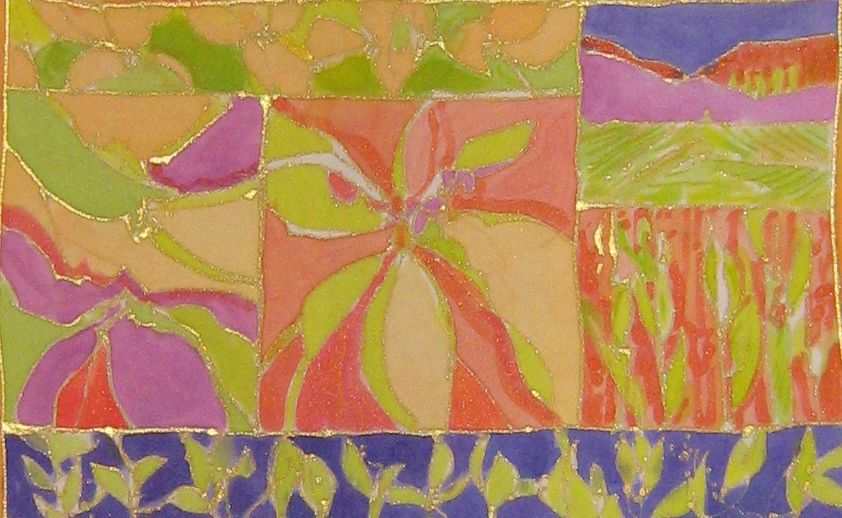 In a world full of news stories, one told earlier this week at Carleton College shed a bright light on a dynamic of unparalleled significance. Despite its universal relevance, there was no fanfare. No celebrity reporters. It did not gain a national spotlight.

The story was told by a pair of Carleton College graduates who had traveled from their adopted home in Oaxaca, Mexico for their fiftieth class reunion in Northfield. Kathy and Phil Dahl-Bredine have lived in that part of the world for the last dozen years with a community of Mixtec. Initially, the couple worked in this region for Maryknoll, but when the organization left the area, the Dahl-Bredines remained. During their time working side by side with the members of this indigenous community, they came to appreciate the culture of the Mixtec and their commitment to caring for the remote landscape that has been their home for millennia. The story they told last Sunday at Carleton revealed with undeniable clarity the local impact of a global food economy that is organized to advance the interests of agribusiness and the vital leadership role of farming cultures responsible for generating the world’s agricultural diversity.

This story began nearly 10,000 years ago when the ancestors of the current Mixtec farming communities cultivated maize (corn) from a wild plant called teocintle. Over a period of one hundred years, through experimentation in the field, they developed hundreds of varieties of corn adapted to grow in a wide range of conditions in the arid climate of southern Mexico. The drought resistant variety will grow for twelve weeks without rainfall. Another variety has demonstrated that it is capable of fixing nitrogen from the air and into soils where it grows.

Like their counterparts in peasant cultures across the globe, the Mixtec rely largely on local resources, sun-driven fertilization and cultivate (food) on a small scale. They rely on animal traction for tilling and harvesting the fields. Land and water are recognized as limited and managed communally.

By western standards, this farming community is considered poor and ignorant: they have little money and few material goods. Local ecological knowledge and seed represents the greatest source of wealth for this community.

Historically, this knowledge has allowed them to survive in challenging terrains and is essential to maintaining their local economy. For centuries, the Mixtec have farmed in a remote region of Mexico generating and passing to each successive generation proven varieties of seeds, the products of experimentation and research in the field.

These seeds possess a wide range of characteristics that allow them to adapt in all of the climates, elevations and soils of southern Mexico. With each harvest, seeds are carefully selected for their superior qualities and saved for their next planting.

During the last few decades the community’s work has been guided by a vision for reclaiming the barren hillsides of the Mixtec Alta. The United Nations estimates that the Mixteca Alta region has lost an average of five meters of soil to erosion since the Spanish conquest in the 16th century. After the conquest, the Spanish began the removal of vast tracks of forest to use the lumber for building projects. Forests had been an integral part of the agricultural system of the Mixtec community helping to retain soil and retain rainfall. The removal of the forests created a significant imbalance in the ecosystem.

Nearly three decades ago, five members of the community looked over the barren hillsides and  envisioned a lush green forest and fertile fields. To support their vision, they founded a campesino-based organization, Center for Integral Campesino Development of the Mixteca (CEDICAM) to develop a plan for restoring the landscape. Under their direction, the community began a successful reforestation project designed to provide a sustainable source of firewood for fuel, prevent erosion, and rejuvenate the natural aquifers located deep within the hillsides.

The second part of the restoration was planting forests. Experimenting with seedlings provided by the government, they found them unable to adapt to the climate and the dry alkaline soil, so they started a nursery and collected seeds from the few remaining native trees. They planted other local varieties, transferring seedlings from the riverbeds to the terraced slopes.

With continued experimentation, they discovered that a species of alder known as the elite grew rapidly on the terraced slopes and its leaves decomposed quickly creating compost for fertilizing the soils on the hillsides. Within a few years, branches pruned from the rapidly growing trees provided the firewood for cooking fuel.

From 2002-2007 the villagers planted over a million seedlings by hand. In the decades since CEDICAM began their quest to reclaim the landscape of the Mixtec Alta, the communities have volunteered thousands of hours and transformed hundreds of acres of barren hillsides into productive farmland and forests.

The efforts of CEDICAM to organize and train campesinos to reclaim the land and rejuvenate the ecosystems have provided the communities of the region with hope for a resilient economic future. Several hours each month, volunteers working together in teams leave their own fields to educate villagers in the region about the methods for reforestation, rainwater catchments, and other opportunities to enrich soils and harvests.

The ongoing project has created employment, a sense of common purpose and provided significant improvements to the ecosystem on which they depend. Improvements to the soil and water supply benefit production of food and ultimately contribute to maintaining the communities of the area. The objective of CEDICAM is not expansion to other territories or pursuit of vast wealth: the communities of this region want to maintain their relationship to the land and continue to cultivate their seeds.

Despite their remote location and locally organized economy, this community’s ability to sustain themselves is challenged by the forces that shape the current global economic market. They cannot escape the powerful influences of USDA promoted genetically modified seeds or the trade agreements designed to provide markets for the vast surplus of crops grown for export.

Nearly twenty years since its implementation, the enduring impact of the North American Free Trade Agreement (NAFTA) on the poorest communities in Mexico cannot be overstated.

Numerous studies have revealed the devastating effects of the provisions on small-scale Mexican farmers. Unable to compete with the US taxpayer-subsidized corn, two million small-scale farmers have left farming since 1994. Many of the displaced farmers migrated to cities in Mexico or to United States in desperate search of employment.

Displacement of 2 million farmers destabilized rural communities in Mexico. Migration of the younger and stronger members of the communities – the members of their communities able to attempt the dangerous journey across the border- has left fewer younger workers to share the labor of farming. The population of farmers most impacted by NAFTA was the poorest communities living in the most remote regions of Mexico.

The cost to the farming communities is considerable. But there are other costs that are not acknowledged. Overall, Mexico has become more dependent on imported food in the years since NAFTA was implemented. In a country with a long tradition of farming, fewer farmers make a living in farming.

The story of this community is not unique: in landscapes across the globe small- scale farming communities who rely on farm saved seed-cultures responsible for contributing 1.9 million varieties of plants to the world’s seed banks since 1960-face the same challenges. (Compare that number to records noted in 2007, the 72,000 plant varieties attributed to industrial agricultural research -40%of these are flowering plants.)

Despite proven leadership as the custodians of agricultural diversity, the skills and achievements of these cultures remain unrecognized by leaders who are determining how food is cultivated.

The USDA broadly and comprehensively advances agricultural policies and trade agreements shaped by the logic of large scale production, expansion of markets and international seed laws: this approach is subsidized with billions of taxpayer dollars ensuring that small scale producers are unable to compete in the ‘free’ market.

There is no doubt that industrial agriculture is successful in its objective: this approach produces vast quantities of commodity crops.

In terms of cultivating and maintaining agricultural diversity and generating local ecological knowledge, this approach has little to recommend it. And the records have shown for decades the damaging impacts to ecosystems exposed to the synthetic fertilizers.

Undoubtedly, many would argue that this is not a new story. Industrial scale agriculture has dominated USDA policy and investments for several decades, but in the history of agriculture that approach is relatively new.

For thousands of years and until recent decades all food was cultivated organically with farm saved seed adapted to local ecosystems. This co-evolution of seeds and communities generated a living legacy genetically diverse seeds and local ecological knowledge. The legacy of industrial agriculture is one of biological reductionism, genetically engineered seeds and dependence on diminishing supplies of fossil fuels.

The story of the Mixtec raises questions about the wisdom of a global food economy designed to protect the interests of agribusiness while undermining local farming communities responsible for preserving the vital diversity of seeds and feeding 70 % of the world’s population.

As long as communities depend on food and the limited natural resources of the earth, this story remains relevant. Protecting locally adapted seeds and agricultural diversity remains an enduring global concern with economic and ecological implications for every local community.

To learn more about the Mixtec community read The Other Game: Lessons Learned From How Life is Played in a Mexican Village by Phil Dahl-Bredine and Stephen Hicken (2008)