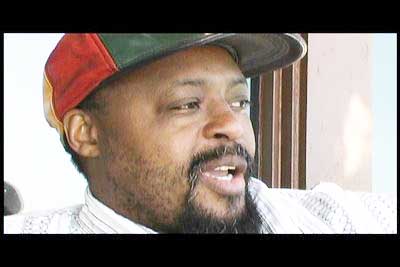 With five albums under his belt from “Kilimanjaro” to “Shine Africa,” his latest album, Innocent Galinoma is a pioneer of reggae music. Born and raised in Tanzania, Innocent discovered music at a young age when he heard a band playing and became inspired. He then met a peer who could play the guitar and taught him how to play. From there Innocent started performing, playing local African music which evolved into him playing popular American music, as he was also inspired by the likes of jazz, soul, and funk sounds coming from African Americans in the U.S.

Things began to change when he heard Bob Marley for the first time. Desiring to do more than just dance music, reggae sparked a light in his mind with the melody, rhythm, and words. “Like Bob would say, reggae music is African music period…they took something away from Africa and then they brought it back.”

Innocent came to the U.S. in 1987 and he moved to Minneapolis in 1990 because he knew a musician friend that lived here. As one of the founders of the popular group Les Exodus, he successfully completed two albums with the band, before going solo. He wanted musical freedom to write what represented his own thoughts. “I decided to go on my own because I had a whole lot of things to say and a whole lot of music to write.”

During the beginning of his career, he often mixed a lot of reggae and African music. People danced a lot when he would play reggae so he then considered doing reggae exclusively. He decided to do all reggae songs in English and his music began to adorn places such as the Red Sea and Blue Nile in Minneapolis. Innocent has also traveled around the country on tour, gracing many states with his songs.

Innocent plays the guitar and drums in his music, and some may not know this, but he also draws and paints in his spare time. Being a full-time musician for most of his life, and a father himself, when asked what the most successful accomplishment has been in his music career he stated that it was during one of his shows when he called his father on stage “and for the first time my dad said, ‘son, I am proud of you.'” Another great moment in his career was, “when I went back to Africa and I heard my music on the radio. I don’t want to toot my own horn but my music is all over the radio. At some point I was the king of reggae in Tanzania.”

After a life full of meaningful lyrics and seeing his audience boogey to his melodies, “the project I have going on now is going home…I feel like a retired lion.” Innocent is from the ole’ school and wants to maintain his tradition. He came to the U.S. to play reggae and pursue his dreams and now he is rooting for the younger generation and passing on the torch for them to carry on the reggae tradition.

“I would like people to remember me as a man who entertained them and tried to keep my fans spirit alive. I was trying to do what Bob Marley did. Reggae music was the soundtrack of our lives in Africa. I took the torch from Bob Marley.”