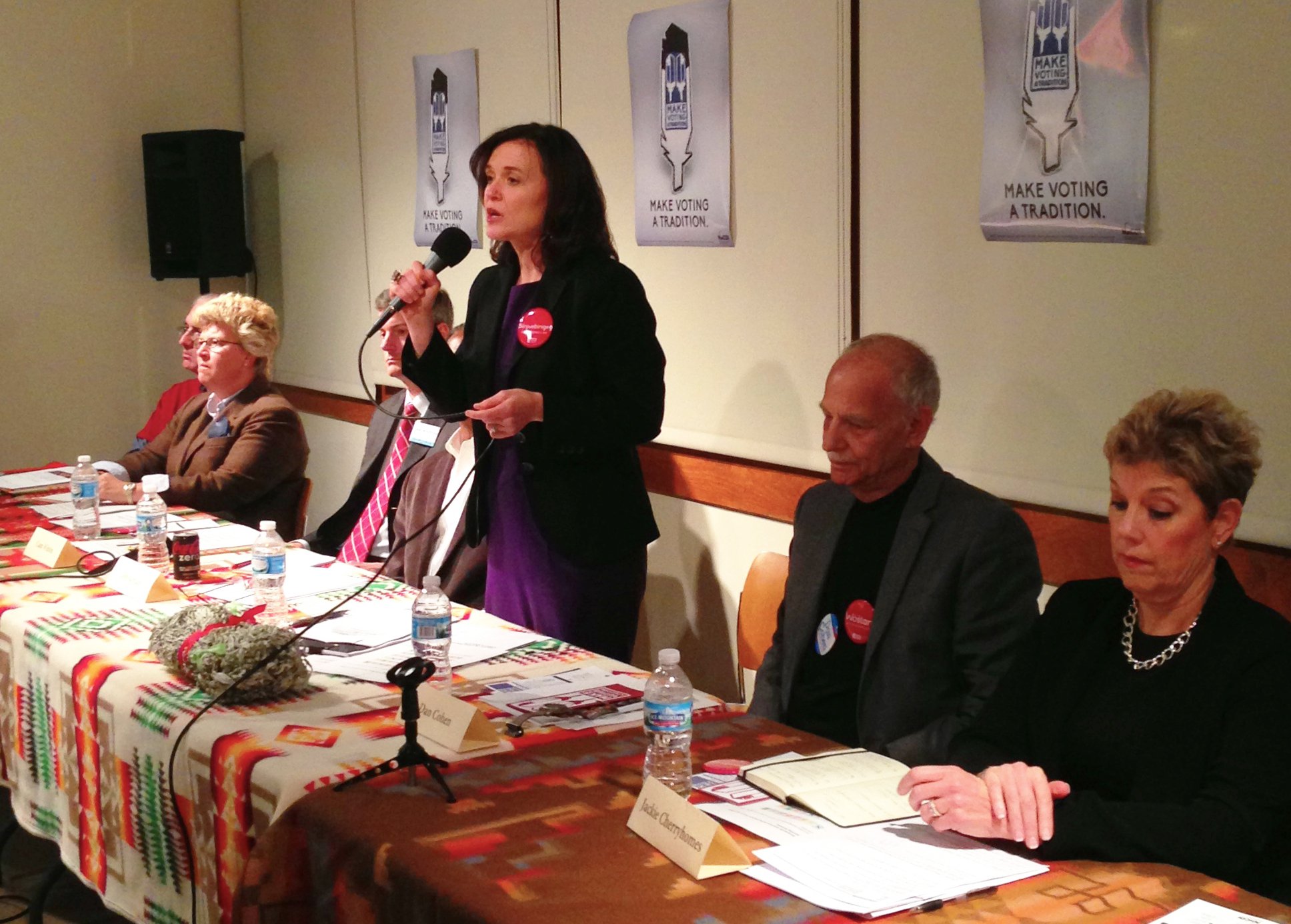 Columbus Day in Minneapolis may soon be celebrated as Indigenous Peoples Day if a coalition of advocates, city leaders and organizations can convince a majority of the 13-member Minneapolis City Council to approve the change.

The effort is a result of recent organizing by the Native American Community Development Institute along with Minneapolis City Councilwoman Alondra Cano (Ward 9) and her policy aide and community member Ashley Fairbanks. The roots of the name change began at NACDI’s first mayoral candidate forum held in November of last year.

“Last fall when we did our first mayoral forum – which is kind of a historic moment, too – one of the first times we had the candidates come down in our community and talk about our issues on our own terms. And we had community members ask questions of the mayoral candidates and one of them was ‘Are you willing to un-recognize Columbus Day?’ and so at that time, a majority of candidates said yes and one of them was Betsy Hodges who was elected and is now our current mayor,” NACDI President and CEO Jay Bad Heart Bull said. “And so everything aligned with our community work and civic engagement and then the big shift in the city council now with much more younger, progressive representation. And then also leadership by Alondra’s office to really push this through.”

More Than A Name Change

“It’s high time that we at least make this effort to rally the community and show the city population that we’re still here, we’re still vibrant, we’re still contributing to make this a better city and a better state over all. The only way we can do that is by recognizing and calling out things when they’re wrong,” Bad Heart Bull said. “We’re starting with a deficit with Columbus Day and we have to get to the point where we have an even playing field before we can start making bigger moves, too. It’s one of those things – and we don’t like the term ‘low-hanging fruit’ – but it’s a name change but there’s so much significance with just that name change for us.”

Cano shared his views on how a name can impact more than a date on the calendar. She sees a more in-depth problem that needs addressing.

“Whenever we talk to folks about it, there’s a different recognition that Columbus does not signify everything that’s all good and positive for all communities. So there’s definitely a sentiment there of reclaiming that story, telling a more complex story and uplifting some of the other factors that happened when that era of time took place and displaced community members from their lands and stole their cultural knowledge, their historical knowledge passed down from ancestors,” Cano said.

“From my perspective, as a Mexican woman, as a Chicana activist, I see this as a very important issue because it does matter how we name things, it does matter how we remember history. It does matter because it shapes our decisions today and what we want to do in the future. In being able to honor our youth and being able to honor our families in a way that recognizes being cultural assets and all of the contributions that we have been giving to this country for centuries immemorial is definitely a space we need to reclaim in the policy conversation. It’s connected to the budget in how resources are allocated. It shapes our contemporary opportunities and options to advance ourselves.”

NACDI leaders and Native activists also look at this name change as an opportunity to engage members of the urban Indian population. “For so long, everybody just takes off Columbus Day and people just take a day off work. But for us what we really need to do is mobilize the community. We have a day off of work, we have a day that we can actually start doing some community work, organize and engage with one another. Use it and leverage that day or the day leading up to with politicians and elected officials to push on state-level recognition as well,” Bad Heart Bull said.

So far, the process has been a moving one for NACDI’s organizing director Daniel Yang. “This arose from the community, it was carried on by leaders that NACDI works with and NACDI’s relationship, especially with our Make Voting a Tradition campaign and having the mayoral candidate making sure that community members asked what they were concerned about. It’s kind of this pipeline on how an engaged citizenry can really build things and move power.”

Although organizers are energized for this effort to recognize the community’s contributions to the city’s cultural landscape, Cano said that at least two city council representatives have expressed some concern over what this would signify in terms of logistics for the city’s union contracts. However, she has been making the case that last year’s campaign rhetoric regarding a One Minneapolis requires a change in attitude.

She also added that empathy for Native issues would be needed to bring about positive change in the Native community. “I think it’s just a matter of thinking about this from the Native American perspective for once. I think a lot of people are used to thinking from a mainstream paradigm but we’re asking people to put themselves in somebody else’s shoes for a minute, think about how this history has played out, think about how this has been written about in the books and will you join us in this journey to really elevate and support a more positive and constructive and inclusive way of telling history and engaging in community.” 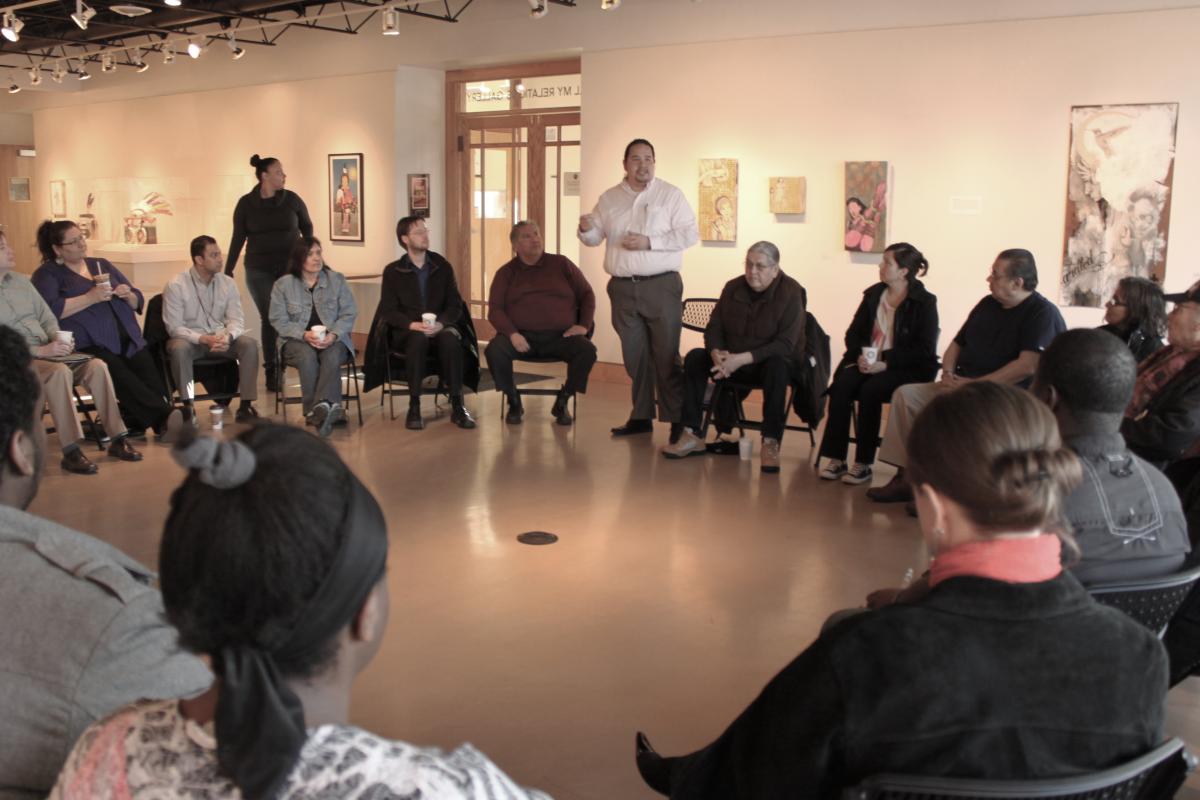 Another sign of a congenial relations that have been fostered within minority communities also includes the name change itself. As opposed to a Native American or American Indian Day, as is recognized in South Dakota, the organizers seek to broaden what it means to be indigenous.

“The reasoning behind Indigenous Peoples Day is that one of the things we’ve learned in our work is that when you just say Native American or American Indian, you’re really limiting your audience and who identifies as those things. But when you say Indigenous, that really opens up the doors to millions of other indigenous people across the world that we can stand in solidarity with,” Bad Heart Bull said.

“We’ve all gone through the same sort of struggle, just at different times and ways. I think that we were intentional about calling it indigenous so that we could work with communities that still identify as indigenous like a lot of our Latino allies out there who come from indigenous cultures. Bringing that and how can we work together to really start building bridges amongst our cultures, because we all have so many beautiful things that we can bring to the table. We’re stronger when we work together, that’s the reasoning behind calling it Indigenous Peoples Day,” Bad Heart Bull added.

Showing Up and Giving Thanks

The resolution for Indigenous Peoples Day is tentatively slated for a Minneapolis council vote on April 25. If passed, it will mark the theme for the kick off to the Minnesota American Indian month on May 1 at Cedar Field at the Little Earth of United Tribes complex on Cedar Avenue and 24th Street. Yang added that he hopes this will be an opportunity for the Minneapolis Native community as well as other communities of color to show up at the council meeting and show their solidarity when the council takes the vote.

Both he and Bad Heart Bull remain circumspect when it comes to the scope of work that’s made this shift possible. “NACDI was the catalyst in working with the community, but it builds on decades of work from other organizations, groups and thousands of activists that have worked to push this, so by no means are we just capitalizing on the grassroots work that’s been done … It’s the Bellecourts, the grandmas, the youth groups, Little Red Schoolhouse, Heart of the Earth. We’re just lucky stand on the shoulders of all of these great leaders, activists and advocates in our community. We feel like we would be doing a disservice if we didn’t try to push even further and build on top of that foundation that the laid for us young folk.”