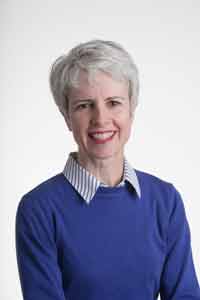 Gubernatorial candidates typically name a running mate just before or immediately after their party’s convention, but there’s nothing conventional about Independence Party candidate Peter Hutchinson. On Thursday, he not only named his running mate, but trotted out an entire slate of constitutional officers who will campaign with him through the November election.

“We need a team, not a ticket,” Hutchinson said at a press conference at Metropolitan State University in St. Paul, before introducing Dr. Maureen Reed as his running mate, John James as his candidate for attorney general, Lucy Gerold for state auditor, and Joel Spoonheim for secretary of state.

Reed is a University of Minnesota Regent and former medical director at Health Partners who said her number-one priority will be to fix the state’s ailing health care system. “My first passion is health care,” she said. “People are crushed under the weight of our current health care system. It does not have to be this way.”

James, an attorney and former commissioner of revenue during the Ventura administration, stressed his knowledge of government and his role in simplifying the tax system. And Spoonheim said he was “really passionate” about democracy and would not be “beholden to a partisan agenda out of Washington, D.C.”

Perhaps the biggest surprise, however, was Gerold’s candidacy for state auditor. The deputy chief of the Minneapolis Police Department has no prior political experience; indeed, she called herself “fiercely apolitical” when asked about her political ties. But she explained that she accepted the offer from Hutchinson about a month ago because she believed in the “vision and mission” of his campaign, and argued that she has the experience necessary to run the auditor’s office.

She has been responsible for monitoring a $100 million police department budget, she noted, and said she knows how to work with local governments. “The auditor’s office has plenty of auditors,” she said. “What it needs is some leadership.”

Hutchinson explained that his “Team Minnesota” would campaign together, not separately, as is usually the case in general elections. The candidates will raise money independently, he said, but the money would all go into a central fund to be used by the team. They will share a single campaign manager and other staff as a way of more effectively using the party’s resources.

Together, the group will seek the Independence Party endorsement at the state convention in St. Paul on June 24.