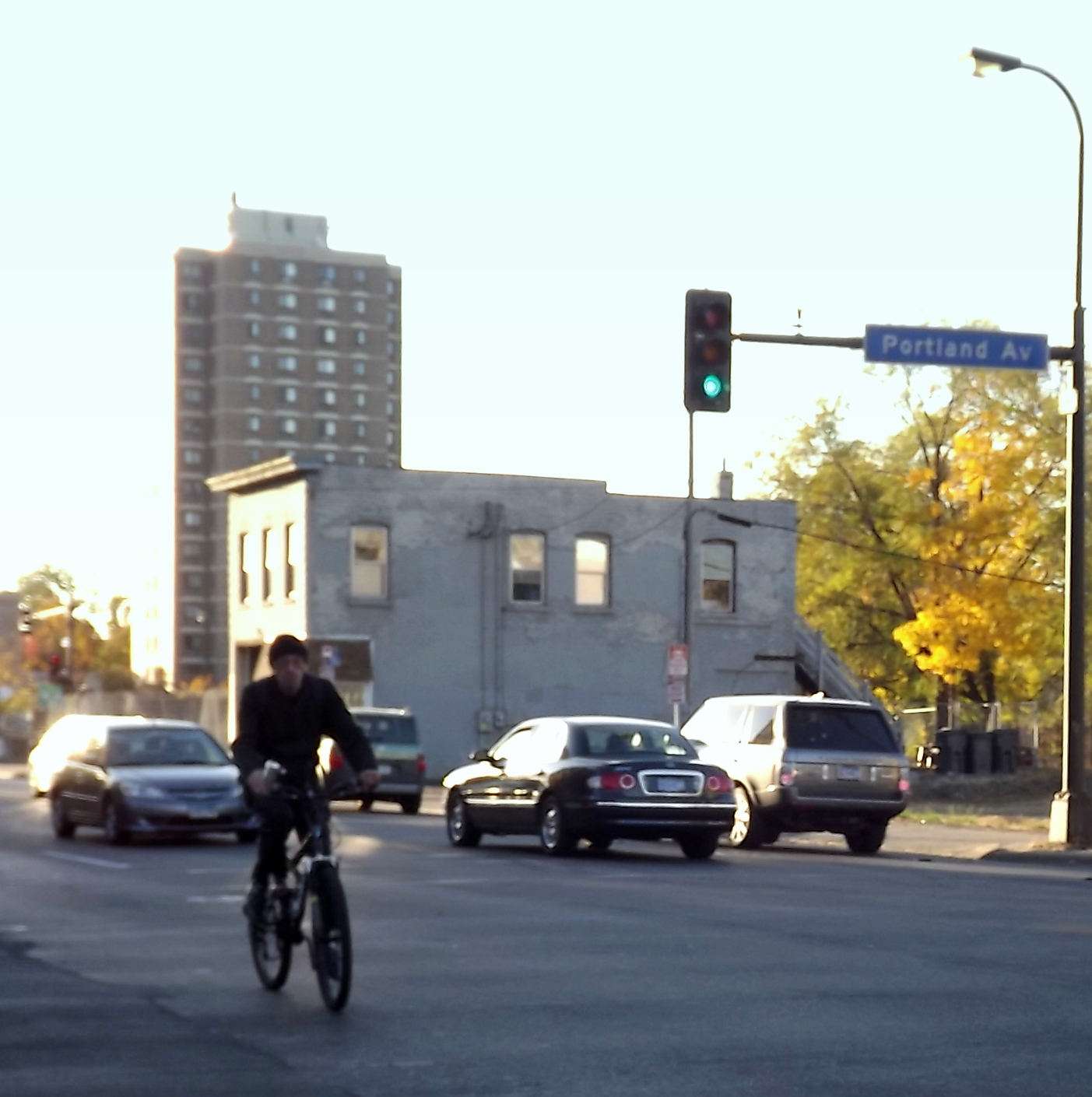 “We have a safety problem on this corridor. This corridor gets higher than normal motor vehicle crash rates, almost two and a half times what the base line should be,” said Bill Schultheiss, a senior engineer for Toole Design Group, during the third public meeting addressing prospective biking and walking improvements on Franklin Avenue.

“It’s a city, it’s a built environment. We’re not going to tear down buildings and widen things and move people away and spend hundreds of millions of dollars,” said Schultheiss as many questions about new street arrangements came up. The discussion was fueled mainly by bicyclists concerned about safely and mobility on Franklin Avenue, a corridor that currently has no bike lanes and narrow sidewalks which poses big issues for the hundreds of bikers and pedestrians who use it daily.

On September 25, the corridor under discussion was the 2.3 mile stretch on Franklin Avenue between Minnehaha and Dupont Avenues. This particular meeting was set to focus on the area between curb lines, addressing comfort level for motorist, bicyclist and pedestrians, and types of bike ways.

The meeting, held at the Hope Community Center, was hosted by Bike Walk Twin Cities, a federal nonmotorized transportation pilot program granted to just four U.S. communities in efforts to enhance nonmotorized transportation and to increase health quality and community livability. Bike Walk Twin Cities is administered by Transit for Livable Communities. The current goal of this program is to improve conditions for bicycling and walking along 12 corridors throughout the Twin Cities this year.

About 30 people, including bike commuters, walkers, transit users and drivers, attended the Franklin Avenue public meeting. The majority appeared to be middle aged (mid-30s to late 50s). When asked what makes a friendly coordination, public members contributed characteristics like wide side walks, ability to cross mid street, amount of people and lighting. One woman gave the example of Marshall Avenue in St. Paul as an example of what she thought Franklin Avenue should be modeled like.

There are handfuls of obstacles in planning for new changes to a congested road like Franklin. One challenge is “working with framework where we’ve got existing development. We have a fracture, network of roads. There are only a few crossing of the bridges. It funnels a lot of traffic to Franklin” said Schultheiss. Another important issue is balancing every one’s needs. Schultheiss asked, “How do we prioritize? How much do we favor one person’s mobility –choosing to drive, choosing to take the bus, choosing to bike, choosing to walk, — over another person’s mobility?”

Though this discussion is difficult and timely, it is an important one, said Shultheiss. He said that the reason we need to focus on this is because to make changes, we need to get some agreement from the different prove of means, people that control the development­­– the city of Minneapolis, Hennepin County, transit authority. We need to get some buy in to make changes and have a plan for how to execute that.