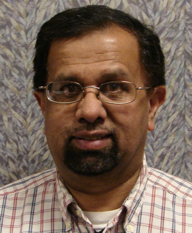 Mr. Ikram-Ul-Huq, Twin Cities imam and a board member of the State Council on Asian Pacific Minnesotans.

The Metropolitan Airports Commission, together with US Airways and an agent for the Federal Bureau of Investigations, has reached a global settlement with six individuals removed from a flight leaving the Twin Cities on November 20, 2006.

The group was to depart Minneapolis-St. Paul International Airport for Phoenix, however, they airport police removed the six Islamic clerics (imams) from the aircraft at the request of the flight crew, that reportedly had responded to passenger complaints about the imams praying before the flight.

According to Mr. Ikram-Ul-Huq, a Twin Cities imam who accompanied the group to the airport that day, the words and actions of the imams were taken out of context out and then blown out of proportion. He said that the incident served to draw unnecessary and negative attention on the Muslim community and that people were targeted as a result.

Ikram said that the settlement should serve as a starting point to move forward again.

“I am glad that it has come to an end and that we can now breathe freely,” said Ikram. “I pray to God that this is settled for good.”

The imams complaint stated that after hours of questioning by the Federal Bureau of Investigation and the U.S. Secret Service they were released without charges but not allowed to board any flight on any carrier and were stranded at the airport.

The imams filed an unlawful detainment civil suit against MAC in U.S. District Court. A MAC report says a settlement has been reached but that details are still under judicial review, but that their insurance liability limit in such cases is $50,000.

“Law enforcement officials did what they believed was appropriate to ensure the safety of travelers based on the information available at the time,” said MAC General Counsel Tom Anderson. “We will continue to be vigilant in maintaining the security of Minneapolis-St. Paul International Airport and the safety of travelers who use it.”

Ikram, an imam at Masjid Ar Rehman, and a founding member and religious director of the Muslim Community Center in Bloomington, is also vice chair of his District 37A Republican Party Board, and chairman of his local precinct.

According to Ikram, he prayed with the group about 45 minutes before the incident and left when it was time for them to board U.S. Airways Flight 300. He disagrees with the accusations that conversation among the Imams would warrant suspicion or provoke concern from other passengers.

He also refutes reports that the Imams demanded to be seated in different areas of the plane. “They were issued tickets to different seats,” he said.

Ikram said the incident was more about ticket agent paranoia, and said it was odd that the word of the imans – devout men – would mean nothing against the accusations of a passenger. He felt that had the airline been the least bit informed about them or why they were in the Twin Cities, the incident would have been avoided.

Ikram said that Minnesota Muslims like their non-Muslim neighbors are good people trying to make a future for themselves and their families and not here to destroy the country. He urged people to work together to make this a great country.

“We are all human beings and want to be good citizens,” he added.

At the time of the incident, Ikram had just been appointed the newest board member to the State Council on Asian Pacific Minnesotans by Governor Tim Pawlenty in September 2006. He was in a particularly good position to speak on the matter and for the imams that he had been hosting the week before Thanksgiving.

Ikram lives in Apple Valley. He was born in India and married a Pakistani native. He earned his M.A. in economics from Texas Tech University in Lubbock, and a degree in computer information systems from Amarillo University. He continued studies at the University of Minnesota.

Before coming to Minnesota, Ikram worked for the United Nations Children’s Fund (UNICEF) in Iperu, Nigeria. He was also once a professional cricket player, and currently serves as president of the Cosmos Club of the Minnesota Cricket Association. He is a leading member of the Urdu Poetic Society.