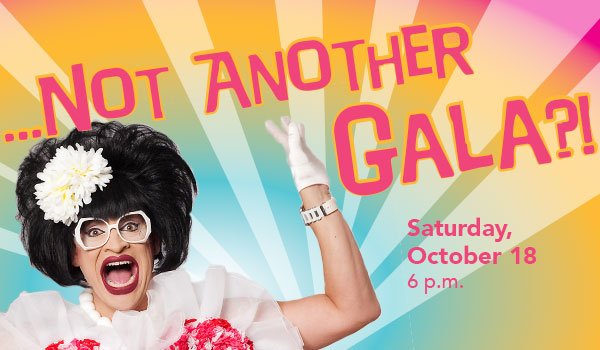 The 2013-2014 season was a good run for the Illusion Theater. Things kicked off with a high note in September with the Minnesota State Arts Board announcing a $95,030 grant to take Jeffrey Hatcher’s Hamlet on the road. As the year progressed, the Saint Paul Cultural STAR brought the Illusion’s My Ántonia back to the Twin Cities to rack up rave reviews, and the company’s new Life Begins @ 40 fundraising campaign jumpstarted with a big boost from the Pohlad Family Foundation. All of this would have been cause enough to celebrate on its own–to say nothing of its regular programming–but even more good news was in store with the coming season. On September 22, 2014, the Iveys honored Michael Robins and Bonnie Morris with a pair of coveted Lifetime Achievement Awards. So, there was much to celebrate at the top of 528 Hennepin on Saturday, October 18 as a crowd gathered for the Illusion Theater’s 40th Anniversary Gala.

This was a less formal event than many other performing arts galas. The typical black tie and evening gown recommendation was nowhere to be seen; the only wardrobe advice that gala co-chair Jim Smart gave was, “Fun,” the operative term used in the event’s planning. (He rocked out in a kilt for the occasion.) This fun atmosphere was evident as patrons mingled freely in the pre-dinner reception that fanned out across the Illusion Theater lobby. Like the patrons themselves, most of the silent auctions were strongly rooted in local connections – from vouchers donated by restaurants that serve the Illusion’s patrons to fresh chickens from a farm in the western suburbs.

The opening reception flowed (literally) onstage when guests sat for dinner. Talk of productions past was in the air, but the normally familiar space was physically transformed by opening up the back of the stage to reveal the scene shop and erecting a small stage on the actual stage’s apron. Dinner tables spanned through the wings, across the stage, and into the scene shop, the latter providing an unexpected look behind the scenes with exposed storage and other paraphanelia. Live entertainment included a special appearance by Miss Richfield 1981, selected musical numbers from seasons and shows past, and a song-and-dance duet featuring the television sitcom Modern Family’s Aubrey Anderson-Emmons (Lily Tucker-Pritchett on the show) with her mother, Illusion-alum Amy Anderson.

Forty years of history is a lot to cover in a gala, but the printed program guided readers through a few highlights and the evening’s entertainments. Some time was set aside to specifically honor Robins and Morris; when the tribute video that was shown at this year’s Ivey Awards played, more than a few hands surreptitiously dabbed away tears. In a tribute to the company’s mission, however, the most time of any segment was devoted to raising funds to remake the company’s video version of Touch, a landmark play and educational video about sexual abuse that is used in programs across the country. This is a cause that many jumped aboard for, including bidders for a new play to be written and produced by Jeffrey Hatcher on “any subject that [the winners] desire.” The financial support expressed via reverse auction and auction bids were perhaps the most fitting tribute imaginable to Robins and Morris’ accomplishments.