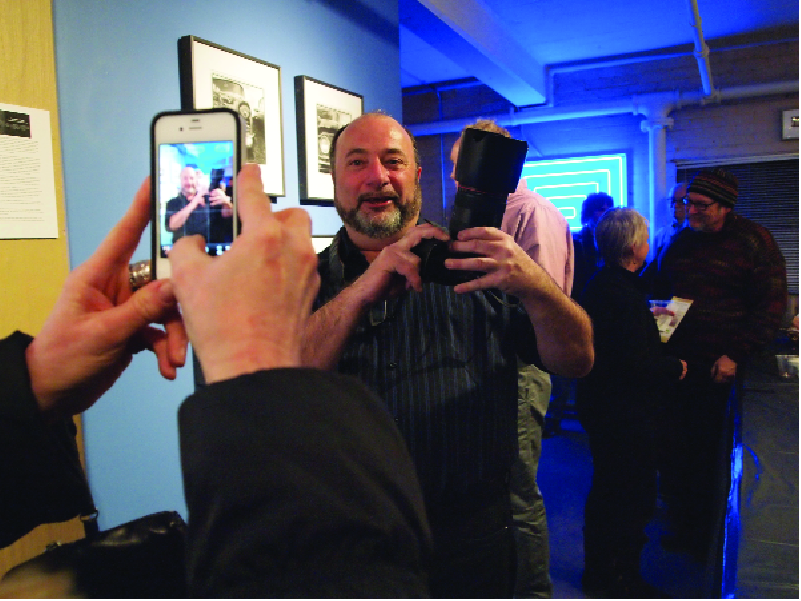 Icebox Gallery is celebrating 25 years with a pair of exhibits; one opened Friday, Feb. 16 and runs through April 20 exhibiting works by the founder Howard M. Christopherson. He’s pictured above dueling cameras with a fan. The second exhibit will start at Art-A-Whirl May 17 and run through August 31 with works from the last 25 years by various artists. Both shows in the Northrup King Building, 1500 Jackson St. NE #443, Minneapolis.

After working several years in the framing industry Christopherson said he felt he had advanced as much as he could in framing, so he started his own business in downtown Minneapolis, circa 1986, doing high quality framing. The business also included a gallery that would include “thought provoking artwork” of other artists.

In 1987 he moved to a basement studio at 24th and Central avenues NE. The name Icebox came from an old icebox refrigerator in that basement. After creating a found object sculpture on an overturned coffee cup (shown below) called “Crystallized Phantom,” he was inspired to do an art exhibit with the artists he had worked with in the downtown gallery. The show titled “Crystallized Phantom” opened Jan. 16, 1988. 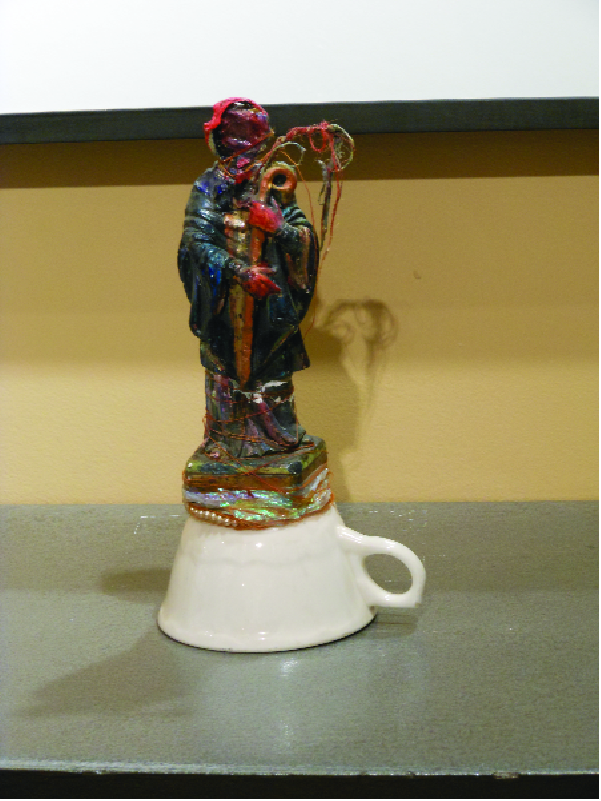 A chess board was created and each of the eleven artists was to design a piece of art utilizing chess characters. One artist, assigned the King, made it look like Elvis Presley. Christopherson made a Pawn with a military theme. The artists were given height dimensions so the pieces would all fit the chess board.

Christopherson said Icebox was the first fine art gallery in Northeast Minneapolis. He enjoyed putting together the first art show which was a big success. He then decided to do more shows and became one of the founders of Art-A-Whirl, one of the largest arts events in Minnesota. The current Icebox show titled “Icebox 25” is his 124th show.

At the time of the Icebox opening Christopherson was doing a variety of art including cartoons, pen and ink drawings, experiments with mixed media and found objects, and manipulating small photographic slides with various mediums. He made some cibachrome prints by adding colors to the emulsion side of photographic slides and printing them. Four of them are in the current exhibit, one is reproduced below. 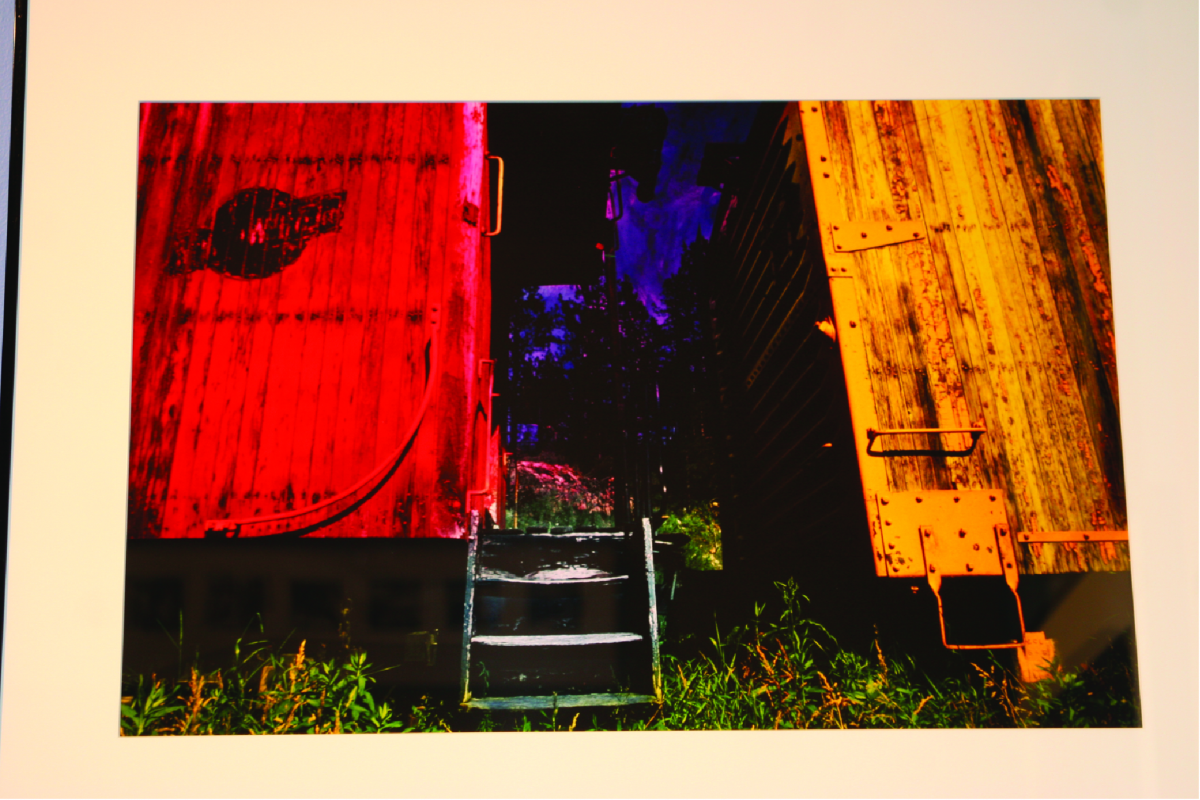 He gradually changed to doing more photography and set up his first dark room using the sink in the gallery on Central Ave. He said “I think of everything in an evolutionary way.” “My artwork revolves through styles that I explain in three words: People, Places and Dreams.”

For more information on Icebox exhibits and classes visit www.iceboxminnesota.com.