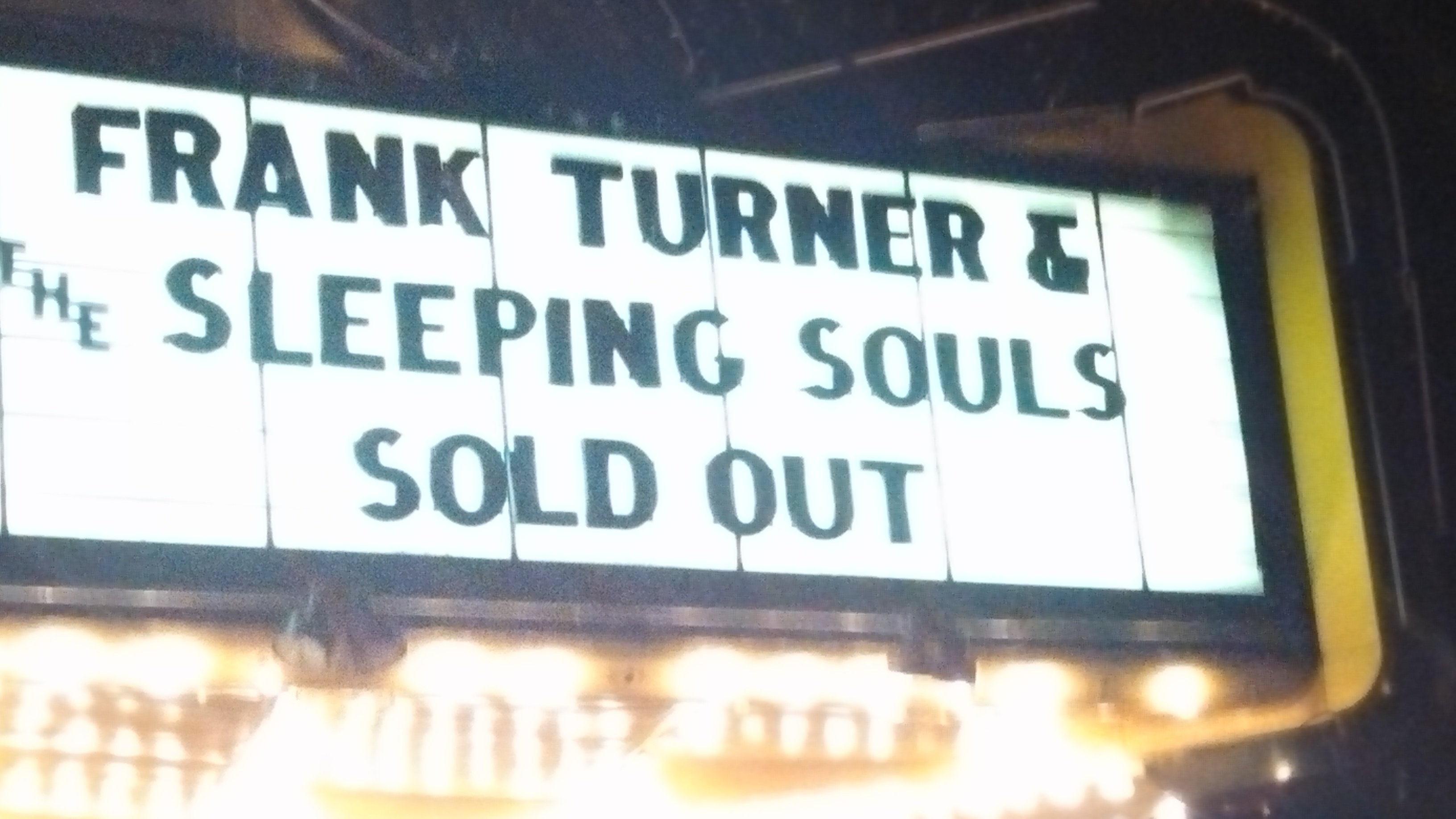 I might have a new favorite show of 2013 – Frank Turner and the Sleeping Souls at the Varsity! The show sold out. The place was packed yet there was plenty of room to dance. The bands seemed to enjoy themselves. Everyone sang along, and did I mention – room to dance!

The first time I heard Frank Turner, I thought he was Billy Bragg, a long time favorite musician of mine. They’re both British. They both have sort of a punky, folksy sound. Frank Turner has a better voice – but he doesn’t get political. Turner is also a better dancer. In fact that’s what struck me first when he took the stage; he and the whole band came out dancing and jumping around – showing their early punk roots. Despite the fact that Turner has been nursing a serious back injury that caused him to cancel a few shows earlier this year. The injury also kept him off his guitar most of the show. I was impressed that the one song he played was a Hold Steady cover. A nice nod to Minneapolis sound!

He started with “I Still Believe,” which got everyone going. He did all of the songs on rotation on The Current: “Plain Sailing Weather,” “Recovery” and “The Way I Tend to Be.” He did a number of older songs too such as “The Ballad of Me and My Friends.” He and the band were so energetic and worked to get everyone in the audience dancing and singing and doing jumping jacks. And while I feel this is like giving away the best fishing spot – I will say the Varsity is a great place to see a band if you can sneak up to the front – stage left. There’s always a little space to dance.

Accompanying Turner were hometown heroes Koo Koo Kangaroo. They were in great form and the crowd knew the drill from the dances to parachute at the end of the set. It was great to see them play a full room that was excited to see them. I have seen Koo Koo Kangaroo play a wide range of venues – from a suburban library, to the Cabooze to Minneapolis Institute of Arts. This was one of my favorite times. They are playing with Turner through the tour. I hope it gets them lots of exposure. One thing I loved was the number of folks on the stage wearing Koo t-shirts. Part of that is pandering to the local crowd, in a good way. But it also shows a nice camaraderie behind the scenes.

The Smith Street Band, from Australia, were Koo t-shirt sporting folks. Loved that. They were a little punkier than the other bands. I enjoyed their music, although I hadn’t heard it before. It was, as I mentioned, punky but loquacious. And they were so gracious.

All in all, a good night was had by all.

Frank Turner Sold Out at the Varsity