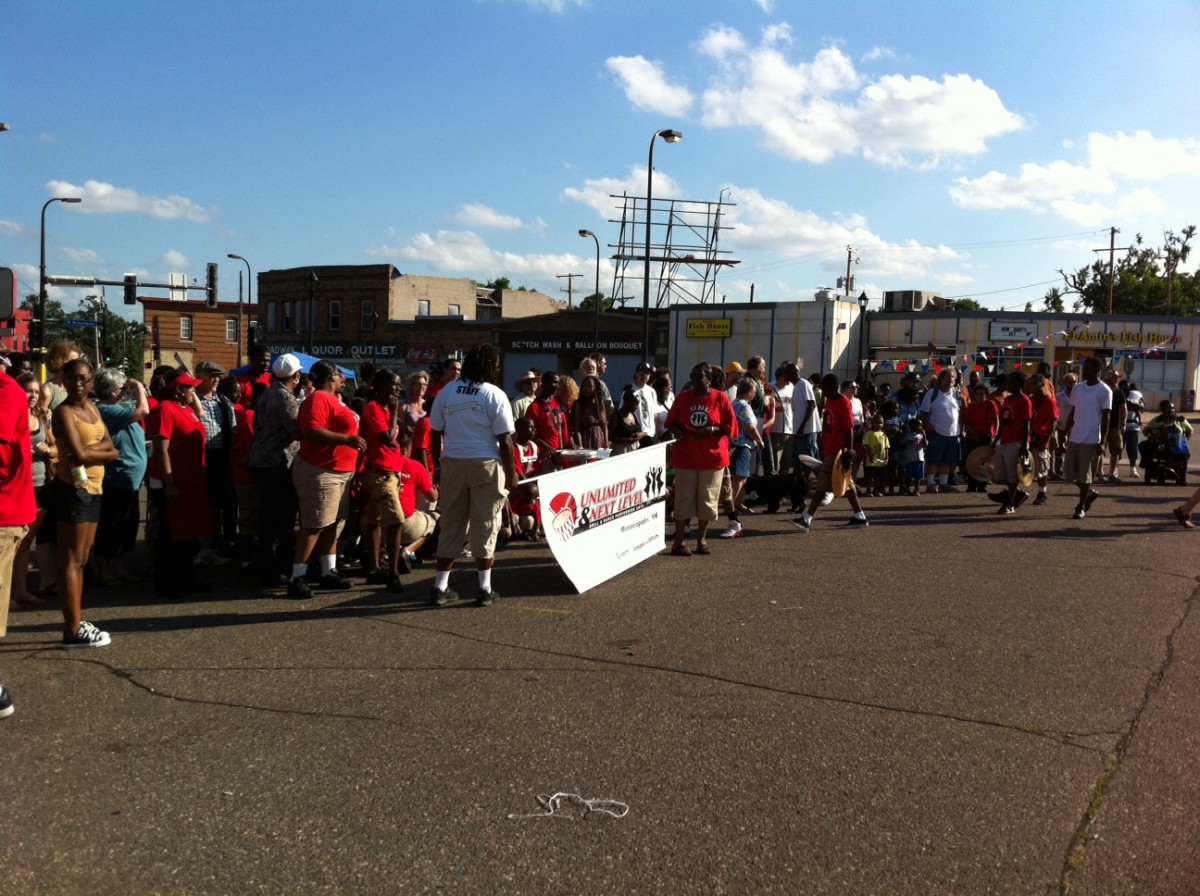 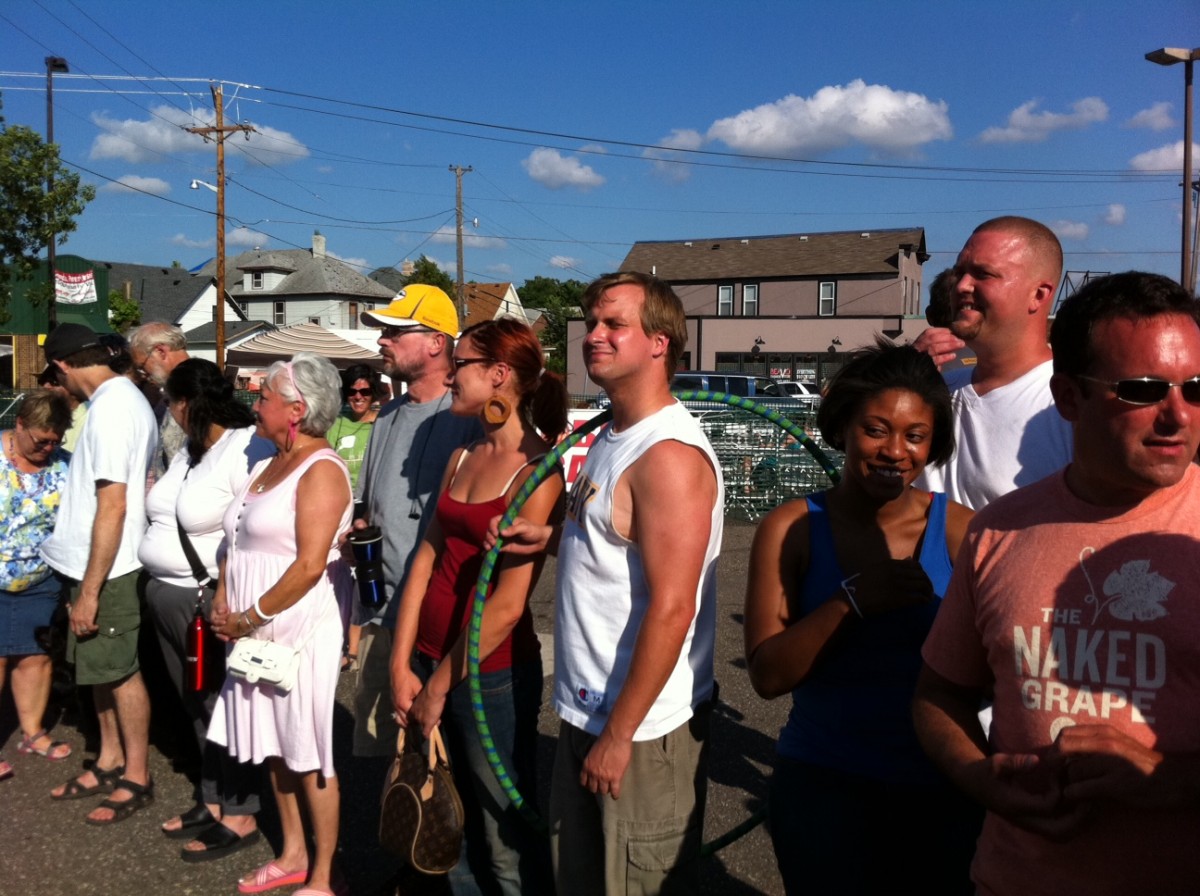 In the past, I have attended Flow, north Minneapolis’ art festival, as a performer in a live chess match, and a hula hooper.  While I did bring my hula hoop with me again this year (you never know when you’re going to need one) I approached the 2011 event with the mindset that I would just go and enjoy myself; let the reporting efforts go to one of the other media recording the festival.  And then I was somewhat underwhelmed by it all and that disappointment needs to be expressed.  We can and should do more with Flow than what was achieved this year.

I understand this may put me in the minority, and that people may be unhappy with this post–just like when I try to explain to my fellow sci-fi nerds exactly why I don’t like Blade Runner, (I’ve read and enjoyed the source material, Do Androids Dream of Electric Sheep? if that helps) or when other thirtysomethings find out that Pulp Fiction left me thoroughly unimpressed.

First though, there was plenty I did like about Flow. The return of Broadway Liquor Outlet at Penn and Broadway, even if it was just for one event, was highly anticipated and a welcome sight.  Their owner has done great things for our community, and many were thrilled to have the chance to support BLO again.  They didn’t disappoint, bringing a beer choice called “Hoptoberfest.”  While no one really needs to be reminded that fall is right around the corner, this beer wasn’t even available on the shelves anywhere yet.

The music at the BLO stage was top-notch as well and featured NoMi staples such as Dan Hylton and Watson.  I broke out the hula hoop for Watson, and had Senator Higgins’ dogs jumping through the ring when I stopped to take a break.  Someone came up to me and joked, “Nice hoop!  Does that double as a crime-fighting weapon?”  “Well, ACTUALLY…”

The Capri, as always, was a mainstay for the arts festival, and seeing Emerge’s restoration of the old library off of Emerson and Broadway is always uplifting.  The photograph recognizing tornado relief volunteers was heartwarming, and the chainsaw carvings brought something new to the festival while taking old, destroyed trees from the storm and turning them into art. 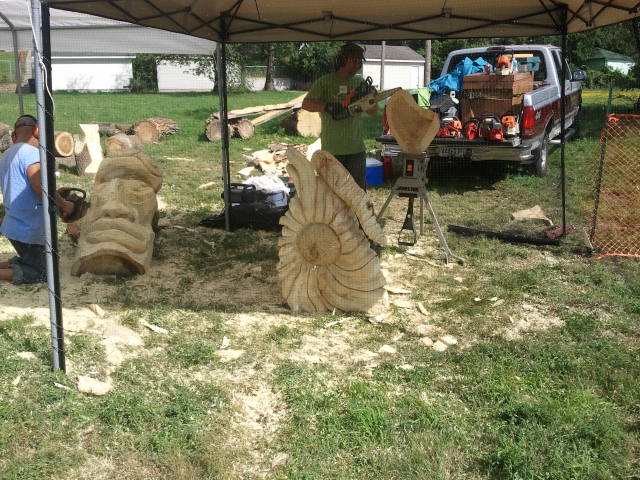 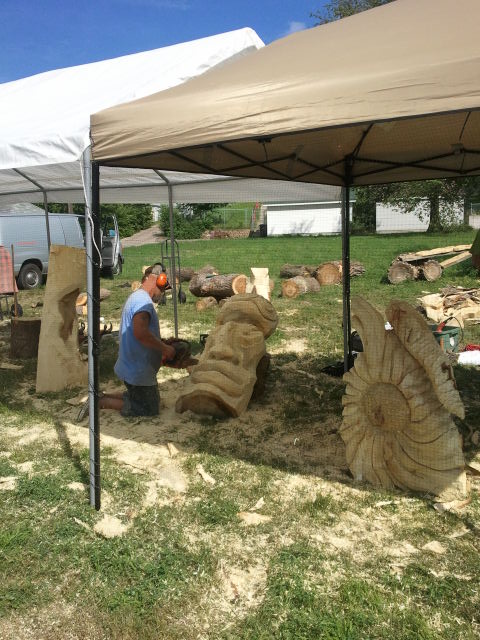 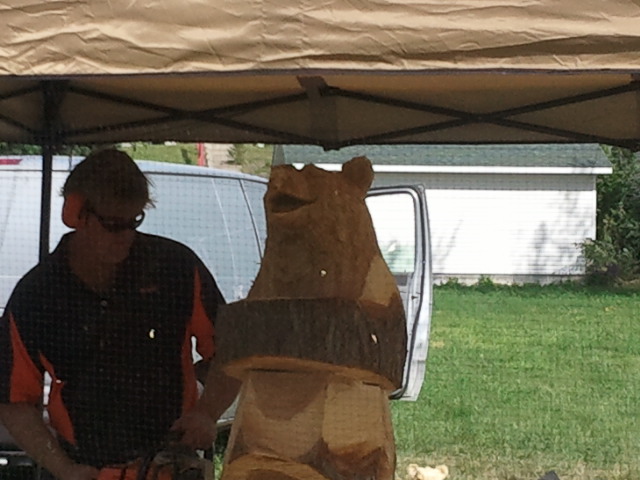 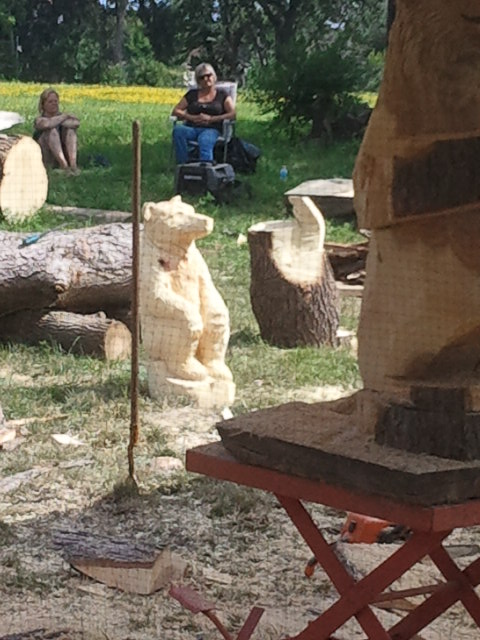 There was no stage at Cub Foods this year.  Broadway and Lyndale is such a heavily-traveled intersection that I don’t see how we can afford to miss out on the visibility here.  The node at Emerson and Broadway was hard to notice as it was placed in a parking lot behind a building.  And this was true of many areas.  I’ve been to Flow for years, so I know that the green balloons signify artwork of a sort in or nearby a building.  But who else knows this?  Passersby unaware of the event at all would have no clue what was happening in a building right next to them.

Last year we also had large black & white photographs hanging in various buildings along the way from Lyndale to Penn.  That created a sense that there was in fact a community-wide event happening all along Broadway.  And isn’t this an ART festival?  The Emerge building and other sites had drawings/representations of plans, not performance or visual art pieces.  Finally, Flow in 2011 was more sparsely attended than any of the other NoMi art crawls I have been to.

You won’t catch me griping without some ideas on how to fix this though.  So what would I do?

1.  Signs, signs, everywhere the signs.  In other parts of town, major festivals warrant signage from light poles at major intersection days or even weeks in advance.  I know signs aren’t cheap, but we should be letting people who travel along Broadway know about our festival well beforehand.  And speaking of spreading the word, our fine mayor – who is or at least employs a prolific Facebook persona – did zero to promote Flow on his Facebook page in the week leading up to the event.  I understand if he’s busy and couldn’t attend the photo shoot, but we could have used his soapbox to spread the word to the legions of volunteers that they were invited back to the neighborhood for a thank-you party.

2.  Block off part of Broadway.  Yes, this is a busy corridor.  That’s why you block it off.  Making people take a detour will raise the profile of the event.  Lake Street does this a few times a year, so why can’t we?

3.  More art.  I’m all for promoting good work being done in the community, but this is an arts festival first and foremost.  Let’s have more art and let’s do a better job of getting people to enter into buildings where art is on display or for sale.

4.  Use the River.  I don’t know why Flow is called Flow, but if it doesn’t incorporate the Mississippi River, then where does the name come from?  Why haven’t we had an arts node at Broadway and the river before?  Is it that hard to incorporate the Mississippi into some artwork?  (“I know the river symbolizes something…BUT WHAT???”)  We could watch the River Rats do some water-skiing tricks or finish the evening with a fireworks show.

And I do realize that many of my ideas require either money, volunteers, or both.  I guess I’m volunteering already to do what I can to make 2012 more of a success.