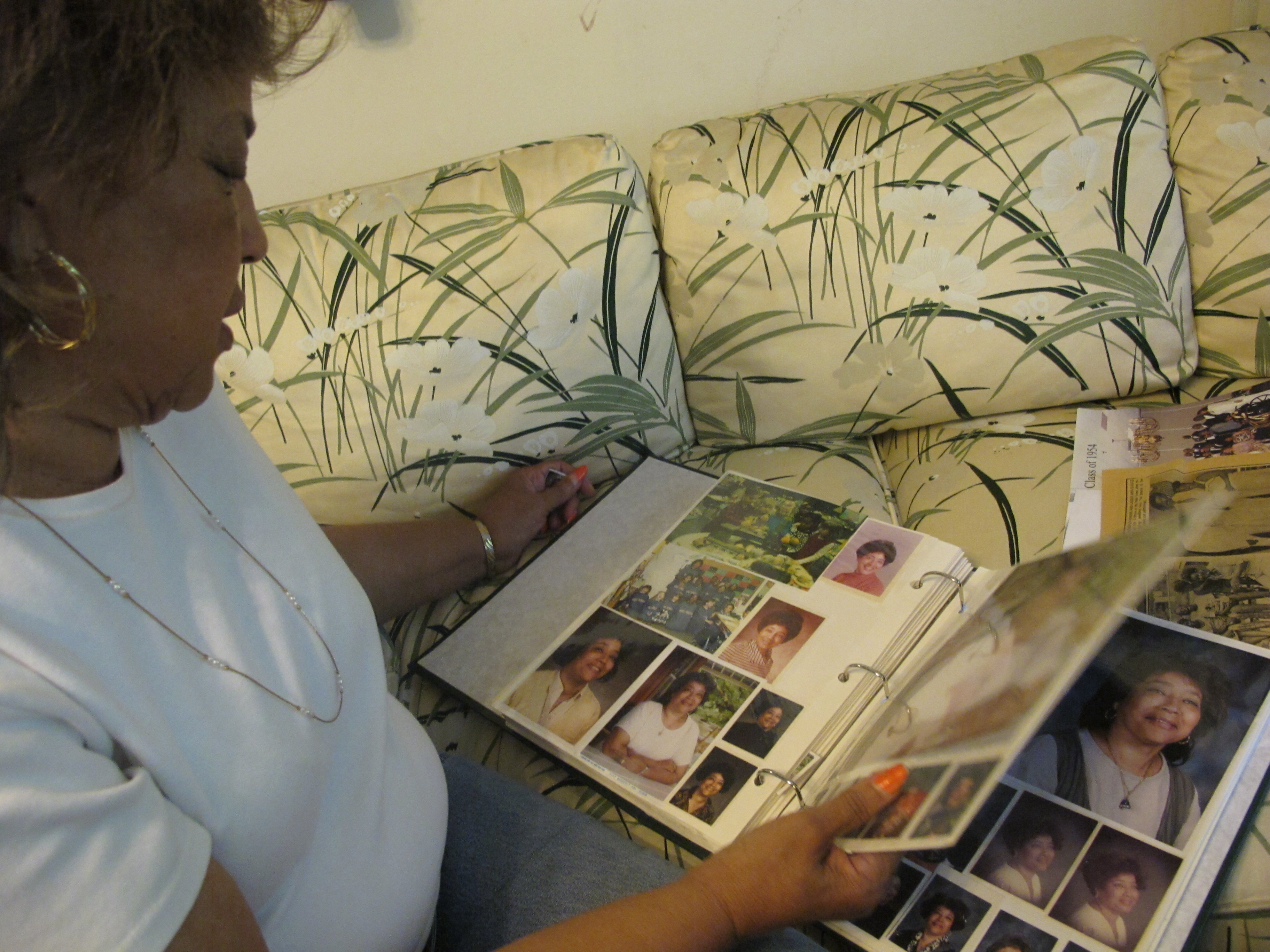 I remember someone saying [at the nearly all-White University of Wisconsin, 1954] you have to do it the way the White kids do. It makes me very sensitive to the needs of children — having people who look like them [in their schools].

Madeline Colbert, a student at South High School, interviewed South Minneapolis elder Betty Ellison-Harpole as part of a ThreeSixty Journalism project interviewing African American elders who made the journey from the Jim Crow South to the North. This is the continuation of her story that began last week.

When I was teaching, in my first-grade classroom I would always cut pictures out from magazine advertisements and put them around the lower part of my walls. I’d have every nationality that I could find, and I had a mobile hanging that said, “Can you speak this language?”

I had as many languages as I could find. I asked people to bring me pictures of as many nationalities as imaginable.

In my second-semester history class, there was a young African American man from Rockford, Illinois, very smart in history. He would raise his hand to answer a question, and the professor would go around to all the White kids to get an answer. If they didn’t have the answer, and a lot of times they didn’t, then the professor would ask him.

When we got ready for the test, we Black students would sit together. The professor would come sit on the desk of one of us. The Caucasian ladies would write stuff on their legs, then inch up their skirts up to see the answers. But the professor came to watch us.

My locker in college was near the sorority house. I used to always read their bulletin boards. They would have advertisements about jobs for the Christmas holidays and in the summer.

There was one for a department store in Milwaukee, similar to Macy’s. They had one in the lingerie department, and I wanted to apply. The lady asked me if I had any experience and I said no, but I have the ability to learn.

One day I said, “The women in the sororities don’t have any experience, but you’re hiring them. I have the ability to learn just like they do.” I think she had run out of excuses, and I was persistent.

There might not be as many people who are as persistent. They get knocked over and get discouraged. I’m different. If there is something I want to do, I do it and nobody is going to keep me from doing it. I integrated the exclusive department store in Milwaukee.

Sometimes I’d ask them if they could tell me why they did it this way. They’d tell me, and sometimes it makes more sense than the real answer. I listened for what impeded them. To help them get beyond the obstacle and move on, I needed to know how they think.

I had the first all-day kindergarten in the city of Minneapolis. Judy Farmer, a school board member, said that children in the housing project did not know how to hold a book. Dr. Richard Green, the superintendent, asked me to pilot the program, and I did.

When it was time to test, I said, “Get somebody from central office to do it, ’cause they’ll swear I did something.” They did, and my students scored higher than Bryn Mawr [a wealthier Minneapolis neighborhood that was predominantly White].

In one third-grade class, we had a young lady from when the [Hmong] boat people came. We got out of school at 3:15, but every day at 10 minutes to three she taught us a word in Hmong. This was my way of pulling her in. She’d smile ’cause she was so proud. She’d write the word up. She was a good teacher.

The thing is, we live in a world, and we’re going to all progress together or we’re going to destroy everything. We will destroy ourselves if we don’t learn to respect and celebrate each other, respect one’s right to be — whoever you are.