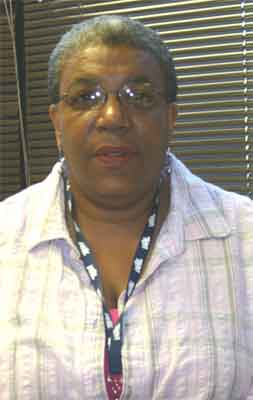 For the past few weeks, the media has decided to focus on the year after Hurricane Katrina. One year later, residents of the Gulf Coast are still living in disarray. This disaster, which cost the lives of 1,300 people and rising as well as $125 billion in damage, is reminiscent of a war zone.

Many of these deaths have been classified as non-storm-related, including the elderly, diabetics, and others with chronic diseases who died after the hurricane passed. Post-disaster depression leads to elevated suicide rates as well. These storm-related deaths will go on for quite a while.

Cities and states are trying to step up the efforts to help, but to say that the Federal Emergency Management Agency (F.E.M.A.) dropped the ball is a gross understatement.

The Hurricane Katrina Relief Operations Hub, located at Sabathani Community Center in South Minneapolis, continues to do the job of picking up the ball. Originally the state of Minnesota was designated to receive up to 5,000 displaced Gulf Coast residents, who were initially scheduled to be placed at Camp Ripley, an old Army boot-camp located on the outskirts of the Twin-Cities area.

Not very user friendly and somewhat penal-institution oriented, it could only add to the culture shock of the Katrina victim’s journey. African American ministers located here took the lead in making the designated facilities amenable. They even organized bus trips to the affected areas to help bring people out.

On September 16, 2005, the Hurricane Relief Operations Hub opened its doors with a staff of two: Program Director Mathea Little-Smith and Office Manager/Navigator Kymtynia Alexander. Ninety percent of the Katrina evacuees are African American, so the office immediately identified the need for culturally competent services.

Little-Smith stated, “That need is a must towards people’s recovery from this disaster. In attempting to fill that need, our office has expanded to seven staff members. We served about 200 families and continue to serve about 140 families. The Hurricane Katrina Relief Hub to date has provided service for the largest contingent of displaced storm victims by a single agency in the state of Minnesota. We have gotten past the immediate needs such as food, clothing, shelter and medical services.”

She continued, “The long-term needs are so, so important. They are a priority, and we have partnered with Southside Community Directed Services for long-term care. We have in this office a case manager, an organizer and an advocate to address all of the satellite needs involved with full recovery.

“It’s all about providing hope, providing a light [and] positive social structure-building, which can sometimes be limited, in that we only received funding for 16 months. F.E.M.A. constantly changes the rules and procedures, which makes it more difficult. We are a participant-directed program, based on needs response. We listen to the victims and encourage their input.”

In listening to Little-Smith, one can feel her passion for what she is doing. She further stated, “We are having to address the areas of healthy living, dealing with the health disparities that attack poor people and people of color. Mental health issues are surfacing. Post-Traumatic Stress Disorder must be effectively addressed. We work hard toward self-sufficiency, and community-building events are a big part of our work. Work readiness, anger-management, empowerment and entrepreneurial training, all small group oriented, are such a large part of the recovery process.

“Our oldest participant is 84 years old, and they lost everything. A lot of people lost their partners for a variety of catastrophe-related reasons. Some of the recurring and challenging health problems include ambulatory [limbs], skin rashes, and asthma,” Little-Smith recounted.

“We have been successful in many ways, but we have a long way to go.”