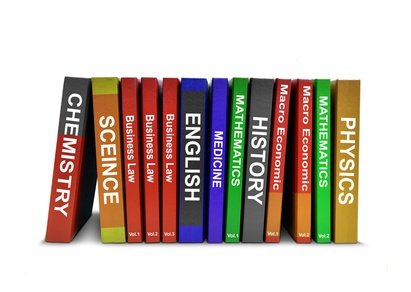 When Saint Paul Public Schools first implemented Managed Instruction in 2011 as part of the Strong Schools Strong Communities plan, teachers balked at the idea of being regimented. An article by Mila Koumpilova in the Pioneer Press in December 2011 described objections to Managed Learning as “teacher-proofing teaching.”

The district quickly did a name change, switching the name to Aligned Learning and employing a task force to work on buy-in from teachers. Three years later, there doesn’t seem to be a strong outcry over Aligned Learning, and there’s agreement that keeping curriculum consistent across various schools makes sense for highly mobile populations.

Aligned Learning has some similarities to the Focused Instruction program in Minneapolis Public Schools, but its implementation has been different. In St. Paul, the standards are more general, and the approach seems to be one of collaboration rather than district mandates to teachers. In St. Paul, for example, there’s no mandate for specific numbers of professional development days devoted to the program or for uniform, computerized end-of-unit tests for students. The TC Daily Planet Focus on Teaching section has more information about both Managed Instruction and Aligned Learning.

Mary Cathryn Ricker, President of the St. Paul Federation of Teachers said there was a lot of concern from teachers when Aligned Learning was first introduced. “I think we managed in St. Paul to head some of that off at the pass by airing what the concerns were right away,” she said.  “Our biggest concern was this was going to be scripted.”

When she first heard about Managed Instruction — or Aligned Learning as it came to be called — she found that one of the reasons behind it was that the district wants the standards to be consistent especially for students who move from one school to another, so that their learning wouldn’t be interrupted. In the past, those students might have been bused to their old school, but with changes in busing policy that is no longer possible. “The question is what do we do with our most vulnerable transient population,” she said.

According to Ricker, the standards movement is not new. “When I was teaching seventh grade English, I was teaching the same standard with teachers across the state,” she said. The difference is, now it’s broken down into a sequence or timeline.

The most controversial aspect of the Aligned Learning implementation has been the Mondo Reading Curriculum. “I have heard stories that teachers are no longer getting into trouble for moving away from Mondo reading material,” Ricker says. “Teachers are now able to bring in more appropriate reading material and culturally responsive material.”

According to Matt Mohs, the district’s Chief Academic Officer, Aligned Learning, which started three years ago, was a concept that was identified in the Strong Schools Strong Communities referendum that was passed in 2011. Mohs describes Aligned learning as “an articulation of a series of concepts.”

Aligned Learning was designed “to get clear about the outcomes expected for students,” Mohs said, as well as “providing suggestions or tools to how to get here.”

Mohs said that while it has been interpreted by some as taking away teacher and student choice, it’s “much more of a framework,” he said. “At no point is it communicated that on x day you have to be doing x. That’s what people feared. It’s never been implemented that way.” Instead, Mohs said Aligned learning is about being clear in terms of “what standards are being structured and what outcomes are expected for students.”

Two additional articles take a look at what a parent and two teachers have to say about how they view the curriculum alignment.