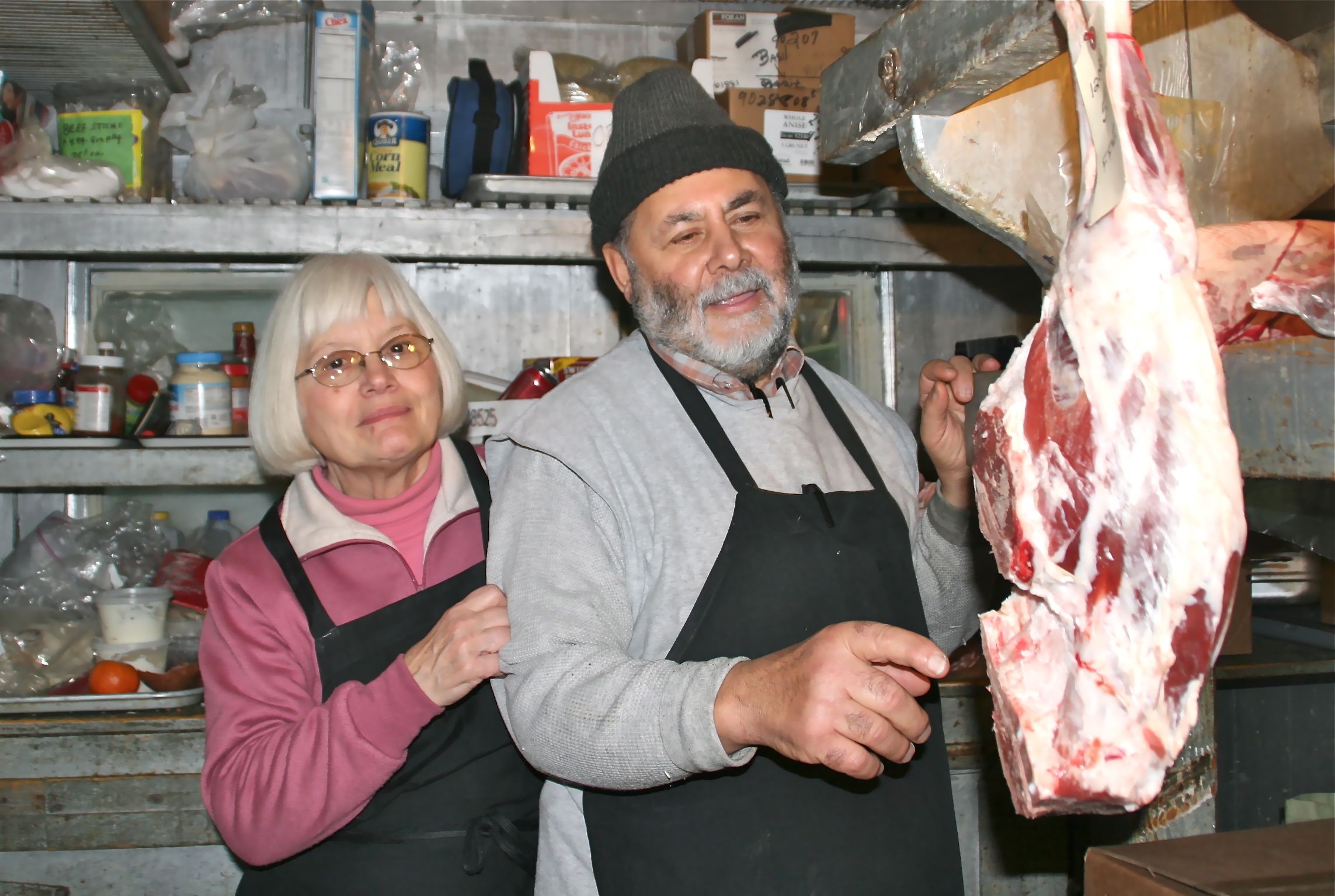 For a (very) special Independence Day Global Groceries, I returned to some of the family-run ethnic grocery stores I’d visited since I began this column last September to ask the proprietors, “What are you doing for the Fourth of July?”

Irene: “We’re having a big family barbeque. We’ll have shish kabob, flat bread, and garlic sauce. That’s my husband’s Lebanese family tradition. It’s a big feast. We’ll take the day off and will be getting together with 14 people, including our daughter who is coming in from California. The store will be closed that day, but Gene will come to the store. He always comes to the store on days off just to check, sometimes twice. I’ll be making a big garden salad with greens, cucumbers, tomatoes, green onion, maybe some apple and mint. We’ve been getting a lot of orders for the Fourth of July. My husband is cutting meat: steak, lamb and chicken. Lebanese-Americans and all Americans who have tried Middle Eastern food buy it for their barbeques.”

Gene: “My daughter’s coming in? Oh, I guess that’s right. We’ll have a little shish kabob in the backyard. I cook them on one of the two grills I bought from a customer about 20 years ago. I took one to the lake and one is in the back yard. I’m going to cook a bunch of wood—it turns into charcoal—and use that. It’s not hard to do. Well, maybe a little. Then when the coals are red and hot, you put on the skewers. But I’ll probably come to the store for an hour or two. There’s always something to do.”

“I won’t be doing anything but working. There’s a big soccer tournament in town and the store and restaurant will be busy. People are coming from all over—from Denver, D.C., Atlanta. I’ll go to see the fireworks if we have the time. My kids will see them, for sure. We’ll sell a lot of the lean kinds of beef used for grilling. And at festivals like this, people have sambusa kahkah, a sweet sambusa that looks like mini doughnuts. A lot of people will go to Minnehaha Park, but I’ll celebrate by working a lot.”

“I don’t have time for doing anything on the Fourth of July. If it fell on a Monday or a Tuesday, I could, but Thursday is a busy day at the store, even on a holiday. We still get people shopping for picnic food. Some of my friends are going on a picnic and they’ll have bulgogi and grilled kalbi—a three-bone Korean beef short rib—but I’ll open the store.”

“On the Fourth, the family will go to Nokomis Park and have hot dogs, carne asada, rice and beans, a fruit salad and maybe we’ll grill some burgers. Then we’ll go watch the fireworks. David won’t come. He’ll be at the store. He works a lot. The family gets together almost every week. Not everyone comes every week, but there’s always someone there. Dad’s one of 10 kids. He came first to California, then to Chicago and then to Minnesota in 1987. I think my dad lives the American dream.”

“I don’t know what I’m going to do. I’ll probably be at a Hindu wedding at the Vishnu Temple. The wedding is on July Fourth and they go for for three days. They’ll have special Indian and American foods with probably 800 to 900 people, the boy’s side and the girl’s side. That might be fun, but I don’t eat meat and try to eat only organic. I usually spend this holiday with the kids and grandkids, but the grandkids will be out camping and my son will be out riding his motorcycle.”

Bob Delmonico, co-owner with his brother

“There used to be a big Italian-American picnic here in Beltrami on the Fourth of July. It was a big shindig with bocce ball courts. It was up here for many years, but it got moved to St. Anthony a few years ago. I haven’t been in a couple of years. The kids are going to come over for a picnic in the backyard and then watch the fireworks in Fridley. They’ll be about a dozen people. We’ll have Italian sausage, bratwurst, potato salad, pasta salad. If we get crazy, we’ll have pizza on the grill. That sounds Italian. I wonder what the guys at the Polish store are doing for the holiday.”

“We’re taking our first family vacation since we opened the store. We’re going up to the Boundary Waters to relax and do some fishing. The store will be closed all of the Fourth of July weekend. It’ll just be the three of us: me, my brother Lukasz, and my dad. We’re not bringing anything special, just some kielbasas to roast over the fire.”