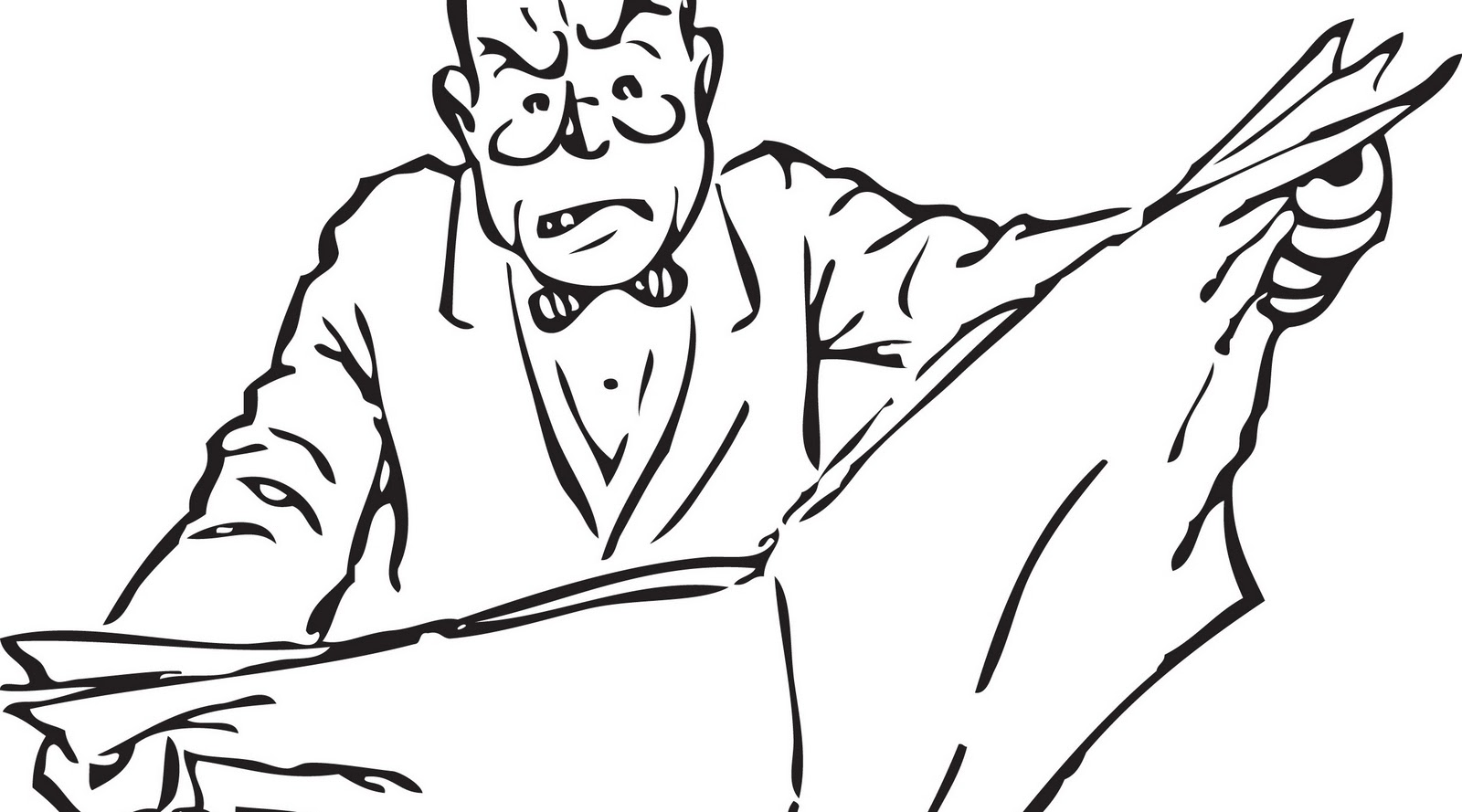 A huge part of finding success as an artist today is crafting your narrative. It isn’t enough to just be good— you need a compelling story. And if you don’t have a compelling story, you have to make one the hell up. And it’s not just the artists themselves— publicists, music writers, bloggers, talking heads on Twitter and fans all play this game too and usually go unquestioned. Here are a few examples of how it plays out:

Great Ear for Beats = This is the hip hop equivalent of “he’s got a nice personality.” Of course, production is important, but to describe an MC using this phrase instead of just saying “the beats were great” is like saying “the best part of the movie was the theater’s clean bathrooms.” It’s also another way that hip hop producers go unheralded.

Edgy = Sex and drugs oh no!!! The word “edgy” almost always refers to subject matter that is absolutely shocking to 11-year olds. Artists who try to maintain an aura of edginess very rarely present any real threat to the powers-that-be, or to the status quo, or to anything. Real edginess comes from pushing the audience out of their comfort zone and toward something greater, not just saying naughty words.

Emo = Used pejoratively 99% of the time, this word refers to any expression of emotion at all. All earnestness is “over-earnestness.” All drama is melodrama. I hate to use the h-word, but the hipster movement was and is so anti-sincerity that it’s created an incredibly hostile climate for artists who, you know, have feelings. If you’re not a fake heroin kingpin, ironic joke rapper or soulless rhyme-scheme technician, you’re probably “emo.”

Hungry = This can either mean “hard-working” (see below) or “this MC raps loudly and at an above-average tempo.” It’s easy to fake hunger. It’s also a handy word to use when you’re describing an artist who has no real accomplishments, experience or talent. For example, most good bios talk about concrete things like who you’ve opened for, what awards you’ve won, where you’ve been written up, etc. But if you don’t have any of that stuff, just say that you’re “THE HUNGRIEST RAPPER IN THE GAAAAAME.”

Poetic = Most often refers to lyrics that don’t make any god damn sense. Maybe it’s just because I actually am a poet, but this one irks me. For example, I feel like most people would say that Lupe’s “Dumb it Down” is more “poetic” than, say, “Kick, Push.” But by my definition, “Kick, Push” is a million times more poetic. Poetry isn’t fancy talk and big words—it’s creating work that functions on multiple levels, that says something deeper than the literal meaning. It’s not just abstract, stream-of-conscious babbling. Good poetry doesn’t use complex language to say simple stuff; it uses simple language to express complex ideas.

Great Flow = Here’s the thing about flow… it’s a foundational element of rapping. 95% of rappers have at least a “good” flow, or they wouldn’t be rapping. And while there are rappers out there who have legitimately great flows—Elzhi, Kendrick Lamar, Gift of Gab, etc., I would argue that most music writers and fans don’t really know enough about hip hop aesthetics to separate “okay” from “good” from “great.” A lot of the time, “great flow” translates to “this rapper knows how to rap on beat,” which is kind of like saying “that truck does a great job spinning its wheels and moving forward.”

Doesn’t Fit into the Traditional Rapper Mold = Usually, this is a euphemism for “this rapper isn’t a scary black guy.” And it’s always presented as both extremely positive and mind-blowingly novel, as though no rapper has ever rapped about anything other than guns and drugs.

Literate = I have no idea what this means when it’s used in hip hop reviews, and it’s used a LOT. I guess it’s good that the MC isn’t just saying “GOBBLE GOBBLE BEEBOO MAGAAAAAA!” over the beats. I mean, I know that “literate” can refer to knowledge and skill (and not just the ability to read & write), but I think words like this perpetuate the whole “this rap over here is smart, and this rap over here is dumb” stereotype that, while sometimes true, is often a gross oversimplification. I mean, “literate” to whom? It’s a pretty loaded word, in terms of race, class and culture.

Chill = This doesn’t come up in actual reviews as much as it does in breathlessly positive blog posts and show recaps. “Chill” is every underground-rap fan’s favorite fucking word. Your talent doesn’t matter; as long as you’re “chill,” you can build an enormous fan base.

Pretentious = Now, this word has a real meaning and sometimes does apply to hip hop acts. But it’s way overused. The rap bloggerati know what they like, and anything outside of that narrow, traditionalist range is often called “pretentious.” 6/8 time signature? Pretentious. Overarching metaphor or concept song? Pretentious. Dropping out the drums for four bars? Pretentious. Trying to say something new and original? Go polish your monocle, college-boy.

Hard-Working = Two things here. First, who cares? You could be a brilliant songwriter and not be hard-working, or you could be the best hustler in the universe and still be a wack MC. Secondly, when a writer says that an artist is “hard-working,” it usually means “I’ve seen that artist on a lot of blogs.” That’s what hustle has evolved into—record a million disposable songs, send emails to as many bloggers as possible and hope to get a couple of posts.

And sure, that does take work. But as an artist “hard work” needs to mean something more than that, something beyond the internet, beyond handing out flyers, beyond networking and schmoozing. What’s almost always missing from conversations about hard work is the end goal. What are you actually working for?

I guess it’s a matter of perspective, something that applies to every one of these points, not just the last one. Hip hop writers, publicists and bloggers can get away with a lot of spinning because the average hip hop fan (not to mention artist) doesn’t have a genuine relationship to the culture and won’t pick any of this stuff apart critically. Maybe that sounds harsh, but I think it’s true (and isn’t exclusive to hip hop). So it’s good to keep writers (including me) on their toes.

Did I miss any?

Note: This is the companion piece to my “How to Write About Hip Hop” essay.