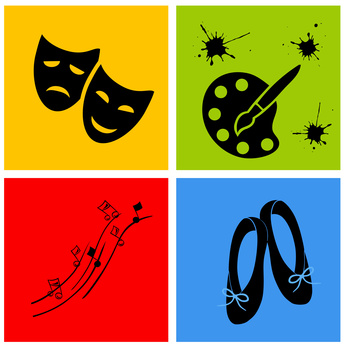 Sue Gens, executive director of the Minnesota State Arts Board, said that they are not allowed to use legacy dollars to pay for licensed teachers. “The language of the amendment says that the funding is a supplement, not a substitute,” she said. “Our expectation, because arts are a part of the academic standards, is that students in schools are receiving a certain amount of arts education to meet the state requirements.” The funding the state arts board provides, according to Gens, is supplemental to that core curriculum. Supplemental education can be defined broadly, such as bringing artists to schools, or funding arts in a community center, etc. “We don’t tell them how to do it,” Gens said.

In recent years, the state arts board has changed the way it’s conducted arts education funding, according Gens. In the past, the only people who could apply for state arts education grants were schools, and the grants only covered residencies, with a budget of about $300,000 or $400,000. Now, both schools and arts organizations can apply for  arts learning grants, which amount to about $2.2 million.

Arts learning grants are no longer limited to five-day residencies, as they were in the past. “The five-day residency for schools is a little hard,” Gens said. “We didn’t want that to be a barrier.” Therefore, while some residencies do last five days, others include a teaching artist visiting the school once a month. Grants can also be used for non-residency arts learning, such as the long distance learning program offered by the Cowles Center.

Grant applicants are measured on the quality of the arts experience, the ability of the applicant to carry out the project, commitment to community, and how they intend to measure their outcomes, said Gens.  Starting this year, grantees will also have to show what their actual outcomes were. In the past, they submitted final reports, but now those outcomes will be posted on a public website.

Of the legacy money that the state arts board receives, 30 percent goes to the twelve regional arts councils that serve different parts of the state.

“In a sense, we are nonprofit organizations, not state agencies,” said Jeff Prauer, executive director of the Metropolitan Regional Arts Council. “A lot of people don’t realize that. Some people think we are part of state government.”

Prauer said that the organization uses 15 percent of its funding for arts education. 80 percent for arts and arts access, and five percent for cultural heritage. About a third of MRAC’s arts education activities occur in schools, he said.

MRAC isn’t very prescriptive about what the arts education activity should be. However, they do have to be participatory, as opposed to demonstrative. “There needs to be some kind of engagement,” he said.  They also need to occur over an extended period of time. “There’s a lot of research that shows that multiple exposure to artists or an art form is more beneficial,” he said.

The Perpich Center for Arts Education was called in by a group of five legislators to do an arts integration project, according to Pam Paulson, Senior Director of Policy for the Perpich Center. “The reason they wanted us to take that on,” she said, “was to make sure there were opportunities in the future.” Investing in teachers was a really sound way that the legacy could survive, she said.

The Perpich Center’s arts integration program is focused on helping teachers learn how to teach well and teach collaboratively with others in their school, she said.

Arts Integration involves teaching non-arts teachers, such as social studies or math or science, to use art to help teach their subject. The program is aimed at “actual faculty members in the school,” Paulson said, “so that even if they transfer, it sticks with them.”

The program began with the premise that teaching teachers across subject areas to integrate the arts would result in greater achievement by students.

The Perpich Center has been collecting data about the student work, such as using painting or drawing to learn social studies, and how those techniques can affect scores in different subject areas. “We really need these kids to learn better, clearer, and deeper,” she said.

Asking teachers to take time away from their math lessons can be a little scary, but Paulson said that “teachers are saying that students are learning more in an arts integrated learning lesson.”  In assessing the program, students have said that this way of learning makes the concepts stick in their memories. According to Paulson, 80 percent of the teachers say they will continue to do arts integration.

The Perpich Center has been working with teachers with the Lakes Country region (Becker, Clay, Douglas, Otter Tail, Stevens, Traverse counties in western MN), and will begin working with the Southeast region next year. The goal is, she said, to reach students across the state.

In addition to the legacy funds has used for arts integration, the Perpich Center also has used some money to do a statewide study of arts education. Currently, “no infrastructure is in place to collect information about student achievement in the arts,” Paulson said. They hope to find, among other things, what pockets of the state need the most funds, and how can funds be targeted to help those with the greatest need.  The study will be completed this spring.

Sue Gens, from the Minnesota State Arts Board, said the Perpich study was important because currently, there is no policing mechanism to ensure that schools are meeting the state standards for arts education. Right now, it’s just an honor system. “There is a fear that some schools as they are looking at their own funding, are choosing not to meet the standards,” she said. She said that she hopes the study will offer some answers and accountability.