SPPS Chief of Staff Michelle Walker told the MSR that Positive Behavioral Intervention and Supports (PBIS) and “Courageous Conversations” strategies, used to help teachers respond more positively to student behaviors — especially those of Black students — has played a huge role in the decline in suspensions.

“Suspensions as a [disciplinary] strategy doesn’t work,” she points out. 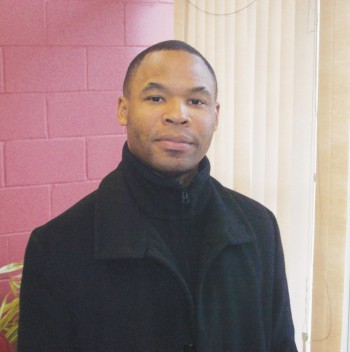 St. Paul teacher Aaron Benner says, however, that these strategies haven’t worked, and instead the district is enabling disruptive students by not suspending them when warranted. He adds that because principals get bonuses if they report lower suspensions, school officials have manipulated (in his words, “cooked”) such numbers as a result.

Benner also disputes stories published last week in both Twin Cities daily newspapers that say SPPS suspensions are down. “They are low because there is not accurate reporting,” believes Benner. “It is my opinion that those numbers are not accurate. I think the data is flawed. School principals are pressured to lower their numbers, especially on Black boys. They relay back to teachers that the suspensions on African American students are too high and they have to stay in the classroom.”

Benner says he has personally witnessed negative behavior, such as fighting in his school, and no action was taken. Some kids are not taking teachers and other school authority figures seriously because they don’t see themselves getting in any serious trouble for misbehaving.

“There’s nothing in place for these kids who are disruptive and causing chaos,” says Benner. “Some kids get suspended, some don’t. All discipline is very inconsistent across the board.”

Benner in 2011 spoke to St. Paul school board members on the suspension issue, and last year he spoke exclusively to the MSR (March 22, 2012) after a local newspaper published an article using edited quotes attributed to him that he said did not represent what he actually told the reporter. “I wasn’t trying to be a celebrity,” he recalls. “We should all be concerned about high suspensions for Black kids…but we have to hold our kids more accountable.”

Benner says he seriously questions Black suspensions statewide: “I would say every school district in Minnesota would not have accurate data when it comes to suspensions of Black students because of the pressure coming from the federal government.” He also believes that SPPS officials are “trying to fool” the public with the idea that not suspending students is the solution to dealing with seriously misbehaving students, instead shifting the blame onto teachers.

“It used to be a zero tolerance if a kid brought a weapon [to school],” says Benner. “I had a kid with a weapon in my classroom this year… He was not suspended, [and] his mother was angry” that nothing more was done, recalls the teacher.

Benner says a more comprehensive discipline policy is needed and agrees that suspensions don’t necessarily affect student behavior. “We have to have an agreement on what is a disruptive student.

“[Something is wrong] when I can get punched by a Black student and not only he did not get suspended but was back in my class within 10 minutes, [or] when a student can bring a weapon to school and nothing happens and he doesn’t get suspended. I have seen numerous reasons when kids should have been disciplined and should have been suspended, but the kid wasn’t even disciplined.

“Not reporting it and making excuses for student behaviors is only going to make things worse for the future. I am in the trenches and see what is going on. What is going on is [that] our kids are being set up to fail.”

Too many U.S. school districts overuse suspensions, especially Black student suspensions, which have dramatically grown since the early 1970s according to a UCLA Center for Civil Rights Remedies report released in April. St. Paul was among several U.S. urban school districts analyzed, where it was found that Black students in 2009-10 were suspended at least three times more often than Whites and almost twice as often as Latinos.

The UCLA report adds that Black suspensions are disapportionately classified under terms such as “insubornation” and “disruptive conduct,” which often have no clear definitions. Walker admitted that these terms were often used to classify suspensions.

“Now, there are a lot of times when kids are creating a disruption [and] there is a quick reaction to call the school resource officer to handle very low-level situations that should not call for criminal justice intervention,’ observes University of St. Thomas Law Professor Nekima Levy-Pounds. “And it winds up creating that school-to-prison pipeline situation. Children of color bear the blunt of these types of discretionary policies that are used.”

Benner urges that schools and parents work together to help misbehaving students change those behaviors. “We have to get our parents involved,” he says. “If your child has a hard time listening at home, you know he [or she] will have a hard time listening to a teacher. How can we work together, because this situation is going to quickly spiral out of control? I see it every day.”

He says parents have told him that they want students disciplined, even if it results in a suspension — and even if the student is Black.

“What can I do as a Black educator to help my [Black] students understand that their behaviors are very important?” asks Benner. “It’s not all Black kids, but then you start thinking about the big picture. You have this pressure: test scores, test scores, test scores. But when do you get to teach the basics when you have kids pulling down things off the wall?”

The teacher suggests that all school districts eliminate out-of-school suspensions completely, but until this happens, he feels suspensions are still needed to maintain classroom order: “That child can still learn, but in a separate room with a licensed teacher.”

He argues that school officials and the community cannot avoid dealing with seriously misbehaving students, even suspending them if necessary. “I don’t care if you are the superintendent, the secretary of education or a self-serving, wannabee community activist,” pledges Benner. “I am going to continue to address this issue.”

Next: an examination of Black suspensions at St. Paul suburban schools