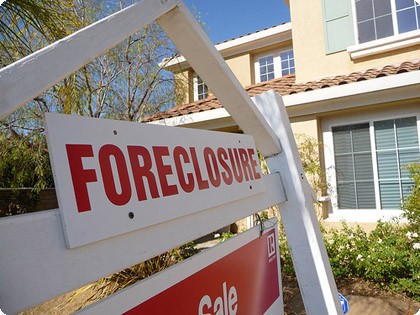 The most recent Case-Shiller Index numbers show the Minneapolis-St. Paul housing market doing better than, well, just about every other metro area. But don’t get your hopes up just yet.

With a 1.1% seasonally-adjusted April to May increase, (the numbers lag two months behind)Minneapolis and Atlanta showed the best improvement in the S&P/Case-Shiller Composite of 20 Index. Using 2000 as a base year, the index tracks housing prices across the nation in the form of percentage increases. For example, in mid-2009, the composite of 20 metro areas was at around 140, and now, in mid-2010, the index is at around 147. This means that one year ago, homes were worth about 40% more than in 2000, and they are now worth about 47% more than in 2000.

Minneapolis has also seen encouraging long-term improvements, and as of April, showed an 11.6% increase over the past year. The upturn was the third best after San Francisco and San Diego, which saw 18.3% and 12.4% increases, respectively. While Minneapolis’ housing prices have recovered more quickly than the national average, they largely track the national trend. Minneapolis’s current median sales price currently rests at around $175,000.

Not quite time to celebrate

The uptick in housing prices that started in spring 2009 was, at least in part, the result of a large tax credit for first-time homebuyers set in motion with the passage of the massive $789 billion stimulus bill. The credit expired at the end of April, and since Congress seems unwilling to pass additional stimulus in light of short-term deficit fears, prices for entry-level homes are likely to remain at the same level or possibly decrease in the near future. Since the Case-Shiller Index lags two months in its reports, the verdict is still out on the precise impact the expired credit has had on the housing market in the past two months.

Foreclosure rates are an important indicator of economic well-being and are driven by employment levels. These persistently high rates, less distorted by the recent tax credit than housing prices, help to give a fuller picture of the state of the housing market. The rates imply that the housing market has stabilized somewhat, but absent the effects of the first-time homebuyer’s tax credit, there hasn’t been all that much recovery from the same time one year ago.

While foreclosure rates remain discouragingly high, it’s thanks in part to some timely legislation passed last year that the rates haven’t gotten much worse in many states. In 2009, states nationwide passed foreclosure mitigation laws in an effort to slow the rising rates of foreclosures that resulted from the combined burst of the housing bubble and subsequent dismal economic situation. Minnesota’s new law requires all foreclosure notices to include information about foreclosure assistance resources. The party foreclosing the mortgage is also required to submit the contact information of the homeowner to one of a list of pre-approved foreclosure prevention agencies.

Despite the efforts of legislators to stem the flow of mortgages with negative equity, foreclosure rates remain high and 21.5% of single-family homes’ mortgages are still underwater – that is, the outstanding mortgage on the house is valued higher than the house itself – which suggests that many more foreclosures could be down the road.

Mortgage rates are also at historic lows, which in any other time,

would spur more demand for housing and put upward pressure on prices. However, the economy is still in such dismal shape that unbelievably low interest rates aren’t having much of an effect. Some banks, in an effort to be more cautious and avoid granting loans that will not be repaid, may also be more reluctant to grant mortgages.

What Can Be Done?

With a persistently high level of foreclosures and still depressed housing prices, we need to remind ourselves that the recession is by no means over. Employment rates are a large foreclosure driver, and the recovery has been essentially jobless. Without serious new measures to combat further economic contraction, we risk perpetuating these depressed prices and high foreclosure rates. By failing to adequately fund programs such as food stamps, unemployment insurance, and health care, we risk putting more and more families in a position where they are forced into foreclosure.

As Minneapolis Area Association of Realtors President-Elect Pat Paulson pointed out, “the economy is currently driving the housing market and not vice versa. The housing sector once generated corresponding construction, manufacturing and other jobs which in turn fueled economic growth. That hasn’t been the case of late.”

By illogically calling for short-term deficit reduction instead of focusing on short-run fiscal expansion and long-term deficit reduction, we are slowing the recovery of the market for the primary assets – homes – of millions of ordinary American families. By refusing to pass more stimulus that would get our economy up and running faster, we are allowing more and more families to fall into foreclosure as workers lose their jobs and the long-term unemployed are unable to find new work. Housing prices will not rise to pre-recession levels any time soon, but we must stimulate our economy into a faster recovery by getting serious about expansionary fiscal policy today.