Hotel room cleaning is a backbreaking job, with intense workloads, time pressures and repetitive lifting motions. Four weeks prior to the date they were interviewed, ninety-five percent of housekeepers reported enduring occupational-related injuries – according to one survey of 1,000 Las Vegas hotel workers. Most of these workers barely make a living wage while their employers are making millions in profits off their labor. Women and people of color are disproportionately bearing the brunt of these unsafe working conditions.

Housekeeping work is characterized by demanding workloads, intense time pressure and repetitive lifting motions. According to a report by Puget Sound Sage (Sage) on working conditions for hospitality workers in the Seattle area, housekeepers across the nation clean an average of 15 or more rooms per day, at a rate of 30 minutes per room. Citing research done by Joan Moriarty, “Creating Luxury, Enduring Pain: How Hotel Work is Hurting Housekeepers”, the Sage report explains that housekeepers are often required to complete task lists of 33 items or more within only 30 minutes followed by reloading supply carts that often weigh more than 300 pounds. 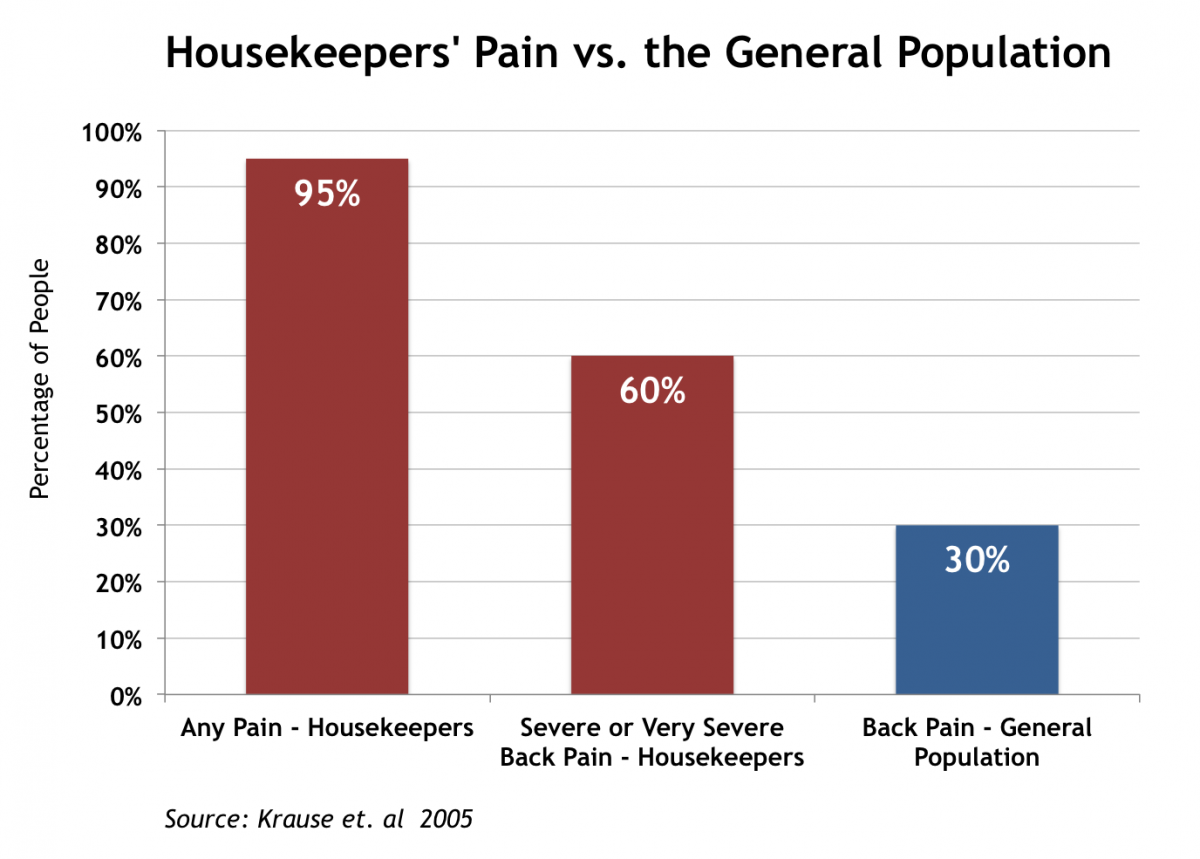 Where more research needs to be done, however, is in pinpointing the precise rate of injuries for housekeepers. Based on previous research by Krause et al. (2005), Buchanan et al. (2009) and others it is clear that pain among housekeepers is much higher than most other workers in the accommodations industry. In other words, it is likely that injury rates among housekeepers in the Twin Cities is much higher than the 5.4 per 100 workers industry wide average in the accommodations industry.

(Update June 3: This and the previous paragraph have been updated to clarify the language around the type of data presented, the data itself, and the source of 2012 injury rates by industry. Please contact the author if you have further questions.)

Reducing the ratio of staff to occupied rooms has been a long-term trend in the hotel industry, placing increased performance demands on all workers. As I discussed in the first article in this series, the same trend is certainly true in the Twin Cities metropolitan area. Statistical estimates based on ACS PUMS Census data show that employment in the hotel industry peaked at 16,423 in 2008 and fell to 14,153 by 2012. These cuts remain despite rising profits and expansion in industry.

These cuts and increased pressures for efficiency mean housekeepers are pushed to clean more rooms at a faster pace. These workers are already overworked and underpaid and putting more pressure on them will likely contribute to a rise in injury rates as the industry continues to expand in the region.

Bad practices in the industry are disproportionately effecting women and people of color. Nationally a wide range of research has shown that women and people of color are particularly vulnerable to workplace injury (Richardson et al. 2003; Frumkin and Pransky 1999; Stellman 1999). These disparities are particularly pronounced among housekeepers (Buchanan et al. 1999). 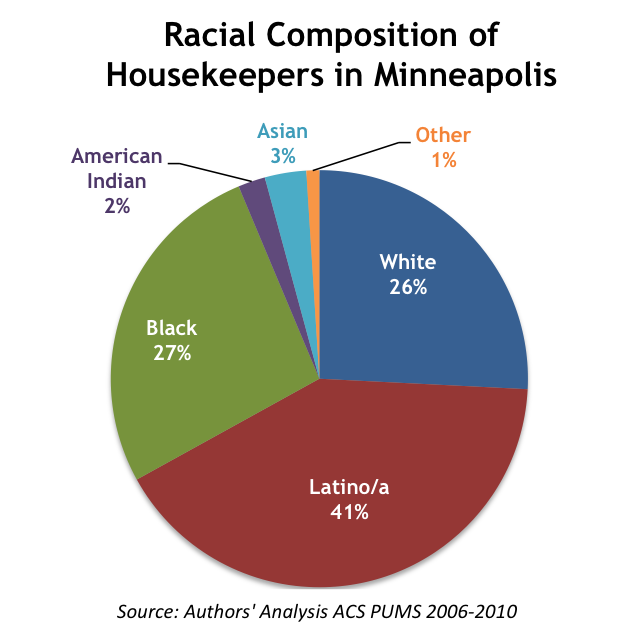 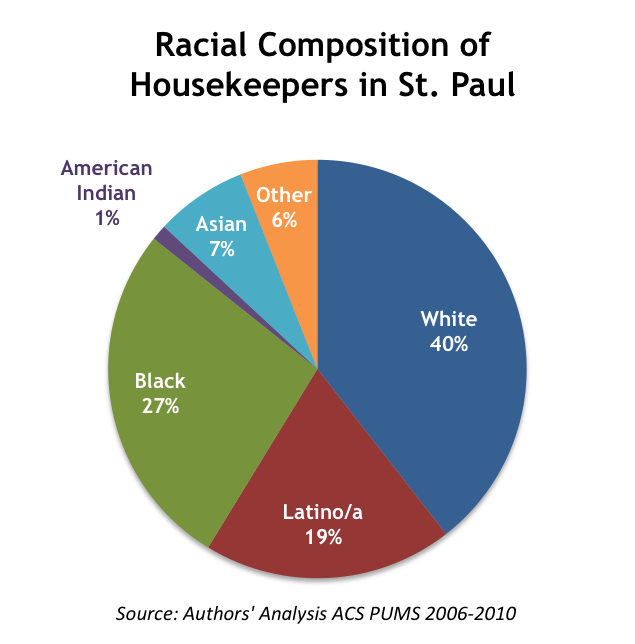 The upcoming All-Star Game and Super Bowl LII in 2018 are great opportunities for our area to bring in revenue and to share all we love about Minnesota with the country. We should not, however, have these events put further strain on workers in the hospitality industry. Industry leaders and policy makers should take three immediate steps to improve working conditions.

First, the appropriate public agency, such as The Center for Occupational Health, needs to commit resources to uncovering the sources and the extent of occupational injuries in the hospitality industry. Second, hotel employers should take immediate action to reduce excessive workloads for housekeepers. Third, policy leaders need to push for increased public oversight of the industry to ensure proper monitoring of workplace conditions throughout the busy summer months.

Through a commitment to high road labor practices we can ensure that industry expansion does not come at the expense of the most marginalized groups in our society. With a better understanding of working conditions and a commitment to improving the lives of hospitality workers by all stakeholders, we will assure that the industry fosters shared prosperity for all Minnesotans.

* This article is the second of a three part series exploring the working conditions in the hospitality industry in the Twin Cities region. The final article will analyze the public cost of poor working conditions in this low wage industry. It will also advance a series of recommendations to promote a tourism and accommodations industry that is good for all Minnesotans.