UPDATED 11/13/2010: There are ghosts, love stories, families, and torture—lots of it—in Mixed Blood’s production of the House of Spirits.  Through much of the play the main character narrates her family’s history, some of it beautiful and ephemeral, from a hostile looking torture chamber. The play, an adaptation of Isabel Allende’s book by the same name, reminds audiences of the atrocities committed during the brutal dictatorship in Chile during in the late 1970s.

For Dr. Ellen Kennedy, Executive Director of World Without Genocide, the House of the Spirits was a perfect opportunity to educate the public about human rights abuses in Latin American.

“We need to educate people about the past,” she said. “It’s ultimately up to us to prevent genocide and to give people the mechanisms to do so.”

This was the goal of a recent conference co-hosted by the Mixed Blood Theater and World Without Genocide, a Twin Cities based organization dedicated to ending genocide. The day-long conference on torture and dictatorship in Latin America culminated in a performance of the House of the Spirits at the Mixed Blood.

Dr. Kennedy, also a human rights activist and professor, steers World Without Genocide toward education and advocacy efforts. According to Dr. Kennedy, it is crucial for Minnesotans to look at Latin American military dictatorship for a couple reasons. There are tens of thousands of Latino immigrants in Minnesota, and many-particularly those from Central America-have been affected.

“This is a local issue,” Dr. Kennedy said. “There are many people who have either been subjected to torture and genocide, or have family and loved ones who were.”

There are also lessons from Latin America that can help activists move forward, as Professor Kathryn Sikkink pointed out. Sikkink, a professor at the University of Minnesota who has written extensively about human rights and international law, told conference-goers that Latin America has been one of the most successful regions in the world in prosecuting former human rights abusers.

In her research, Sikkink has tracked prosecutions in countries that have transitioned into democratic governments, and have then prosecuted human rights abuses by former governments. According to Sikkink’s database, 54 percent of prosecutions worldwide come from Latin America.

“This isn’t because there are inherently more abuses in Latin America,” Sikkink said. “It’s a result of human rights movements and judicial systems organizing together to get prosecutions done.”

Legal experts and activists can and should learn how Latin Americans have done it and, to the extent possible, replicate that process elsewhere.

That process is something Sylvia Horwitz is just starting to learn about, and she’s looking for ways to get more involved. Horwitz, a Minnesotan photographer who has documented the Madres of the Plaza de Mayo, showed the photographs at the Mixed Blood.

Horwitz had gone to Argentina to dance tango, and didn’t know much about the Argentine dictatorship or the Madres-the mothers and grandmothers of children who were kidnapped and “disappeared” by the military dictatorship during the 1970s. But when Horwitz saw the Madres on their weekly march outside the nation’s capitol building she was moved. She later returned to Argentina to photograph their struggle. 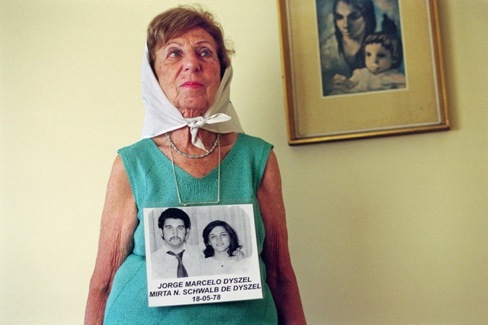 When Horwitz returned to Minnesota she compiled them in a book and exhibited the photos at the Tychman Shapiro Gallery in the Sabes Jewish Community Center in Minneapolis, where Kennedy saw them.

“But now,” Horwitz said, “Now I’ve told them-through my involvement with World Without Genocide and Mixed Blood-where do I go next?”

Dr. Kennedy relies on people like Horwitz to back her in her advocacy efforts. World Without Genocide is currently hoping to help push a resolution through the Minnesota state legislature next spring. The resolution would prohibit health care professionals licensed in Minnesota from complicity in torture anywhere in the world.  They are hosting another conference on November 18 to highlight the legislation. [See sidebar for information on November 18 conference.]

Horwitz says the House of the Spirits was a good reminder of the past, but she is now looking to World Without Genocide to provide her with next steps.

11/13/2010 CORRECTION: When Horwitz returned to Minnesota she compiled them in a book and exhibited the photos at the Tychman Shapiro Gallery in the Sabes Jewish Community Center in Minneapolis, where Kennedy saw them.